Half a century ago, the bald eagle was in danger of extinction. Habitat loss, illegal shooting and food source contamination (largely via the pesticide DDT) decimated the bald eagle population. Conservationists helped lead a remarkable recovery, aided by the government’s banning of DDT in 1972 and passage of the Endangered Species Act in 1973. The bald eagle was removed from the federal list of threatened and endangered species in 2007.

This article touches on why the bald eagle inspires the awe and respect that it does.

“Bald eagles tend to evoke passion and emotion in people that few other wildlife species can match,” says Matt Stuber, the U.S. Fish and Wildlife Service’s Pacific Region eagle coordinator. “Maybe it’s their size. Maybe it’s because they are our national symbol. Or maybe it’s because many people grew up in a time when bald eagles were rare, which made them all the more special. Maybe it’s all of the above.”

Author E.F. Schumacher said: “Eagles come in all shapes and sizes, but you will recognize them chiefly by their attitudes."

Check out this rare (and stunning) video of an eagle attacking an osprey nest.

“Many people think bald eagles are fish specialists, and they are great at catching fish. But eagles are actually generalists, which means they will eat pretty much anything that they can get their talons on,” says Stuber. “Some bald eagles catch muskrats, waterfowl, turtles, goslings, pheasants, gulls and rabbits. Bald eagles are also scavengers, and commonly feed on a wide variety of carcasses. Scavenging is particularly common in the winter months, when live prey is relatively scarce in some areas."

One thing about bald eagles that amazes Stuber is “how adaptable they have shown themselves to be to the presence of humans.” Decades ago, he says, biologists would have said ideal bald eagle nesting habitat was a river environment or marshy area with super-canopy [tall] trees far away from human activity. “And that still is true. But as populations increase over much of their North American range, bald eagles are building nests and raising young in increasingly developed places … even occasionally directly above peoples’ yards and homes."

Bald eagles still face many human-related threats. Among a few cited by Stuber, in no particular order, are:

Today, eagles are protected by at least three laws, the Bald and Golden Eagle Protection Act, the Migratory Bird Treaty Act and the Lacey Act.

“As a kid from Wisconsin, I’ve always found this fascinating,” says Stuber. “The thought of eagles in Florida incubating eggs in the fall and raising young in the winter, as people in the upper Midwest celebrate the New Year underneath multiple feet of snow is pretty amazing to me."

In Alaska, which has 16 national wildlife refuges, bald eagles are almost commonplace.

In the lower 48 states, the bald eagle population is increasing rapidly.

According to 2019 U.S. Fish and Wildlife Service surveys, there are an estimated 316,70 bald eagles in the lower 48, excluding the Southwest, where surveys were not conducted. That estimate is more than four times greater than the 2009 estimate for the same area. 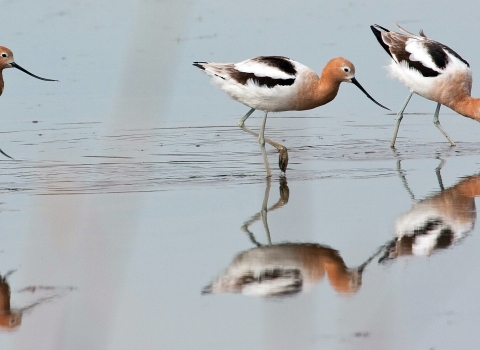 Recreation
Where the Birds Are 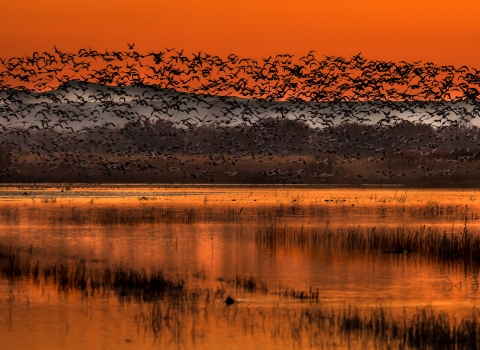