Gopher tortoise head start program? Yeah, we do that!

Image Details
Gopher tortoise head start program? Yeah, we do that!
The National Fish Hatchery System works with an incredible diversity of species that might surprise you.

From fish to mussels, from wild rice to toads and yes, even gopher tortoises. Across the nation our network of national fish hatcheries raise 108 species for conservation – including five species of amphibians, seventy-three species of fish, twenty-five mussel species and two reptiles! This incredible diversity of species requires that we are always learning, adapting, and growing.

“People tend to only associate our work with just recreational fishing, but from the beginning, we have been working to restore declining populations of native fish and aquatic species,” said Nate Wilke, the Service’s branch chief of hatchery operations and applied science.

A primary goal of the National Fish Hatchery system is to help threatened or endangered fish and other aquatic species recover so they do not become extinct. Hatcheries hold imperiled species in captivity and study how to produce them, and then propagate and stock them back into their historical ranges. They also help prevent species from becoming endangered by raising them when they are in trouble but not listed.

The expansion of hatcheries’ duties speaks to the need to look after imperiled creatures. “The breadth of knowledge in raising species in the U.S. Fish and Wildlife Service is massive,” said Wilke. “We have the facilities, the people, and the experience to make this work.”

Gopher tortoises can be found across six states in the southeast, and they are listed as threatened in Louisiana, Mississippi, and parts of Alabama. Warm Springs National Fish Hatchery in Georgia runs a gopher tortoise head-start program to help prevent them from becoming endangered.

Gopher tortoise hatchlings are very vulnerable to being killed or eaten by predators in their first year, so the hatchery raises them past that vulnerable age and then releases them to help boost the population. Gopher tortoises help other species in their ecosystem – black pine snakes, gopher frogs, Florida mice, foxes, skunks, opossums, rabbits, quail, armadillos, burrowing owls, snakes, lizards, frogs, and toads all use gopher tortoise burrows.

Mussels are the undisputed champions of having a name that doubles as a posh insult - Atlantic pigtoe, Carolina Heelsplitter, Texas Fatmucket! Harrison Lake Hatchery in Virginia, like many hatcheries across the nation, raises a host of mussel species. Often overlooked, sometimes considered boring, mussels are super important to improving water quality and have a fascinating life history.

Working with the Virginia Department of Game and Inland Fisheries, the hatchery formed the Virginia Fisheries and Aquatic Wildlife Center, which has released more than 185,000 tagged mussels in Virginia.

Hine’s emerald dragonfly is the only dragonfly on the Endangered Species list. It was believed to be extinct by the mid-1900s, then in 1988, one was found southwest of Chicago. Other small populations were later uncovered in Wisconsin, Michigan, and Missouri. Now Genoa National Fish Hatchery in Wisconsin raises them.

The greatest threat to the Hine’s emerald dragonfly is habitat destruction. Most of the wetland habitat that this dragonfly depends on for survival has been drained and filled to make way for urban and industrial development.

Natchitoches National Fish Hatchery in Louisiana and Tishomingo National Fish Hatchery in Oklahoma raise alligator snapping turtles, the largest snapping turtle in North America. Alligator snapping turtles attract unsuspecting prey by wiggling a small piece of flesh on their tongues like a lure. Once the fish or frog in reach of their gaping jaws, the turtle snaps their mouth closed. They once lived in deep rivers, swamps, canals, and lakes from eastern Oklahoma to northern Florida, but habitat loss and over-harvest have hurt their population. The hatcheries have become experts in alligator snapping turtle culture, and raise turtles for Louisiana, Illinois, Texas, and other states where the big reptile’s future remains shaky.

The Florida grasshopper sparrow is one of the most endangered birds in the continental United States. These small and secretive birds can only be found in dry prairie grasslands of Florida, where loss of habitat over the years have hurt the birds’ ability to thrive. Welaka National Fish Hatchery in Florida is one of several captive rearing sites for the birds that is helping to release them back into the wild.

Tony Brady, the hatchery’s deputy project leader, enjoys having them on site. “We go out in the evenings and watch them,” said Brady, who’s been with the Service 16 years. The birds will stay at the hatchery for about a year before they’re released into the wild. Some may be sent to a facility to be used as breeders.

One hundred and fifty years ago, the U.S. Commission of Fish and Fisheries was created to investigate commercial fish decline and oversee restoration efforts. It was the first federal agency created to study and protect a natural resource. Over the years, we have gone by many names, but from that original and somewhat daunting charge evolved the U.S. Fish and Wildlife Service’s Fish and Aquatic Conservation program. Today we work to conserve threatened and endangered species, restore declining populations of native fish and aquatic species so they don’t become endangered, mitigate the impacts of federal water projects to tribal and recreational fisheries for the benefit of all Americans.

The National Fish Hatchery System is a network of fish hatcheries, fish health centers, fish technology centers, and the Aquatic Animal Drug Approval Partnership program. Working together this network of on the ground and research-based services help us manage aquatic resources, protect the health of our wild and hatchery-raised fish, and recover threatened and endangered species. 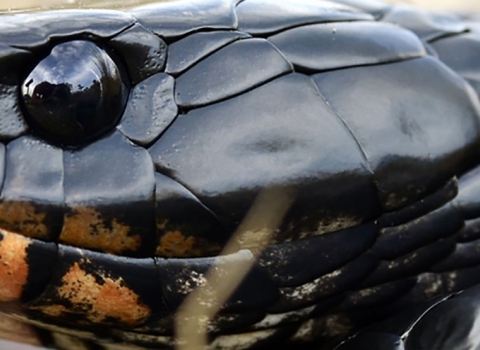