This 15,000 acre site provides a Refuge for both wildlife and visitors. Through wildlife management, species like the endangered black-footed ferret are thriving in the wild and raising their young. The bison herd continues to grow and graze keeping native grasses healthy and robust.

Planting and restoring native grasses and plants provide shelter, food, and nesting materials for wildlife.  As these species and others continue to thrive so do visitors and their experiences. With 20 miles of hiking trails, bicycling, fishing, archery, photography, and nature programs visitors can disconnect from the busy urban world, relax in nature, and get some exercise too!

The Refuge continues to see a steady increase in visitation as more urban people seek opportunities to connect with nature. This Refuge is here for wildlife, our communities, and visitors from all over the world. And best of all, it's free to visit! 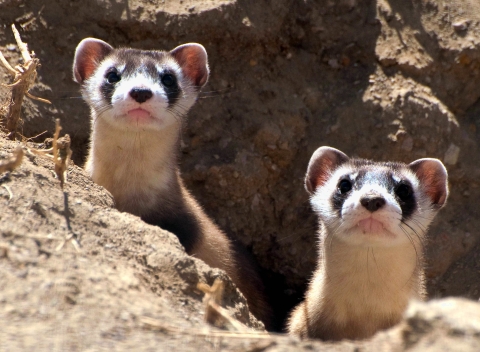 Prior to becoming a Refuge, the Ute and Apache followed large herds of bison and lived off the land. Later, as settlers moved west to start a new life, they began growing crops and grazing cattle.

Following the attack on Pearl Harbor, the U.S. Army transformed the area into a chemical weapons manufacturing facility called the Rocky Mountain Arsenal to support World War II. As production declined at war's end, a portion of the idle facilities were leased to Shell Chemical Company for the production of agricultural chemicals. The Arsenal was later used for Cold-War weapons production and demilitarization. 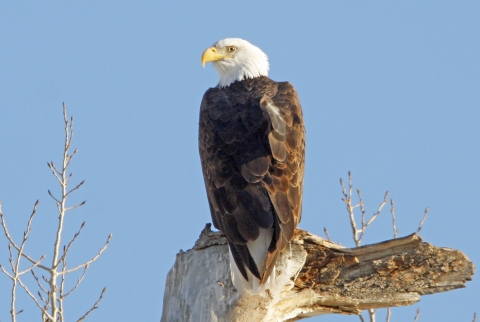 Transition to a National Wildlife Refuge

In the early 1980s, the Army and Shell began an extensive environmental cleanup under the oversight of federal, state, and local regulatory agencies.

In the mid-1990s, a unique public-private partnership formed among the Shell Oil Company, U.S. Army, and the U.S. Fish and Wildlife Service.

As cleanup progressed and projects met federal and state regulatory requirements, the Army transferred land to the U.S. Fish and Wildlife Service to establish (2004) and later expand the Refuge. The Arsenal’s cleanup program was completed in 2010, and the Refuge reached its final size of 15,000 acres making it one of the largest urban refuges in the country.