This story highlights several refuges worth a stop if you’re at neighboring national parks. As you consider the National Wildlife Refuge System-National Park Service pairings below, please remember three things:

Tip from San Luis Refuge outdoor recreation planner Jack Sparks: “To beat the heat, wildlife is most active around dawn and dusk, which is when visitors can most likely observe them.”

Summer at the refuge is a wonderful time to visit the Miller Ranch, which represents settlement, ranching and conservation. The ranch is open from late May through mid-September.

Tip from Iverson: If you visit in winter, take a sleigh ride to get a close-up view of the elk and learn how they survive.

The refuge is best known for winter birding. In summer, manatees can be found in Tarpon Bay, alligators are often visible at dawn and dusk, and sea turtle hatchlings start to emerge from nests in August. The refuge offers free family-friendly education programs through early August. Kids might enjoy the Indigo Trail Wildlife Education Boardwalk, where they can learn to identify animal scat and Get the Scoop on Wildlife Poop (video).

Upper Klamath National Wildlife Refuge and Crater Lake National Park are 25 miles apart on the Volcanic Legacy Scenic Byway.  Rocky Point, a rustic Oregon lodge with a marina, is the gateway to the refuge.

Tip from refuge ranger Steve Rooker: “Early morning or late-afternoon canoe trips are perfect during hot summer months. Visitors can rent a canoe at the marina and paddle directly into the refuge wetland area. An 8.5-mile canoe trail leads through a maze of tule reeds and cattails.” On average, visitors spend about three hours canoeing the refuge.

Along the trail, visitors may see wading birds, waterfowl, otters and beavers. Both the park and the refuge can be enjoyed in a full 12-hour day.

During summer months at the refuge “colorful wildflowers are in full bloom across the prairie grasses. Burrowing owls are nesting in prairie dog burrows. White-tailed and mule deer fawns have white-spotted coats. Cinnamon-colored bison calves can be seen in the bison herd. And songbirds are nesting in prairie grasses,” says former refuge ranger Cindy Souders. “White pelicans, American coots, cormorants and others can be found in refuge lakes. Painted turtles and dragonflies can be seen in wetland areas.”

Not bad for a prairie landscape 13 miles northeast of downtown Denver. With a dozen walking trails and an 11-mile auto tour route, Rocky Mountain Arsenal Refuge is well worth an early morning or evening visit.

“The refuge has much more variety of habitat in a smaller area than Olympic or Mount Rainier Park, and it’s right off I-5,” says former refuge visitor services assistant Peter Yager. “For people who want to take a short morning or afternoon walk and see a variety of birds and other animals, the refuge is ideal.”

The refuge’s Estuary Boardwalk Trail and connecting Twin Barns Loop make a scenic four-mile loop through permanent freshwater wetlands, tidal flats and forest with views of the Nisqually River and Puget Sound. In summer, visitors are likely to see wood ducks and beavers in the wetlands and Caspian terns and harbor seals in the saltwater estuary. Overhead, swallows, American goldfinches, warblers, herons and bald eagles are common.

Tips from Yager: “Early morning is the best time to see and hear songbirds. Wildlife viewing on the estuary is best right after high tide.”

“Summer is one of the best times to see manatees,” says refuge visitor services manager Kim King-Wrenn. “The refuge has an observation deck that overlooks the Haulover Canal, which is a reliable place to spot manatees. What’s great about manatees is that you can see them just about any time of day all summer long. You can also sign up to go on a ranger-guided sea turtle program. These are offered at night to observe the loggerhead sea turtles nesting on the beach. They are presented in cooperation with the National Park Service. You sign up with Canaveral National Seashore, and then you meet at the refuge visitor center.”

And you can kayak on one of the lagoons after dark and enjoy the spectacle of bioluminescent algae. The algae glow especially brightly because there is very little light pollution. “You can see the algae glow any night in June, July or August,” King-Wrenn says, “but the dark of the new moon is best.”

The refuge has seven walking trails, including a short wheelchair-accessible boardwalk trail.

The seashore, on the Maryland side of Assateague Island, offers camping and allows pets. The seashore’s educational and interpretive programs focus on the fascinating historical and natural significance of the ocean and bay.

On the Virginia part of the island, the refuge closes overnight and does not permit camping or pets. However, it does host stunning forest and wetland ecosystems that lend themselves to year-round birdwatching and wildlife photography. Visitors also enjoy miles of walking/biking trails. A must-see is the historic Assateague Lighthouse, which refuge ranger Aubrey Kurtz calls “a cultural treasure.” Crabbing, clamming and fishing also are popular. Universal perks of Assateague Island are the serenity of moments on the beach and the majesty of seeing the world-famous ponies.

“We have a great new visitor center that is open seven days a week where guests can escape the heat, learn about the refuge, shop in our bookstore and watch a video about the refuge,” says former visitor center manager Adrienne McGill. The refuge is the largest oasis in the Mojave Desert. Many of the refuge’s rare and endemic plants are lush, green and in bloom in summer. For those properly prepared for the 100-plus-degree heat, several boardwalks traverse various habitats, where you can see birds, reptiles and the rare and endangered Ash Meadows Amargosa pupfish.

The refuge also features Devils Hole, which has the world’s only wild population of endangered Devils Hole pupfish. Devils Hole, technically a part of Death Valley National Park, is a water-filled cavern whose bottom has never been mapped. “Although it is difficult to see the fish from the viewing platform,” says McGill, “many guests still like to visit Devils Hole and are fascinated by the fish as well as the mystery of our not knowing how deep it goes.”

“Kenai Refuge comes alive in the summer,” says refuge ranger Leah Eskelin. “Every acre is amazing. Every habitat is full of life – from the alpine tundra to the boreal forest and, of course, the world-famous Kenai River.” Most visitors gravitate to the river, she says. “Anglers love it for the salmon and trout fishing. Solitude-seekers love the riverside camping spots along the Upper Kenai River. Hikers love to take the numerous trails to the river banks and mountain vistas overlooking its turquoise waters. Photographers love to spot bears ambling along the river’s gravel bars.”

Tip from Eskelin: “Many Alaskan animals are crepuscular, meaning they are most active just before dawn and after twilight. That doesn't mean much when there are 19 hours of daylight, as there are here in June. So, simply, it’s best to look for wildlife early in the morning before breakfast or late at night after dinner.”

Both refuges offer a range of wildlife-oriented recreational opportunities, from paddling and walking to fishing and hunting.

The Coastal North Carolina Gateway National Wildlife Refuges Visitor Center in Manteo on Roanoke Island is great place to learn all about these two refuges and seven others not far away. 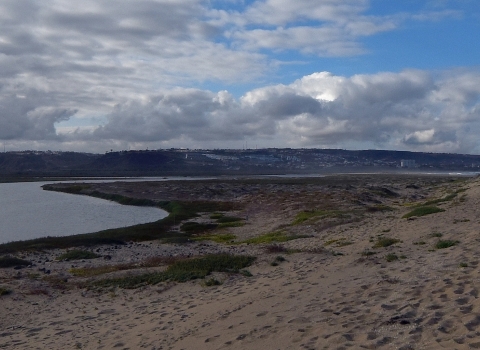 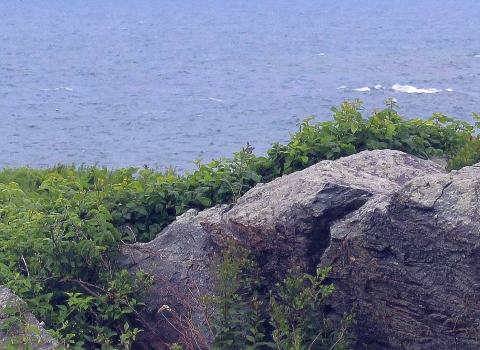