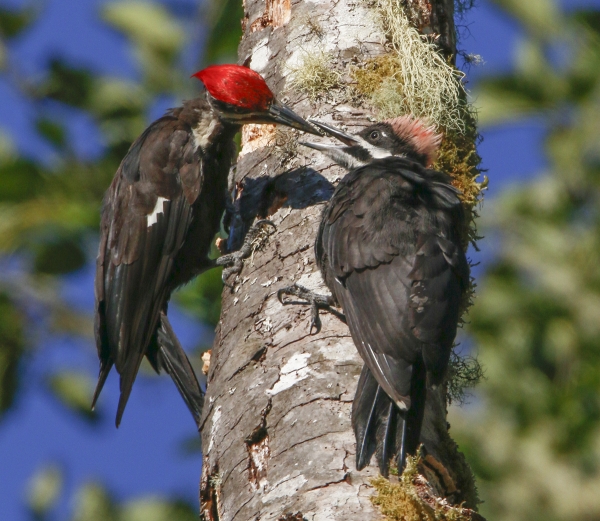 Birding at Siletz Bay NWR is rewarding year round.

SPRING
Flocks of migrating birds and waterfowl swell the ranks of resident and overwintering populations. Some stop only briefly on the estuary to feed and rest, soon resuming their migration north to Arctic breeding areas. A few linger longer before heading farther north, while others remain to join resident populations that will court and build nests in the marshes, meadows, and forests on the fringes of the estuary. Most will be rearing fledglings by season's end. Stay alert for uncommon neotropical migrants such as the Black-throated Gray Warbler, at left.

SUMMER
On the marshes and backwaters of the estuaries, Mallard, Wood Duck, and merganser parents trail trains of fuzzy ducklings behind them. Ospreys hover and dive on their day-long fishing forays, nabbing meals for their hungry and growing broods.

FALL
Thousands of shorebirds migrate along the Oregon coast in the fall, using estuaries as stopover habitat to feed and rest. Shorebird numbers peak in September as they fly south to wintering areas. Tiny Green-winged Teal are the first to show up, usually in September, in their sporadic, darting-and-diving flocks. The first bad weather up north drives other dabblers down—the Mallards, Pintails and Gadwalls. After Thanksgiving, diving ducks pour in with every storm front.

Raptors such as Sharp-shinned Hawks monitor the estuary's margins, alert to unsuspecting prey birds. Siletz Bay and its surrounding estuarine marsh is an excellent place to watch migrating shorebirds and waterfowl.

WINTER
Sea ducks, waterfowl and shorebirds such as the Sanderlings at left are abundant during the winter. Common species include Surf, White-winged and Black Scoters, Buffleheads, Common and Pacific Loons; and Western, Horned and Red-Necked Grebes. Estuaries host wintering ducks, geese, and a variety of raptors.