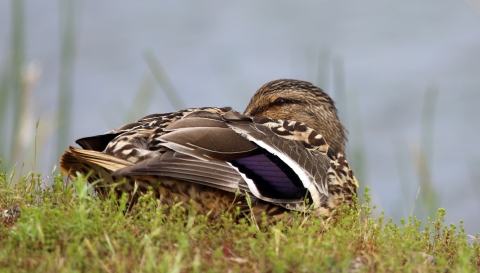 Flocks of migrating birds and waterfowl swell the ranks of resident and overwintering populations. Some stop only briefly on the estuary to feed and rest, soon resuming their migration north to Arctic breeding areas. A few linger longer before heading farther north, while others remain to join resident populations that will court and build nests in the marshes, meadows, and forests on the fringes of the estuary. Most will be rearing fledglings by season's end.

Siletz Bay is host to spring migrations of anadromous fishes, moving through on their way to freshwater spawning grounds. Spring Chinook Salmon usually arrive in May, while Coho Salmon and Cutthroat Trout typically arrive in late summer into fall.

Look also for early-blooming plants brightening the wetlands, including skunk cabbage, Siberian spring beauty, salmonberry and many others. 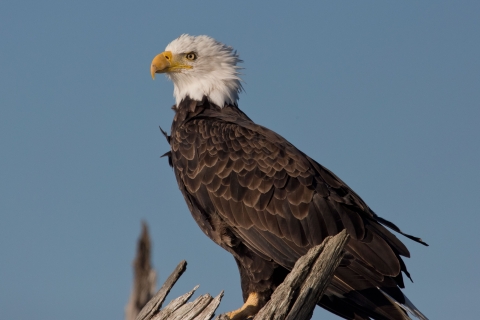 On the marshes and backwaters of the estuaries, dabbling ducks and mergansers trail fuzzy ducklings behind them. Ospreys hover and dive on their day-long fishing forays, nabbing meals for their hungry and growing broods.

Paddlers on the tidal channels may see wading birds such as herons and egrets and catch fleeting glimpses of semi-aquatic mammals such as river otter and mink. Summer-blooming plants such as gumweed and yarrow add color to the expanses of browning tufted hairgrass. 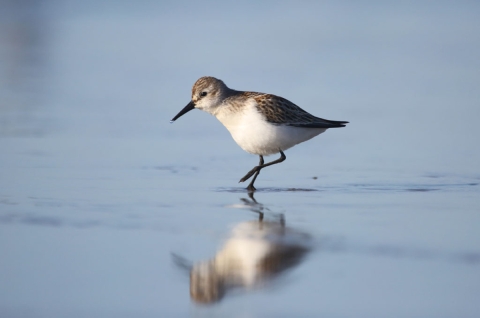 Thousands of shorebirds migrate along the Oregon coast in the fall, using estuaries as stopover habitat to feed and rest. Shorebird numbers peak in September as they fly south to wintering areas. Tiny Green-winged Teal are the first to show up, usually in September, in their sporadic, darting-and-diving flocks. The first bad weather up north drives other dabblers down—the Mallards, Pintails and Gadwalls. After Thanksgiving, diving ducks pour in with every storm front.

Raptors such as Sharp-shinned Hawks monitor the estuary's margins, alert to unsuspecting prey birds. Siletz Bay and its surrounding estuarine marsh is an excellent place to watch migrating shorebirds and waterfowl. 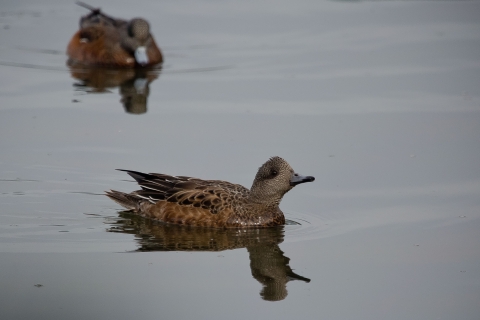 Sea ducks, waterfowl and shorebirds such as Sanderlings are abundant during the winter. Common species include Surf, White-winged and Black Scoters, Buffleheads, Common and Pacific Loons; and Western, Horned and Red-Necked Grebes. Estuaries host wintering ducks, geese, and a variety of raptors. Beyond Salishan Spit, Gray Whales can be seen migrating south along the coast in December and January on their journey to calving grounds in the coastal lagoons of Baja Mexico.

Learn more about salt marsh , mudflats, sandy beaches, sea grass beds and sheltered channels form the complex tapestry of habitats characteristic of estuaries, where rivers meet and mingle with the sea. Though protected from the full force of the ocean’s pounding waves and buffeting winds, estuarine plants and animals must deal with the rigors of exposure, submersion, and fluctuation in salinity with each tidal cycle.