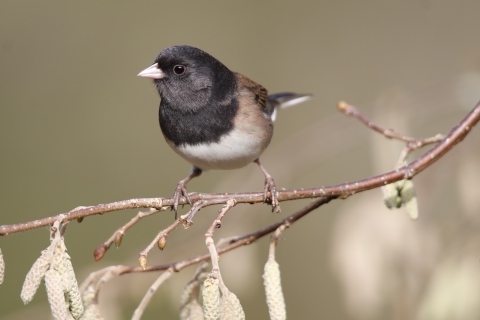 The U.S. Fish and Wildlife Service conserves and monitors plants and animals, manages and restores habitat, and provides outdoor recreation for the public at the nation’s more than 550 National Wildlife Refuges. 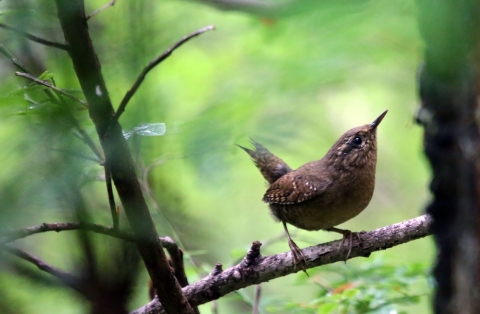 The purpose of the CCP is to map a vision of the refuges' future desired conditions, addressing issues of land protection, public use, types of habitat to be provided, partnership opportunities, and the management actions needed to achieve this vision. This CCP specifies a management direction for the Refuge for 15 years. Visit this website https://ecos.fws.gov/ServCat/DownloadFile/43907 to view the CCP for Siletz Bay National Wildlife Refuge.

Drift Creek, a tributary to the Siletz watershed, provides important spawning and rearing habitat for native salmonids and contains populations of Chinook and Coho salmon, winter Steelhead and Cutthroat trout. Populations of these and other species have been significantly reduced over the past 60 years, as a result of timber harvest, road construction and other activities.

To help salmon, the USFWS and its partners are restoring riparian riparian
Definition of riparian habitat or riparian areas.

Learn more about riparian habitat along Drift Creek.  Thousands of native trees have been planted and invasive species invasive species
An invasive species is any plant or animal that has spread or been introduced into a new area where they are, or could, cause harm to the environment, economy, or human, animal, or plant health. Their unwelcome presence can destroy ecosystems and cost millions of dollars.

Learn more about invasive species like Himalayan blackberry are being removed.  Once the trees mature they will harbor insects which can drop into the water where they become food for juvenile salmon. The trees also create critical shade in the summer that keeps the creek cool, a critical habitat requirement for salmon and trout because cooler water holds more oxygen, making it easier for fish to breathe. And when the trees are exposed to storm events or reach the end of their life, they will fall into or lose branches to the creek which help create pools in the water for small salmon to find cover and food.

A team from Oregon State University and the US Geological Survey conducted research at the Siletz Bay National Wildlife Refuge to better understand climate change climate change
Climate change includes both global warming driven by human-induced emissions of greenhouse gases and the resulting large-scale shifts in weather patterns. Though there have been previous periods of climatic change, since the mid-20th century humans have had an unprecedented impact on Earth's climate system and caused change on a global scale.

Learn more about climate change impacts to tidal wetlands along the west coast of the US.

Siletz Bay NWR was added to a west coast-wide network of salt marsh salt marsh
Salt marshes are found in tidal areas near the coast, where freshwater mixes with saltwater. 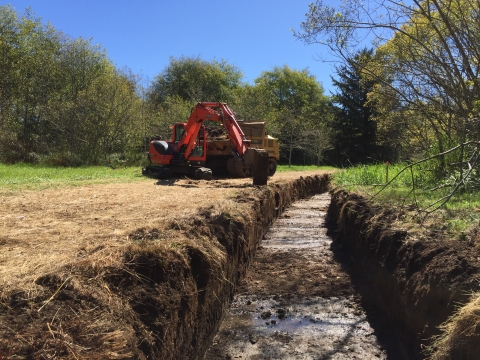 While some refuge lands are acquired in a pristine state, other lands have been modified and require habitat restoration to reach their full biological potential. Restoration can take many forms, including planting native vegetation and restoring natural hydrological function to streams and tidal marshes using heavy equipment. Oregon has lost more than 75 percent of its salt marshes, a vital habitat for many species of wildlife and fish such as Coho Salmon. Habitat restoration efforts have focused primarily on these diked tidal wetlands at Siletz Bay.

Removing the dikes brings back the influence of daily tidal cycles and restores the natural hydrology of the marsh. Native plant species recolonize the marsh, sinuous tidal channels re-form, and fish return to inhabit historic and newly-created breeding and rearing areas.

The mission of the USFWS Law Enforcement division is to protect wildlife and plant resources through the effective enforcement of federal laws. By working with federal, state, tribal and foreign enforcement agencies and other conservation partners, we combat wildlife trafficking, help recover endangered species, conserve migratory birds, preserve wildlife habitat, safeguard fisheries, prevent the introduction and spread of invasive species invasive species
An invasive species is any plant or animal that has spread or been introduced into a new area where they are, or could, cause harm to the environment, economy, or human, animal, or plant health. Their unwelcome presence can destroy ecosystems and cost millions of dollars.

There are a number of federal laws and regulations that guide the U.S. Fish and Wildlife Service’s efforts and goals for our National Wildlife Refuges.