Refuge staff monitor several species to fulfill the refuge's mission. Working cooperatively with the State of Alaska staff assist with aerial surveys throughout the year to monitor the health and productivity of the Southern Alaska Peninsula Caribou Herd. Surveys of brown bear, moose, tundra swans, Pacific black brant, Taverner's and cackling Canada geese, emperor geese, other waterfowl, shorebirds and songbirds monitor population numbers and productivity. Since 1961, refuge staff have captured and banded Steller's eiders (a threatened species) during their molting period on Izembek Lagoon. The data generated by these studies provide wildlife managers with critical population and survival rate information. 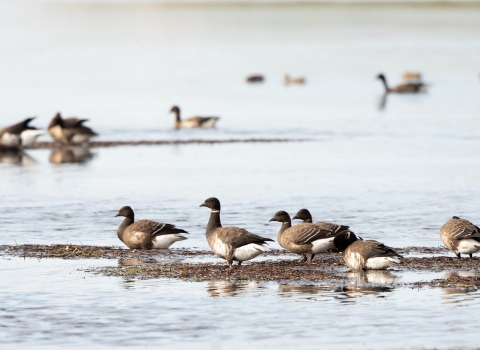 Virtually the entire Pacific Flyway population of black brant use Izembek National Wildlife Refuge as a stopover during the fall migration, allowing for an opportunity to collect data on the current year’s productivity and population size. We've been conducting productivity surveys of black brant at Izembek since 1963 when the first refuge manager initiated this effort. This is currently the... 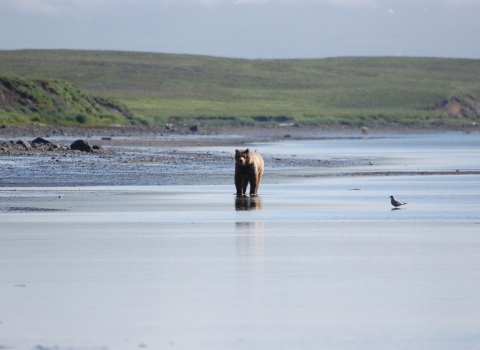 Coastal brown bears on the lower Alaska Peninsula are some of the largest individuals and in one of the densest populations found in Alaska. The Joshua Green River watershed on the northeast side of Cold Bay supports the highest density of brown bears on Izembek National Wildlife Refuge and is used year-round as important natal grounds and denning habitat. Brown bears in this area have very... 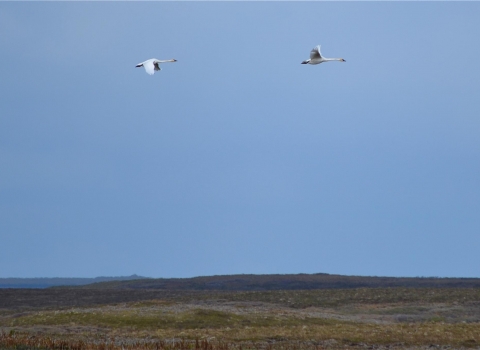 Swans breeding on the lower Alaska Peninsula make up the most southerly and westerly breeding Tundra Swans in North America. Biologists at Izembek National Wildlife Refuge have monitored tundra swans on the lower Alaska Peninsula since 1978 using aerial surveys. These surveys are conducted in the spring and have been useful in identifying key nesting habitats as well as obtaining an index of... 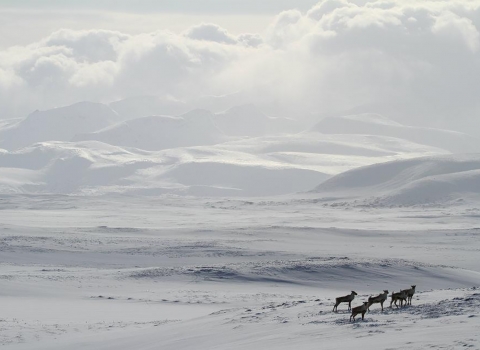 Izembek Refuge is home to both the Southern Alaska Peninsula Caribou Herd on the peninsula from Herendeen Bay to Isanotski Straight and the Unimak Caribou Herd on Unimak Island. We conduct aerial winter surveys in cooperation with the Alaska Department of Fish and Game to obtain minimum population counts of the two herds. Aerial surveys are the primary management tool for determining... 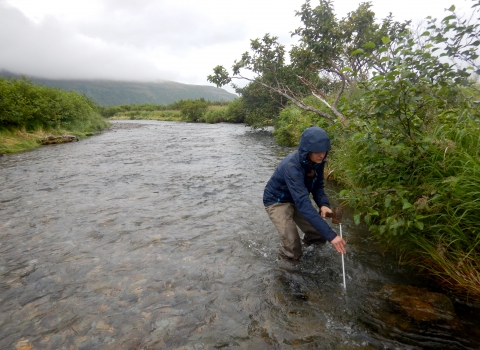 Water is critically important to all the habitats and species found on Alaska’s Refuges, including Izembek. Our Water Resources Branch provides scientific leadership and technical assistance and collects data to quantify ecological water requirements, address physical and ecologic habitat issues, and provide long-term monitoring to assess changes in the hydrologic and aquatic landscape. The... 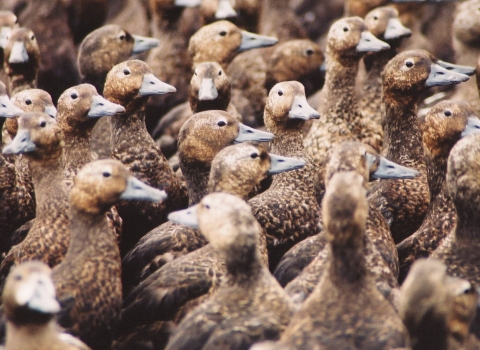 Izembek National Wildlife Refuge has a long history of banding the Steller’s eiders that arrive in the lagoon in the fall to molt (see molt phase below, breeding plumage above). In recent years, Izembek staff have worked with researchers at the Alaska SeaLife Center, the University of Alaska Fairbanks, and other partners to better understand why these birds might be declining in Alaska. To do... 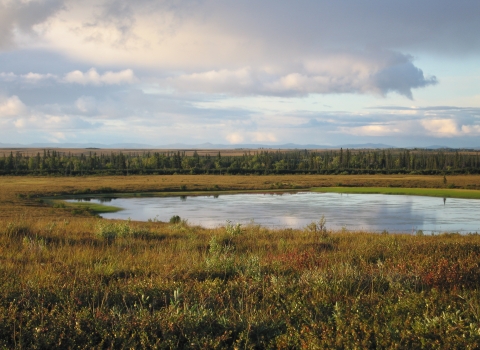 As part of the National Wetlands Inventory, we are mapping and digitizing high priority wetlands in Alaska’s 16 National Wildlife Refuges.

The U.S. Fish and Wildlife Service is the principal federal agency tasked with providing public information on the status and trends of our Nation's wetlands. Our National Wetlands Inventory provides detailed information...

Inventory, Mapping, and Digitizing the Wetlands of Alaska's Refuges 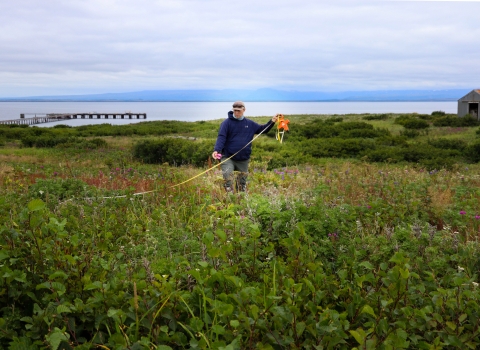 Invasive Species Program staff collaborate with Alaska's National Wildlife Refuge, the State of Alaska and other partners to protect Alaska's lands and waters by working to detect invasive species infestations while they’re still relatively small and have the highest chance of being successfully eradicated. We survey terrestrial, freshwater, and marine environments for invasive plants and...