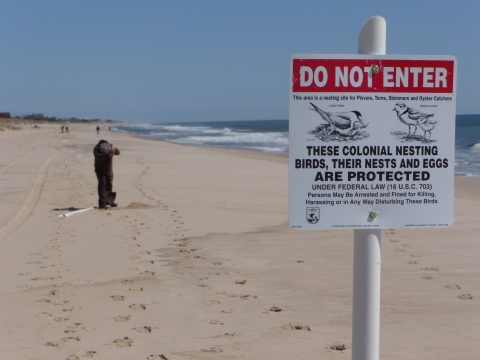 Seasonal interns are hired each year to assist with the high volume of beach nesting bird monitoring during the spring and summer months. In addition to the piping plover exclosures, interns install tern shelters. These allow the young terns to escape predators. Interns also monitor bird locations and species numbers daily. This information is used to estimate regional numbers of these federally and state threatened and endangered species. 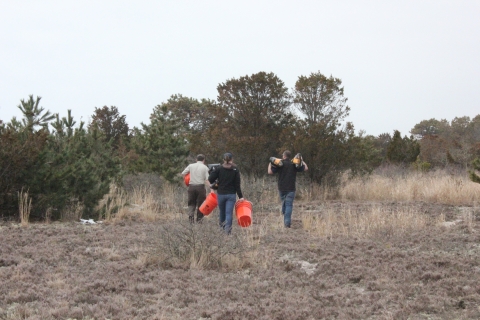 Trapping is a wildlife management tool used on some national wildlife refuges. Trapping may be used to protect endangered and threatened species or migratory birds or to control certain wildlife populations. The U.S. Fish and Wildlife Service also views trapping as a legitimate recreational and economic activity when there are harvestable surpluses of fur-bearing mammals. Outside of Alaska, refuges that permit trapping as a recreational use may require trappers to obtain a refuge special use permit. Signs are posted on refuges where trapping occurs. Contact the refuge manager for specific regulations.

The mission of the National Wildlife Refuge System Law Enforcement program is:

"Through education and enforcement we protect our employees, volunteers, and visitors; safeguard the public’s investment in facilities and equipment; and protect the integrity of the habitat and the wildlife resources of the National trust resource which is the 150 million acre National Wildlife Refuge System.”

To protect the natural resources of the refuge and to provide all visitors with a safe and enjoyable wildlife experience, please observe all refuge signs and regulations in handouts and brochures.