Since 1871 the National Fish Hatchery system has been at work improving recreational fishing and restoring aquatic species that are in decline, at risk, and are important to the health of our aquatic systems. Across the country the network of National Fish Hatcheries work with states and tribes to conserve, restore and enhance the fish and aquatic resources of America for future generations.

Erwin National Fish Hatchery’s purpose is to work with others to provide certified disease free inland salmonid eggs to partners to support recreational fish on a national scale, and through sound science and innovation assist in the recovery of imperiled species for the benefit of all people. 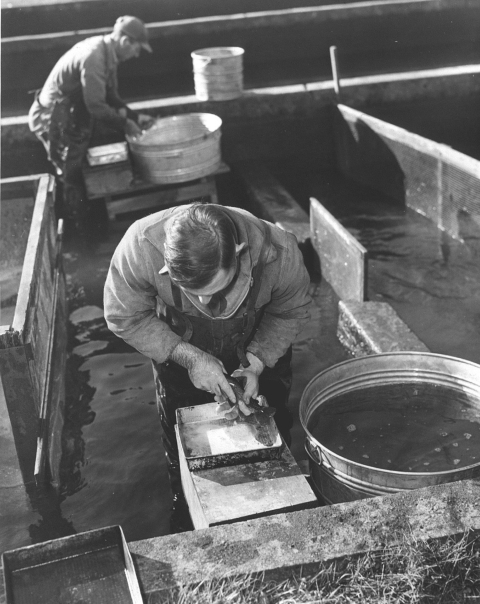 Erwin National Fish Hatchery (ENFH) was officially established in 1897 in Erwin, Tennessee. Erwin NFH is in the heart of the Appalachian mountains, and sits in the valley between Unaka and Buffalo mountains. Authorized by the United States Fish Commission (Later would become U.S. Fish and Wildlife Service) in 1896, agents explored the Tennessee region in search of suitable locations to build a fish culture facility. In a report to the United States Fish Commission in 1896, the agents recommended the current location as the top choice for building a fish station in Tennessee. They remarked on the abundant water flowing from the spring and the close proximity to the railroad as reasons for selecting this location. In early 1897 construction began and by the fall fish were transferred to the new facility and the long history of raising trout at Erwin National Fish Hatchery began. 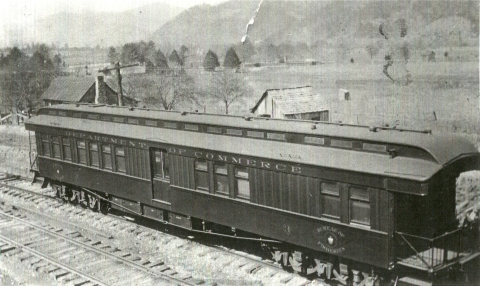 Initially, fish were transported by trains equipped with "fish cars" where fish culturists would manually aerate the water and add more ice as needed along the route. 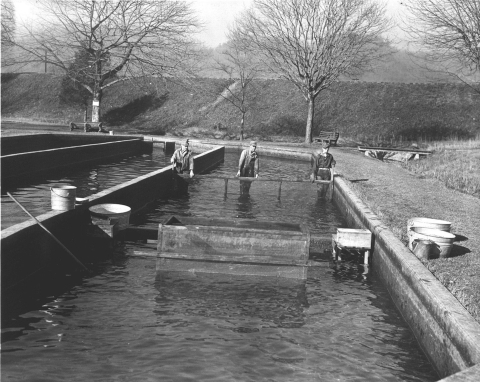 Through the decades that followed Erwin NFH was expanded and adapted to accommodate the public needs of the times. At one time, in addition to trout, Erwin NFH raised largemouth bass, bluegill, and goldfish. 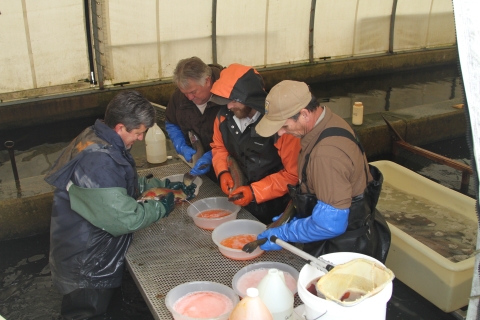 In 1970, it was determined that there was a need for stable sources of trout eggs, and the United States Fish and Wildlife Service Broodstock Program was born. Since it’s inception Erwin NFH is one of the primary broodstock broodstock
The reproductively mature adults in a population that breed (or spawn) and produce more individuals (offspring or progeny).

Learn more about broodstock  facilities in the USFWS National Broodstock Program and is responsible for providing approximately 16 million certified disease free trout eggs annually to hatcheries around the country.

In addition to the major trout egg production, Eriwn NFH has recently began other new programs to aid in the recovery of selected endangered species in southern Appalachia.