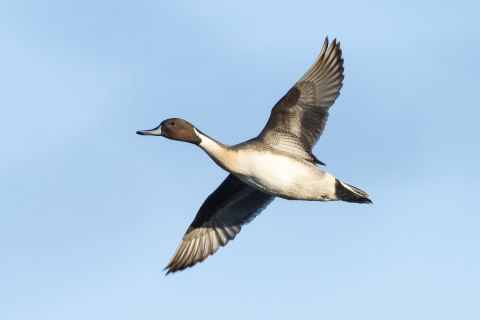 Umatilla National Wildlife Refuge is a network of lands bordering the Oregon and Washington shore lines of the Columbia River. Comprised of five units—three in Washington and two in Oregon—the refuge's 23,555 acres offer a broad collection of habitats, and thus species. Natural and managed wetlands, mixed with native shrub-steppe, provide homes for an abundance of Columbia Basin species.

Providing waterfowl habitat is a major focus of the refuge, but many other species call the place home throughout the year. Spring and fall migration are exciting times to visit the refuge. In the spring, many species come to nest, including burrowing owls and long-billed curlews. Many species of songbirds can be seen and heard within the wetlands—marsh wrens, yellow-headed blackbirds, red-winged 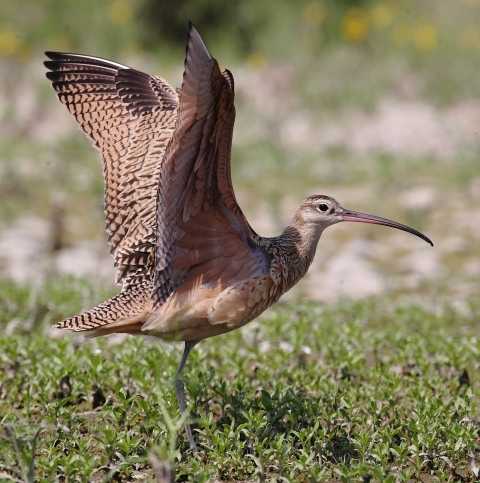 blackbirds and white pelicans arrive with the spring and linger on into the summer season. Summers are warm here, frequently reaching temperatures of over 100 degrees, causing many wildlife species to quietly spend their days

hiding out waiting for cooler morning and evening temperatures.

The refuge shines brightest in the winter as thousands of waterfowl make their return, spending the winter foraging, resting and preparing for the upcoming nesting season. The sharp calls of Canada geese can be heard reverberating on the crisp winter air, with the quack of mallards and the whistle of a pintail blending in.

The mission of the National Wildlife Refuge System is “To administer a national network of lands and waters for the conservation, management, and where appropriate, restoration of the fish, wildlife, and plant resources and their habitats within the United States for the benefit of present and future generations of Americans.”

Umatilla National Wildlife Refuge was original established in 1969 under the authority of the Fish and Wildlife Coordination Act it’s Mission (Purposes) are derived from this law and expanded upon through various public laws, plans, and agreements.

When first encountered by Lewis and Clark and early settlers in the Pacific Northwest, the Columbia River was enormous, wild, and seemingly uncontrollable. Yet for all its enormous flows, the river was nearly unusable in its native state as a source of irrigation water. Early settlers found that agriculture was nearly impossible in most of the hot, arid Columbia Plateau.

A grassroots effort to provide water for struggling small farmers culminated in the construction of Grand Coulee Dam. When it was completed in 1941, it was–at that time–the largest concrete  structure structure
Something temporarily or permanently constructed, built, or placed; and constructed of natural or manufactured parts including, but not limited to, a building, shed, cabin, porch, bridge, walkway, stair steps, sign, landing, platform, dock, rack, fence, telecommunication device, antennae, fish…

Learn more about structure ever built anywhere in the world. Successful construction of it and the other initial Columbia River dams led to increased confidence and enhanced expectations for development of the water and hydroelectric resources in the basin. Within a few decades, more than 400 dams had been constructed, including 11 run-of-the-river dams on the mainstem, and hundreds of major and modest structures on tributaries. These dams tapped into a large portion—21 million kilowatts— of the Columbia's generating capacity. The Columbia River is now considered the most hydroelectrically developed river system in the world.

Umatilla National Wildlife Refuge (refuge) was established subsequent to the authorization of John Day Lock and Dam on the mainstem of the middle Columbia River, as part of the Federal Columbia River Power System. Rivers are transformed by large dams from seasonally fluctuating, dynamic flows of water, into deep lakes, with slow-moving waters. In recognition of this, the U.S. Congress passed the Fish and Wildlife Coordination Act, which requires consultation with the U.S. Fish and Wildlife Service (Service) and state fish and wildlife agencies for federally licensed dams and diversions. Consultation is to be undertaken for the purpose of "preventing loss of and damage to wildlife resources." In addition, the Fish and Wildlife Coordination Act authorizes land to be made available to the Secretary of the Interior for wildlife protection purposes. Umatilla Refuge was established directly as a consequence of the Coordination Act requirements for dams, and as such is often spoken of as a “mitigation” refuge. However, there is no direct language in any establishing documents referencing mitigation.