Image Details
Oxbow National Wildlife Refuge, located 40 miles west of Boston, is one of the eight refuges that comprise the Eastern Massachusetts National Wildlife Refuge Complex. The refuge gives nature enthusiasts various opportunities to enjoy nature with acres to explore, unique species to observe, and numerous year-round activities to enjoy such as photography, hunting, and boating down the Nashua River.
Alert- Maintenance Work on Tank Road

Weather permitting, maintenance work will occur on Tank Road January  through March. Large machinery will be on the road clearing vegetation.

For safety concerns visitors should stay at least 500 feet away from the machinery. 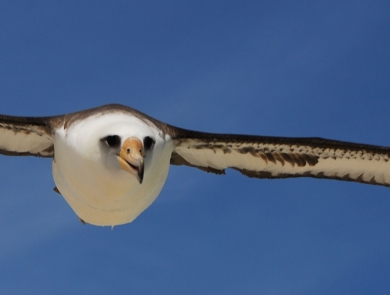 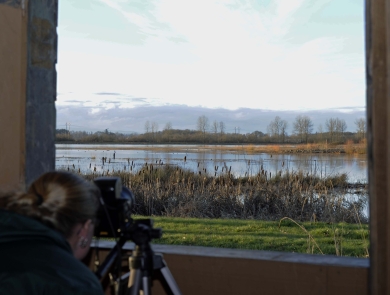 Recreation
Photo Blinds on Wildlife Refuges
These national wildlife refuges are among those with photography blinds or wildlife observation blinds.
Aug 10, 2021
View All News

National wildlife refuges offer us all a chance to unplug from the stresses of daily life and reconnect with our natural surroundings.  There are numerous ways to enjoy the refuge. You can hike the five miles of trails along the riverbank, across oxbow ponds, and through wetland and forest habitat. You can check out educational and interpretative programs at the Bill Ashe Visitor Facility. To get a fantastic view of wildlife, launch your kayak from our boat launch and drift down the Nashua River.

Oxbow National Wildlife Refuge, is one of the eight refuges that make up the Eastern Massachusetts National Wildlife Refuge Complex. Historically, this land was first inhabited by Ingenious peoples of the region, then followed by the colonists and then the U.S. Army. Starting in 1917 this area was a part of Camp Devens, later to become Fort Devens. In 1974 after various land transfers, the refuge land was given to the U.S. Fish and Wildlife Service from the Department of Defense.

The U.S. Fish and Wildlife Service manage the refuge for an assortment of wildlife species, with special focus on migratory birds. Specifically, American woodcock and Massachusetts’s threaten Blanding’s turtle are important species for the refuge. Frequent residents of the refuge include white-tailed deer, fox, turkey, waterfowl, and various species of insects, amphibians, and reptiles. Oxbow, has a diverse array of habitats beneficial to wildlife, including wetlands, forested uplands, old fields, oxbow ponds and of course the Nashua River.

Oxbow National Wildlife Refuge was created for the conservation of a variety of wildlife species, with a special emphasis on migratory waterfowl and birds that are dependent on grassland and shrubland habitat. The refuge biologists conduct several population surveys focused on American woodcock, marsh birds, breeding birds, frogs, and toads. Oxbow currently supports the largest known population in the Northeast of the Massachusetts' threatened Blanding’s turtle. Oxbow is also attempting to control invasive species such as purple loosestrife in unique measures.

Most research, projects, and initiatives on the refuges comprising the Eastern Massachusetts National Wildlife Refuge Complex examine management of avian resources, various public uses, rare, threatened, or endangered species and habitats, and invasive species invasive species
An invasive species is any plant or animal that has spread or been introduced into a new area where they are, or could, cause harm to the environment, economy, or human, animal, or plant health. Their unwelcome presence can destroy ecosystems and cost millions of dollars.