Vision Statement: The Okefenokee is like no other place on earth; where natural beauty and wilderness character prevail. The vision for the Okefenokee National Wildlife Refuge is to protect and enhance wildlife and its habitat, ensure integrity of the ecological system, and embrace the grandeur, mystery, and cultural heritage that leads visitors to an enrichment of the human spirit.

The establishment of the Okefenokee Wilderness by Congress on October 1, 1974, designated 353,981 acres within the existing refuge as a Class I Wilderness. This designation was supplemental to the purposes for which the refuge was established. Wilderness legislation provides additional environmental protection to the refuge from outside influences. This same legislation significantly increases the complexity of decision-making regarding the management of various refuge resources. The Okefenokee Wilderness is administered to preserve wildlife habitat, protect its wilderness character, and devoted to the public purposes of recreational, scenic, scientific, and educational use.

The overall philosophy of the refuge is to provide a quality experience for visitors. Interpretation and recreation management are tools that help the refuge meet its objectives. Optimum habitat and protection for threatened, endangered, and other wildlife species are provided through public-use policies and facility designs. These practices concentrate the impact of the large numbers of people visiting the refuge on a fraction of the area managed. The interpretive program provides exhibits, brochures, films, and signage, as well as live program presentations, which enhance the recreational experience. Accurate, up-to-date, and environmentally oriented educational and recreational experiences encourage constituents to make informed decisions at the local, state, and federal levels. 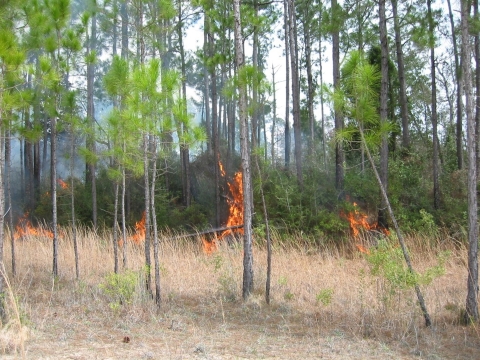 Fire has played an important role in the formation of the Okefenokee Swamp. Fires ignited by Native Americans and early settlers for cultural reasons added to the impacts of lightning-caused fires. Today, prescribed fire is used predominately in the uplands adjacent to the swamp to maintain the longleaf pine/wiregrass community and to reduce fuels that accelerate wildfires. Longleaf pine, along with many of its associated wildlife species, including the red-cockaded woodpeckers, gopher tortoises, and eastern indigo snakes, benefit from fire. Many species of plants have adapted to fire and require it for growth, maturity, and survival. Fire occurs naturally in the swamp mostly due to lightning strikes. Wildland fire is a natural, frequent, and desirable occurrence in the Okefenokee habitat. However, adjacent private industrial forestland, refuge facilities, and the growing urban interface areas create challenges to managing natural fire. Other habitats and private property must be protected from uncontrolled, destructive wildfires. Prescribed burning is a resource and fire prevention tool used to restore habitats and reduce the intensity of wildland fires.

The refuge has many talented staff, interns, and volunteers who work in difficult conditions for the benefit of the plant and animal species who call the refuge home. Each spring and summer, countless hours are spent in the field closely monitoring red-cockaded woodpecker cavities. Using a "peeper" (a long, telescoping pole with a small camera on one end and a monitor at the base of the tree), biologists can observe the nests and monitor egg laying and hatching. Once the young hatch, a series of color-coded bands are placed on the bird's legs. The young continue to be monitored as they fledge, or leave the nest.

The refuge counts 99 red-cockaded woodpecker clusters (a group of trees used by a family group). Of these, 53 are active. Clusters occur in forested uplands surrounding the swamp and on interior islands within the swamp itself. There are 36 active and 23 inactive perimeter clusters, and 17 active and 23 inactive clusters on the interior islands. The refuge's recovery goal is 86 potential breeding groups based on total pine acreage within identified areas. The focus of management is on areas able to support a self-sustaining population of red-cockaded woodpeckers. 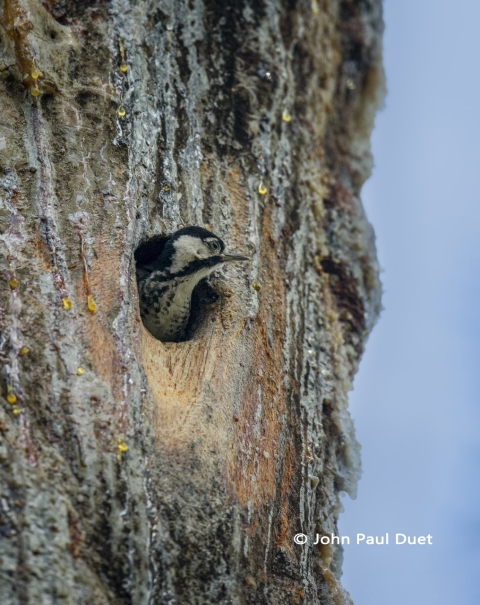 Okefenokee National Wildlife Refuge red-cockaded woodpecker clusters are most likely the remains of a much larger population that once depended on the pine stands surrounding the refuge. Although the refuge currently consists of 24,413 acres of suitable red-cockaded woodpecker habitat, this acreage is not contiguous. The upland forestry compartments that are intensively managed with fire and silvicultural practices comprise 12,444 acres. An additional 11,969 acres is dispersed over 11 interior islands. The clusters are isolated due to fragmentation of the habitat. The mature stands of pine preferred by the birds are separated both by natural swamp vegetation and by private industrial lands. This makes it difficult for groups of red-cockaded woodpeckers to interact regularly and to replace lost or dispersing family members. Four populations have been identified within the refuge and different management strategies have been developed for each.

Thirty-two percent of Okefenokee's red-cockaded woodpecker groups live on the upland islands in the interior of the swamp, accessible only by helicopter. These islands are also within the Okefenokee Wilderness Area. Following the wilderness philosophy, “where the earth and its communities are untrammeled by man,” artificial nest boxes and silvicultural practices are not used in the management of these islands. Fire is the only management tool used to manage habitat on these remote islands. Banding of red-cockaded woodpeckers is not currently conducted on these interior islands due to logistical difficulties. Monitoring the islands for red-cockaded woodpecker activity during breeding season, and checking cavities for suitability, allows the refuge staff to determine the status of the populations, reproductive success, and potential limiting factors.

Refuge land on the perimeter of the swamp is more intensively managed to preserve and promote the native longleaf pine communities. This management has led to excellent habitat conditions with no mid-story problems, good composition of understory species, and an increasing longleaf pine component. Red-cockaded woodpecker adults and nestlings are banded to monitor group size, composition, and dispersal. Artificial cavities (inserts or drilled cavities) are installed to ensure that each cluster has at least four suitable cavities.

In 1998, we began introducing red-cockaded woodpeckers from other populations due to the declining number of active clusters around the refuge perimeter. Between 1998 and 2013, 40 birds were translocated to Okefenokee, of which 28 have remained in refuge populations.

Management goals focus on optimizing habitat for the red-cockaded woodpecker while restoring and maintaining the longleaf-wiregrass ecosystem for all native wildlife species.

Okefenokee National Wildlife Refuge has 44,026 acres of upland forest out of a total of 406,650 acres. About 21,000 acres of the uplands are located in forest management compartments along the perimeter of the Okefenokee Swamp. In addition, Forest Investment Associates manages the timber and recreation on 6,654 refuge acres along Trail Ridge.  The remaining uplands are located on islands within the 353,981 acre Okefenokee Wilderness Area.

Okefenokee’s uplands, like the rest of the coastal plain, were once dominated by fire-dependent longleaf pine communities. Because of changes in the fire regime, indiscriminate timber harvesting, stand conversion, clearing, and settlement of the area, only three percent of longleaf habitat remains in the Southeast. Many of Okefenokee’s longleaf communities are located in poorly drained areas where other species rapidly invade with the absence of fire. Without fire, the understory becomes a tangle of tall hardwood shrubs and vines.  Through the use of prescribed fire, the refuge’s pine habitat is in good condition with older trees reaching approximately 100 years old with a life expectancy of over 300 years and an open park-like understory.

Management activities conducted on the refuge to restore or manage longleaf pine communities include:

Habitat management surveys are conducted on forest management compartments and wilderness islands periodically. Through these surveys, age, size, crown density, basal area, and species composition is determined.  Areas are identified to promote regeneration and establishment of longleaf pines for the habitat needed for red-cockaded woodpecker colonies.  Monitoring also evaluates the effects of prescribed burning and other management practices. 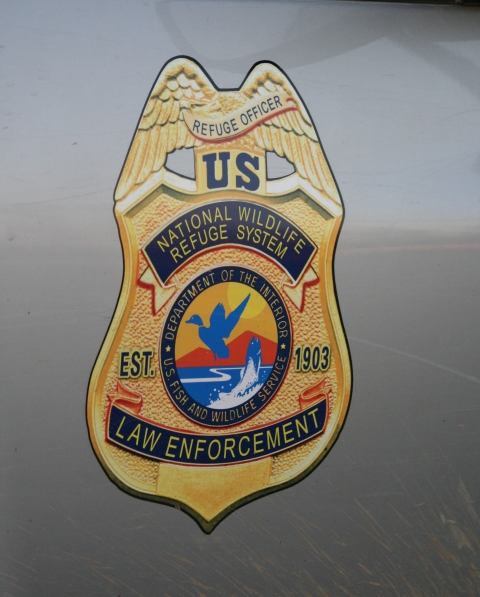