The American black duck uses freshwater refuge wetlands for nesting, and brood rearing during the spring and summer months, and both freshwater and coastal areas during the migration and wintering periods. They may be seen in most refuge inland wetlands, such as the Magurrewock Marshes and along the shores of Dennys and Whiting Bays on the Edmunds Division. 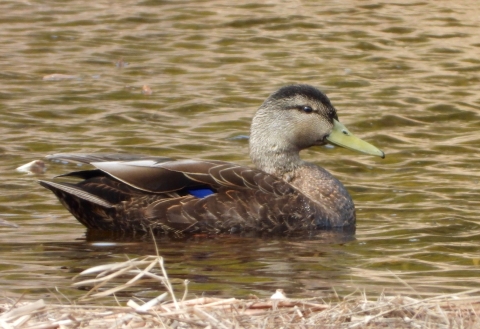 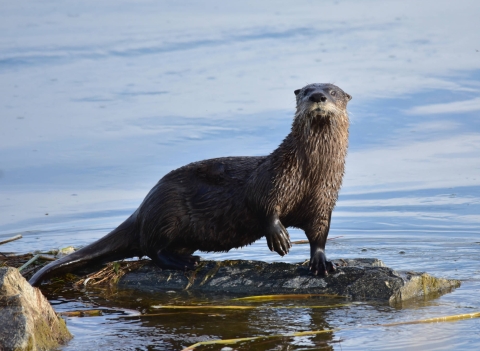 River otter are primarily found along rivers, ponds and lakes throughout the refuge. The species can be found around many of the refuge’s impoundments. In the spring, summer and fall, otter are often seen swimming during daylight hours. In the winter, otter ‘slides’ are often found in areas where otter move from one body of water to another. Otter are more frequently seen at the Baring Division.

American woodcock are studied and managed intensively at Moosehorn National Wildlife Refuge. Timberdoodle, mud-sucker, and mud bat are all local names for the woodcock. Unlike their relatives, these reclusive shorebirds have evolved to live in the forests of eastern North America.

The Atlantic population of woodcock has declined steadily over the past two decades. Loss of habitat through conversion of brush-covered land into house-lots, tree plantations, and mature forests is mostly responsible for their downfall.

Woodcock are best known for their spectacular spring courtship flights. In late April and early May, birders flock to clearings to watch the male woodcock perform.

Sitting in his territory (his "singing ground") the male sings a nasal "peent" every five seconds. After about 20 "peents," he bursts into flight, spiraling high into the sky. He sings to waiting females while his wings whistle as the wind passes through his feathers. He returns to the same spot after each flight and repeats this several times.

Wildlife biologists band woodcock from late spring through early fall. These birds are weighed, sexed, aged, and their bills are measured. The biologists then place a small metal band containing a unique number on one of the birds legs. Banded birds that are recaptured or killed (by predators, accident, or hunters) and found are reported to the US Fish and Wildlife Service via a toll-free number on the band. This information is used to estimate population sizes and migration routes.