The refuge protects habitat within an important east/west running mountain range and provides movement corridors for populations of native ungulates, raptors, and other wildlife.

Condor and other wildlife movements extend beyond refuge boundaries and exemplify the Service’s contribution to a much larger conservation initiative as we partner with public and private landowners. Alongside these charismatic animals, so, too, can lesser known and rare wildlife and plant species thrive within this intact and functioning ecosystem. Also protected on the refuge are Native American cultural resources and remnants of 19th century homesteads.

Historically, the Bitter Creek area was used as a cattle ranch and used extensively by wild condors before all remaining wild condors were brought into captivity in 1987. Interest in acquiring the refuge property was initiated when plans to subdivide the area for development were made public. Conservation organizations maintained that substantial development and the associated increase in human activity would not be compatible with the condors’ use of the area (USFWS 2008a). In 1985, acting under the authority of the Endangered Species Act, with Land and Water Conservation funding, approximately 800 acres of the former Hudson Ranch and adjoining properties were acquired by the Service to conserve plants and wildlife listed as endangered species or threatened species. Although the refuge provides habitat for several listed species, the primary goal for the establishment of the refuge was to preserve essential foraging and roosting habitat for the California condor (USFWS 1975).

Although most refuge lands and outdoor spaces have remained open for the public to enjoy, we encourage you to: 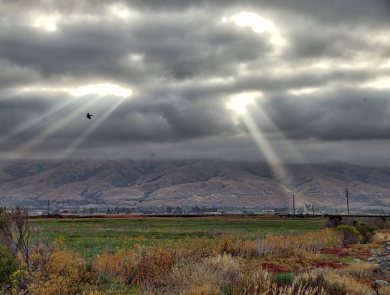 Land Management
The Wildlife Refuges of California
The U.S. Fish and Wildlife Service manages three dozen national wildlife refuges in California. The refuges are land and water set aside for fish, wildlife, plants and, ultimately, people. This article offers a brief photographic tour of a few of them.
Apr 11, 2022 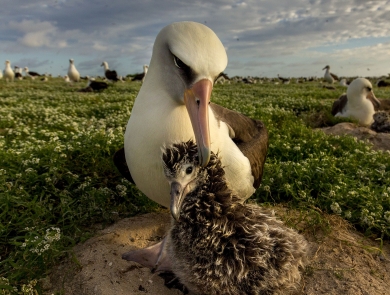 Wildlife Management
Refuges to the Rescue
Many bird species owe their existence at least in part to national wildlife refuges and their conservation efforts.
Jul 23, 2021 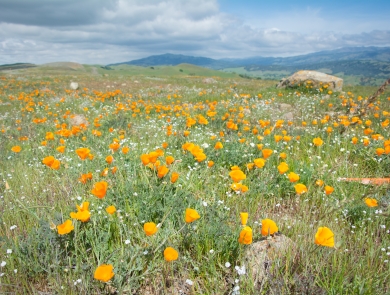 Endangered Species Act
Grazing for Giant Kangaroo Rats
The giant kangaroo rat has made its way back to Bitter Creek National Wildlife Refuge after years of planning, monitoring and hoping. Grazing has helped create the habitat the giant kangaroo rat needs.
Nov 21, 2016
View All News

Although the Refuge is closed to the public, large portions of Bitter Creek NWR can be seen from Hudson Ranch Road, which bisects the Refuge. The Refuge encompasses the rolling foothills between the San Joaquin Valley and the coastal mountain range. Approximately two-thirds of the refuge is open grassland, providing valuable foraging habitat for California condors. Refuge visitors along Hudson Ranch Road may glimpse California condors soaring on warm thermal air currents or perched on steep hillsides, mule deer, tule elk, California quail, golden eagle, owls, and occasionally greater roadrunner.

The Refuge is currently closed to the public and has been since its establishment in 1985 due to the sensitive nature of the California Condor Recovery Program activities, sensitivity of its resources, and rugged terrain.  However, staff and partner-led guided interpretive tours allow for limited opportunities for the public to engage in wildlife viewing and photography.

Friends of California Condors Wild and Free lead hikes at Bitter Creek NWR for events such as National Wildlife Refuge Week in October each year. Please check the homepage for the latest postings on guided hikes.

The part of the Refuge used for guided hiking must remain a safe viewing distance away from California condors to reduce interaction and contact. A small pull-off along the road allows visitors to safely park along the side of the road near the Refuge sign and engage in passive recreation such as bird watching. The Refuge is marked as closed to entry here, and posted signs continue along the road passing through the Refuge.

Wildlife-dependent recreation is also available on adjacent public lands, including the Carrizo Plain National Monument managed by the BLM, and the Los Padres National Forest, managed by the U.S. Forest Service.

Hiking within the Refuge is only allowed during specially guided tours by USFWS staff or members of Friends of California Condors Wild & Free. These usually take place a few times per year, especially during National Wildlife Refuge Week in October.  Please email us if you would like to arrange for a special tour for your organization at hoppermountain@fws.gov

Besides the condor, populations of other endangered and threatened species and species of special concern known to occur in the area have been adversely affected by habitat loss and conversion and invasion of exotic species.

Two of the federally-listed wildlife species are known to occur on Bitter Creek NWR: California condor and San Joaquin kit fox. Habitat for the endangered blunt-nosed leopard lizard and giant kangaroo rat, and threatened Kern primrose sphinx moth exists on the refuge. Surveys would be needed to determine if these species are present on the refuge.

A full list of species found on the refuge is included in Appendix E of the Comprehensive Conservation Plan.

The USFWS and the Santa Barbara Zoo invite you to join our efforts to save the condor. The Nest Guarding program has monitored the successful fledging of 14 wild condor chicks since 2007, and witnessed nesting success grow from about 6% to almost 60%!  Volunteers are required to go through two mandatory trainings, and expected to work independently. Time commitment is two times per month, from the early spring to late fall.  Some observation points require strenuous hiking, or camping overnight.  Volunteers should have their own hiking equipment, high clearance vehicle capable of driving on uneven dirt roads, a good sense of adventure, and a strong desire to assist in the recovery of the California Condor! To inquire for the next training dates, please call (805) 644-5185.

The California Condor Recovery Program has a volunteer internship program. This is 6 month commitment during which time volunteer interns will receive a living allowance of $39 per day of work while working on and around one of two wildlife refuges central to condor activity in Southern CA.

This volunteer opportunity focuses on the management of the free flying population of California Condors in Southern California. Selected applicants will track this population throughout its range using radio telemetry and by ground-truthing GPS transmitter data. Volunteers will observe condor behavior at feeding sites, roosts and nests. Field work requires: the ability to work independently and as a team; work and sometimes camp in remote areas during inclement weather or harsh environmental conditions; travel via ATV, 4WD vehicle, or by foot in steep mountainous terrain; carry 50lb carcasses to feeding sites; keep detailed field notes; follow data collection protocols for the collection and entry of accurate and consistent data; and assist in routine office work.

Check the Texas A & M wildlife job board for the latest position availability.

Become a member of our Friends Organization:

Friends of California Condors Wild & Free is a nonprofit 501c3 organization that has the mission to enhance public awareness of the endangered California condor and ensure that they are protected, healthy, and free.

As a member of the Friends of the California Condor, Wild & Free, you will become a part of a group dedicated to the conservation of an endangered species. Some of our activities include:

Since 1995, the refuge has served as a release site for the California Condor Recovery Program to release condors into the wild.  Condor management activities include:

Learn more about riparian , and wetland habitats that support other plants and wildlife, as well as the condor.

See Appendix D of the CCP for a list of surveys conducted.

Fire preparedness is an important aspect of refuge management. The Service suppresses all wildfires and implements fire prevention and mitigation measures (such as fuel breaks) at the wildland-urban interface (WUI) and roads. The approved update to the Fire Management Plan for Bitter Creek NWR allows prescribed burning in the form of pile burning (USFWS 2001). Pile burning is a low risk use of fire, used primarily in winter, when air quality is less likely to be adversely affected. The Service obtains the required permits to burn from the regional air quality district. Department of the Interior and Service policy require that the Service comply with all air quality regulations and obtain permits for all planned burning on the refuge.

For more information on the FWS Fire crew that is responsible for this refuge, please visit the Fire Management Page.

Previous cultural resource inventories have recorded sites associated with Native American use of the refuge area along with historic-period resources. To date, approximately 7.5% (1,886 acres) of the 14,096-acre refuge has been systematically surveyed as a result of 13 archaeological research projects conducted on the refuge. It is highly probable that additional archaeological sites will be exposed by human actions or natural causes in the future. Previous archaeological research includes the following. In 1982 and 1983, three land parcels were surveyed for cultural resources in anticipation of development for housing within or immediately adjacent to what later became the refuge boundary. As a result, seven prehistoric archaeological resources and three isolated artifacts were recorded within the current refuge boundaries.

Archaeological fieldwork on the refuge since its establishment in 1985 has primarily focused on compliance with Section 106 of the NHPA for a variety of undertakings proposed either by right-of way holders or by the refuge.