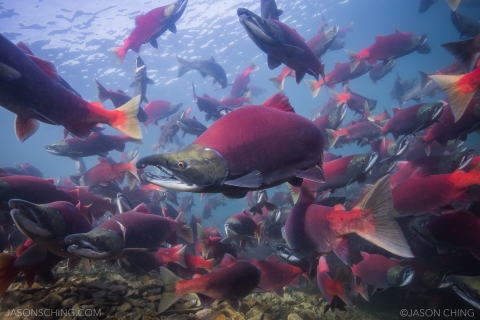 The National Coastal Wetlands Conservation Grants Program annually provides grants of up to $1 million to coastal and Great Lakes states, as well as U.S. territories to protect, restore and enhance coastal wetland ecosystems and associated uplands. The Program is funded by revenues collected...

The conservation provisions of the Farm Bill provide billions of dollars a year for voluntary conservation of soil, water and wildlife habitat on private lands through delivery of financial and technical assistance to...

The Coastal Program partnered with Babcock Ranch, Inc., and the Florida Fish and Wildlife Conservation Commission to develop and implement an invasive species invasive species
An invasive species is any plant or animal that has spread or been introduced into a new area where they are, or could, cause harm to the environment, economy, or human, animal, or plant health. Their unwelcome presence can destroy ecosystems and cost millions of dollars.

Learn more about invasive species management and monitoring plan to restore 884 acres of habitat on the Preserve. Prescribed fire and herbicide were used to remove invasive plants, including Brazilian pepper, cogon grass and water hyacinth. After the treatment, monitoring for amphibians, Florida scrub-jay, and red-cockaded woodpecker will be conducted to evaluate the success of the project.

The Service is proposing to remove the Delmarva fox squirrel, one of the first federally listed endangered species, from the endangered species list. Fox squirrel habitat had declined to 10% of its historic range due to habitat loss from timber harvests and agricultural production. Conservation efforts, such as squirrel reintroductions and habitat restoration, have returned fox squirrels to 28% of their historic range – which is a level biologists believe can sustain the species.

Habitat protection projects, like the Chicamacomico River conservation easements in Maryland, also played an important role in the fox squirrel recovery. The Coastal Program worked with the Maryland Department of Natural Resources and private landowners to protect over 442 acres of salt marsh salt marsh
Salt marshes are found in tidal areas near the coast, where freshwater mixes with saltwater. 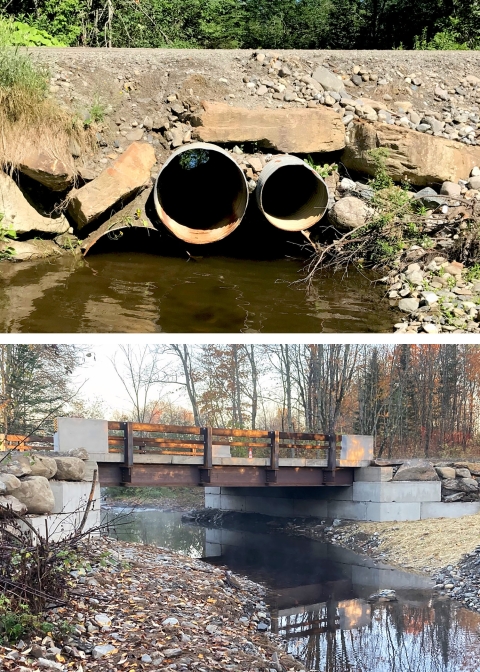 The Coastal Program and the Nature Conservancy have been working together to conserve ecologically important habitats in the rainforest archipelago of Southeast Alaska, including the Harris River watershed on Prince of Wales Island. The watershed is important for salmon and other sport fish, and has been degraded over many years due to periodic logging activities and undersized culvert stream crossings that cause stream channel degradation and create fish passage barriers.

Urban conservation is increasingly important to migrating birds and waterfowl because of habitat loss and fragmentation. In Long Beach, California, the Coastal Program worked with numerous government agencies, conservation organizations, and corporate partners to restore the 18-acre Colorado Lagoon. The lagoon is part of a 500-acre remnant of the Los Cerritos Wetlands, which once included over 2,400 acres of coastal wetlands.

This project also provides an excellent opportunity to educate the public about environmental stewardship. Since 2008, our staff also helped facilitate over 300 community events, including invasive species removals and native vegetation plantings, which were critical to building support for a large-scale restoration project.

Despite its urban location, Colorado Lagoon hosts native salt marsh that provides habitat for over 75 species of marine birds, including the state and federally endangered California least tern. It is also one of the first estuaries along the southern route of the Pacific Flyway where migrating birds can rest and feed after traveling through Los Angeles.

In collaboration with Connecticut's Division of Inland Fisheries and The Nature Conservancy, the Coastal Program restored fish passage on the Anguilla Brook, which eventually flows into Long Island Sound, New York. The project involved the modification of one dam to allow for fish passage, and the removal of another dam. The project reopened 13 river miles and 51 acres of wetlands, which restored the river herring’s entire historic spawning range.

River herring is an anadromous fish that spends most of its life at sea, but returns to freshwater streams to breed. Historically, river herring were an important fishery, well established even before the American Revolution. River herring are also ecologically important as a food source for ospreys, herons, Bald eagles, River otters, Striped bass, Tuna, and whales. Since the 1960’s, herring populations have continued to significantly decline due to overharvesting and loss of spawning habitat. The potential for the river herring be lost forever underscores the importance of habitat restoration and commercial fisheries management.