Why I Took These Shots #4

Image Details
Why I Took These Shots #4
Photographer Lisa Hupp

Lisa Hupp is the U.S. Fish and Wildlife Service communications coordinator for the 16 national wildlife refuges in Alaska. 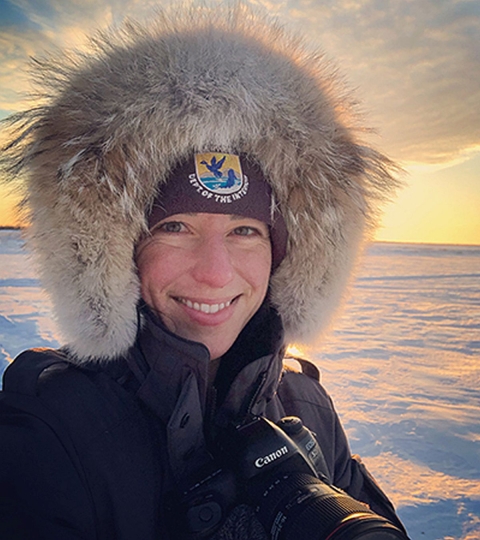 She takes her camera with her whenever she gets a chance to work in the field.

“I love how photography can demand close attention and devotion to place,” Hupp says. “It’s a way to see and share the world, whether you take photos on a phone or with a backpack full of equipment. Alaska’s national wildlife refuges are places of endless possibility for photographers, from dramatic and vast landscapes to charismatic wildlife. There are tiny and subtle details of resilience in harsh places, and there is the complex human interdependence on these lands over thousands of years. These refuges are big, wild and remote; photography can help us to tell their stories.”

The photo above – of a Kodiak brown bear cub reaching for a stalk of cow parsnip at Kodiak National Wildlife Refuge – is one example of such detail.

Below are some more of Hupp’s favorite photos and a bit about how and why she took them.

“There was so much going on with this group of bears as they fished for salmon jumping the falls – so many mini-dramas that played out between the family groups and the singles, everyone angling for the best spot or at least the spot where they wouldn’t get swatted by another bear. This photo captures the story in media res, with every bear in some kind of social and feeding pose, the late afternoon light picking up the color in their fur and the sparkle of the water. I’d hoped to see this scene in person for a long time, and I got lucky that summer while accompanying our bear biologist to check a wildlife camera onsite.”

(CAMERA NOTES: The biggest challenge was to fit all of the bears in the frame. I was shooting with a prime telephoto lens and was backed up high against a hillside, trying not to move much – so I didn’t have many options for composition and framing. 500 mm, f/6.3, 1/1,250 shutter. A rule of thumb for sharp wildlife photographs is a minimum shutter speed of double your lens focal length – so I just squeaked by on this one.)

“Lynx are such specialized predators of the north – they primarily hunt snowshoe hare. They even have a hind foot similar to that of the prey they chase. I was wading in deep snow up to my hips, and this lynx balanced effortlessly on top. She was on her way back into the boreal forest after recovering from a brief sedation. Researchers sedated her to attach a GPS tracking collar, which will allow us to see how she responds to changing hare populations.”

(CAMERA NOTES: I wanted a photo that would show the scale and the luxurious fluffiness of the paw in action. A lot of times we try to capture or intercept the gaze of wildlife, but photos of a creature walking into its natural space can also create interest. The diffused sunny light in this scene was also a matter of luck. 500 mm cropped in, f/7.1, 1/1,600 shutter.)

“Salmon is the lifeblood on so many Alaska refuges, for the wildlife, the plants and people. The tradition of harvesting salmon is sacred here – a way of life that goes back thousands of years. I love seeing the different ways that people prepare their fish, and was so excited to visit this smokehouse on the Kuskokwim, a river that winds through Yukon Delta Refuge and several Alaska Native villages. There were racks of salmon strips out to dry, but this small string against the wall lit up in a sunbeam and stood out to me as ‘red gold,’ an Alaskan term of endearment for sockeye salmon.”

(CAMERA NOTES: Because the interior of the smokehouse was so dim, I set up a tripod for a longer exposure to get this shot. 24mm, f/5, 1/6 shutter.)

“These accidental sculptures of Marston matting are the remains of a tundra airstrip, just a short distance from the beach where U.S. soldiers landed on May 11, 1943, to take back the island of Attu from the Japanese army. The Battle of Attu was the only battle of World War II fought on North American soil, at the very end of the 1,100-mile-long Aleutian Island chain. It took us several days to reach the island – by far the most isolated and remote place I’ve ever been. There was a mist moving through the green hills at the end of the day, and the orange rust stood out in a landscape still healing from the scars of war.”

(CAMERA NOTES: The biggest challenge of photographing in the Aleutians is the weather. I was constantly wiping off lenses and camera throughout the day, and had nothing dry left by the evening. 24 mm, f/9, 1/250 shutter.)

“Alaska Maritime Refuge spans an enormous area of islands and coastline across Alaska. There are even a few tiny islands just across the water from where I used to live in Kodiak. We kayak out in the summer to enjoy evenings on the beaches. There are usually otters, black oystercatchers and eagles all around, but my favorite things to watch are the horned and tufted puffins zooming in and out of their burrows and nests along the cliffs. This tufted puffin stopped for a moment to give me a quizzical look.”

(CAMERA NOTES: Usually I like diffused light rather than full sun for wildlife photos, but the glow of the vibrant orange feet and beak and the contrast with the blue sky made this a fun, colorful image. 500 mm cropped in, f/7.1, 1/800 shutter.)

“I took this photo from the window of a tiny bush plane, flying south from a field camp through storm squalls out of the Brooks Range. There is such a spectacular depth and play of light across this landscape, an epic sense of space and time that just keeps unfolding across mountain ridges and river valleys. I’m not sure any photo I could take would do justice to this place.”

(CAMERA NOTES: Aerial photography as a side project to field crew transport presents many challenges: dirty or scratched windows, turbulent motion, limited scope of view, limited time. It’s usually a case of “take what you can get,” so I take a lot of shots and hope for the best. A fast shutter speed and reasonable depth of field is important to get the landscape as sharp as possible from a moving position. 41 mm, f/8, 1/1,250 shutter.)

“There is an ancient feeling to the high Arctic, a place where diminutive willow forests only a few inches high may be hundreds of years old. The Canning River Bird Research Camp is far north at the edge of the Beaufort Sea; biologists work there during the brief, magical summer season when the tundra comes alive with insects and birds fly in from around the world to nest and breed. The gently rolling brown landscape still had snow and ice on the river banks in late June, and I struggled to photograph the richness of life at the ground level as it disappeared into the vast savannah. This photo was an attempt to capture both the resilient, tiny tundra blossoms of early summer and the sense of ancient cycles, represented by the shed caribou antler.”

“Nature photography can be a revelation in stages – there’s the moment of capture, when you see the subject in its possibility and notice the details that will create composition or texture or catch the light. And then later there is the editing process, when you can take the time to examine the facets of an eyeball or the macro details of hair on a bee leg. I took a whole series of photos as Arctic terns hovered and hunted over a fishing area, and later found so much to see that didn’t appear until the shutter froze their motion. The feathers seem almost ephemeral, and there is a luminosity and grace in every pose that the camera rendered.” 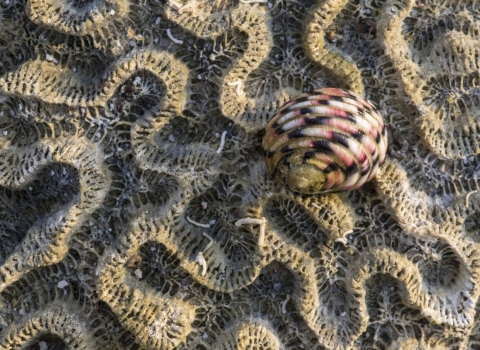