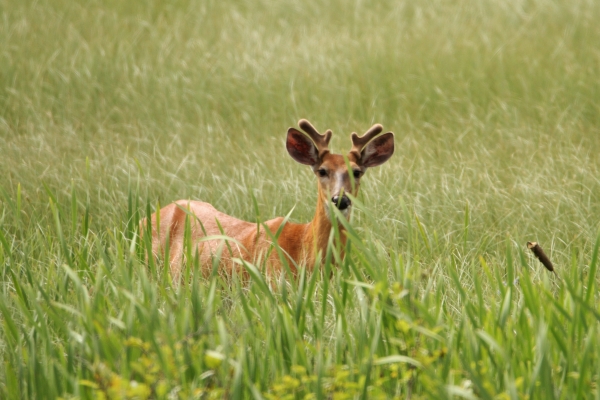 Migratory bird hunting, upland game hunting and big game hunting were expanded in 2015. The Upper Peninsula of Michigan has some of the most storied and traditional hunting camp traditions in the country, with hunters often erecting canvas tents and large cook stoves in the middle of the big woods. This tradition lives on at Seney NWR, where some hunters have been coming for 50 years or more. The deer are not as numerous as in some places, but hunters here know that pursuing white-tails in the big woods is some of the finest sport available. About 75,000 acres of the refuge's 95,000 acres are open to hunting. Hunters here know that less traditional forms of hunting like baiting and ATVs are prohibited, and they can expect a solitary experience. If there is heavy snow, deer move through the refuge en route to their winter yards. Dedicated hunters may also return for a snowshoe hunt of hare or grouse. Woodcock or black bear may be hunted earlier in the fall (Sept. - Oct.)