Learn more about national wildlife refuge created specifically for the protection of bald eagles. Once on the brink of extinction, the bald eagle enjoys the safety of the refuge’s forests and shoreline for nesting and foraging along the upper portions of the Potomac River and its tributaries. Other species observed on the refuge include  wood thrush, white-tailed deer, groundhog, and wood duck.

Elizabeth Hartwell Mason Neck National Wildlife Refuge is adjacent to a rapidly growing metropolitan area where habitat is constantly altered. The refuge provides wildlife a relatively remote area of upland forests and freshwater marshes that extend into the Potomac River. Great Marsh, a 207-acre tidal freshwater marsh, is a valuable feature of the refuge, and is home to one of Virginia’s largest great blue heron breeding colonies.

Elizabeth Hartwell Mason Neck National Wildlife Refuge is dedicated to the protection of the bald eagle and exemplifies the significant efforts, contributions, and successes of conservationists in Virginia. The refuge will continue to protect and enhance regionally important habitat for the bald eagle, migratory birds, and native wildlife and plant species along the tidal Potomac River. We will provide quality wildlife-dependent recreational and educational opportunities, in particular, wildlife viewing and photography. In cooperation with the other agencies in the Mason Neck Management area, we will work to resolve resource issues on the Mason Neck Peninsula.

As early as 1608, Captain John Smith documented the location of a uniquely boot-shaped peninsula located between the Potomac and Occoquan Rivers in what is now southern Fairfax County, Virginia. Smith wrote of the abundance of game and fish on this stretch of the Potomac, which was dotted with villages and camps of the Dogue Indigenous People. By the late 1600s, Native Americans were driven out and their way of life was displaced by the establishment of colonial farm holdings.

The peninsula was named Mason’s Neck to reflect ownership by its most prominent landholder, George Mason II and his three sons. George Mason II introduced plantation agriculture as the primary land use. Open marshes were converted to impoundments, which were managed to support the production of wild rice. Fields were planted initially in tobacco and later in wheat and corn. The land was greatly impacted by these operations, which caused extensive soil erosion and loss of soil fertility. In time, the crop fields were abandoned, and the land reverted back to forest. 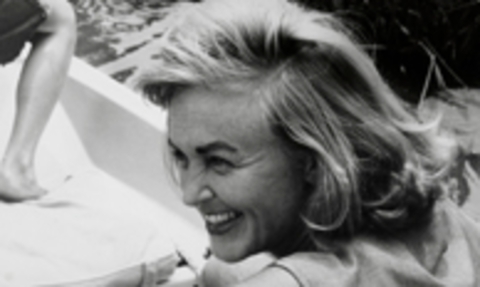 In the early 1960s a developer sought out land on Mason Neck to build a planned community and airport. Elizabeth van Laer Speer Hartwell, a local resident who valued the pristine nature of the peninsula, organized an effort to stop this development. She recognized the potential of the Mason Neck peninsula as a safe haven for the endangered bald eagles along the Potomac River. Armed with enthusiasm and a gift for writing and public speaking, her citizen crusade convinced key Federal, state, and local officials of the value in protecting the Neck and the bald eagle for future generations. Elizabeth Hartwell’s steadfast work resulted in the establishment of the Mason Neck National Wildlife Refuge in 1969, and earned her the nickname of “The Eagle Lady”. On August 6, 2006, Congress approved a name change for the refuge to the Elizabeth Hartwell Mason Neck National Wildlife Refuge in her honor.

Today the refuge continues to provide a stable environment for bald eagles and other wildlife at the edge of a metropolitan area, where habitat is very limited. It also offers opportunities for visitors to enjoy a peaceful experience, immersed in this unique ecosystem.