The primary focus of Elizabeth Hartwell Mason Neck National Wildlife Refuge is to maintain a healthy, mature mixed-hardwood forest for breeding and wintering populations of bald eagles. At the time of refuge establishment in 1969, bald eagles were federally-endangered with less than 500 nesting pairs in the lower 48 states. In 2007, bald eagles were officially removed from the endangered species list following a significant population recovery. Though no longer considered endangered, the bald eagle continues to be protected under federal law, and remains a priority of the refuge. The U.S. Fish and Wildlife Service manages the land for the benefit of this priority species, and uses a comprehensive conservation plan to inform decisions regarding the management actions required on Elizabeth Hartwell Mason Neck National Wildlife Refuge. 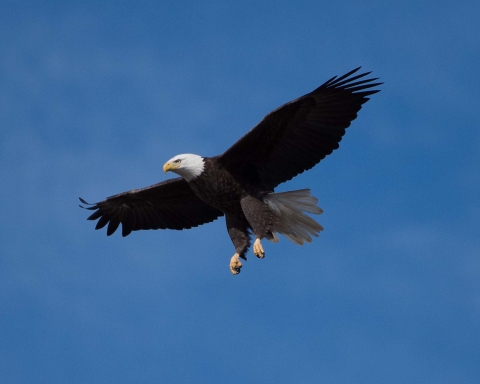 Learn more about national wildlife refuge . The purpose of these plans is to specify a management direction for refuges for a timespan of 15 years. The goals, objectives, and strategies for improving refuge conditions—including the types of habitat to be provided, partnership opportunities and management actions needed to achieve desired conditions – are described in the comprehensive conservation plan. 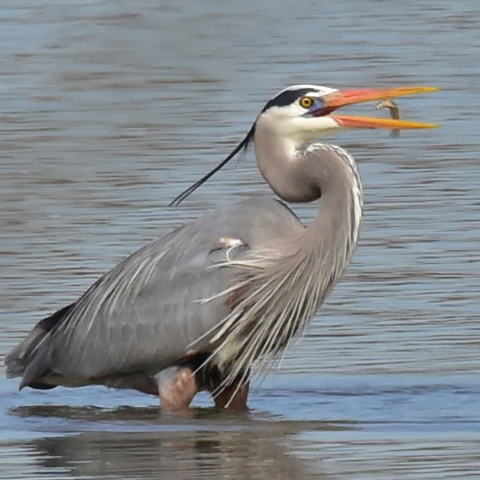 Water levels are lowered in a 90-acre impoundment on the management area during nesting season, to provide feeding areas for juvenile herons and eagles. Elizabeth Hartwell Mason Neck National Wildlife Refuge is home to one of the largest rookeries, or breeding colonies, of great blue herons in Virginia. The colony currently supports 1,250 breeding pairs!

Public access is limited to avoid disturbance of nesting areas.

Hunting is used as a management tool to facilitate habitat recovery, and to reduce the white-tailed deer population. This, in turn, enhances the remaining deer population's health. Hunting also provides quality wildlife-oriented recreation.

Trapping is a wildlife management tool used on some national wildlife refuges, including those in the Potomac River National Wildlife Refuge Complex. Trapping may be used to protect endangered and threatened species or migratory birds, or to control certain wildlife populations. The U.S. Fish and Wildlife Service also views trapping as a legitimate recreational and economic activity when there are harvestable surpluses of fur-bearing mammals. Outside of Alaska, refuges that permit trapping as a recreational use may require trappers to obtain a refuge special use permit. Signs are posted on refuges where trapping occurs. Contact the refuge manager for specific regulations.

Habitat and wildlife management decisions on the refuge are supported by scientific research that considers the needs of wildlife and the conditions of the ecosystem. Additionally, this knowledge informs how we provide wildlife-related education and recreation for the American people.

The Potomac River National Wildlife Refuge Complex participates in the Integrated Waterbird Management and Monitoring program, which provides valuable scientific data to wildlife managers across the country. The surveys for this program are conducted at Elizabeth Hartwell Mason Neck National Wildlife Refuge and Occoquan Bay National Wildlife Refuge to document the number of individuals per species that are using the wetlands during the non-breeding season.  The complex also collects habitat data from the survey sites, such as the type of vegetation and quality of seeds present, which can be used to determine the density of energy sources within the wetlands. This can provide a measure for how effective the habitat will be for supplying food and cover for waterbirds during the winter. 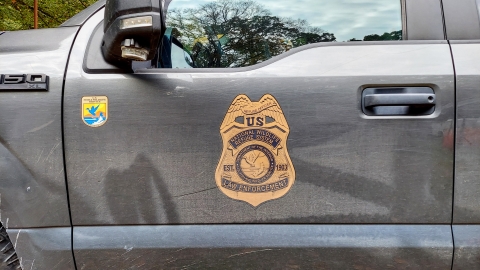 We want you to feel safe here at Elizabeth Hartwell Mason Neck National Wildlife Refuge. Learn more about what to do when you need help. 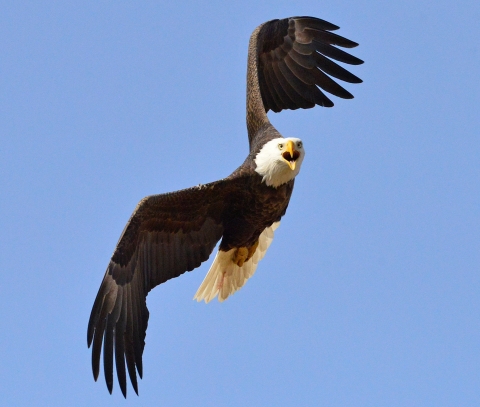 Learn more about national wildlife refuge entails great responsibility. There are several laws and regulations we must abide by for the benefit of the wildlife we protect.