Resource management is one of the number one conservation focuses on the refuge. This ranges from the management of rare habitat types to wildlife population surveys and designated hunt zones. To learn more about how the refuge staff work to manage and conserve these natural resources, check out the Habitat Management page.

Water levels are carefully monitored and controlled to foster desired plant growth. Sometimes, sensitive areas are closed to the public so that the land can recover more quickly. Prescribed burning, mowing, and seeding are also some of the techniques used to help native plants recover on national wildlife refuges.

Standardized ground and aerial wildlife surveys and vegetation surveys are conducted on some refuges throughout the year to inventory populations and document habitat use. Units are evaluated by how well they met habitat and wildlife use objectives.

At Baskett Slough NWR, carefully evaluated management techniques are vital due to the rare habitats found here. For example, wet prairie habitat was once the most widespread type in the Willamette Valley, now less than 1% of this area is left intact. Wet prairie habitat supports birds such as the western meadowlark, streaked horned lark and Oregon vesper sparrow. Several threatened and endangered plant species can also be found there.

Another rare habitat type found on the refuge is the oak savanna. Historically, the oak savanna was the primary habitat type in the Willamette Valley uplands. The cavities of large Oregon white oak trees provide vital nest sites for cavity nesting birds such as the acorn woodpecker and white breasted nuthatch. Associated with this habitat are rare plants such as Kincaid's lupine and golden paintbrush, which are both listed as threatened under the Endangered Species Act. 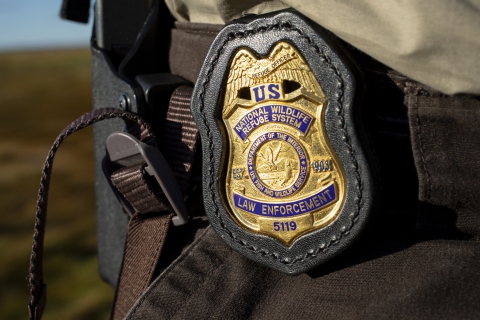