Georgia Partners for Fish and Wildlife

The Partners for Fish and Wildlife Program is a voluntary program to assist private landowners with fish and wildlife habitat restoration on their land. Georgia is the biggest State east of the Mississippi River and more than 90 percent of the land in Georgia is privately owned. Therefore, the future health of Georgia’s land, water, and wildlife depends upon private landowners.

Who are the Partners? Anyone can be a partner: farmers, ranchers, city dwellers, local agencies, private organizations, corporations, government agencies, educational institutions anyone interested in the conservation of wildlife habitat on private lands.

What can Partners for Fish & Wildlife do for you? If you need help solving a land management problem, the U.S. Fish and Wildlife Service can provide assistance, or help facilitate assistance through other agencies, on a variety of issues including:

If your property contains damaged habitat that can be restored for wildlife; or, if you want to manage a portion of you property for wildlife, but don’t know where to begin, we may be able to work with you to develop and implement a plan that meets your needs. On the ground, we can provide certain structures, help move dirt, establish bottomland hardwood trees and other vegetation, and much more.

Technical assistance is also available to landowners through U.S. Department of Agriculture programs and various programs available through the State fish and wildlife agencies and certain conservation organizations. The U.S. Fish and Wildlife Service will assist you in recognizing opportunities within these programs.

In Georgia, the Partners for Fish and Wildlife Program has focused on the restoration of longleaf pine habitat, restoration of degraded streams and riparian riparian
Definition of riparian habitat or riparian areas.

Learn more about riparian (streamside) areas, and restoration and improvement of endangered, threatened, and rare species habitat. Since 1995, approximately 145 private landowners have restored or enhanced about 11,000 acres of fish and wildlife habitat through the Partners Program in the State.

The longleaf pine ecosystem once covered an estimated 90 million acres in the southeastern U.S. Today, less than 3 million acres remain (over 97 percent decline), mostly in the coastal plains of the Carolinas, Georgia, Florida, Alabama, Louisiana, and Texas. Over 30 plant and animal species associated with longleaf pine ecosystems are threatened or endangered, including the red-cockaded woodpecker and the eastern indigo snake. Other rare plant and animal species that are associated with longleaf pine habitats include the sandhills rosemary, Pickering’s morningglory, Bachman’s sparrow, and gopher tortoise.

The Partners for Fish and Wildlife Program in Georgia is working with private landowners to restore and enhance longleaf pine habitat.

Habitat loss is the greatest threat facing wildlife habitat in Georgia today. Georgia’s population has grown to 8 million people in 2000, up 26 percent from a decade ago. As a result, thousands of acres of wildlife habitat are lost each year to accommodate the expanding human population.

Georgia has about 55 species of federally listed endangered and threatened species and many more State listed and rare species. The Partners for Fish and Wildlife Program has assisted landowners with projects that restore and enhance habitat utilized by these rare species. For example, the Partners Program in Georgia has assisted landowners in restoring and enhancing nesting and foraging habitat for the endangered wood stork.

Some projects have included assisting landowners in obtaining fish for foraging ponds and controlling undesirable understory vegetation in wood stork nesting ponds. The Partners Program is also working with The Nature Conservancy on private land in south Georgia to manage a population of a rare plant species, Radford’s dicerandra, a member of the mint family. This population is one of only two populations known in the world.

Streams and riparian (streamside) areas in Georgia are important to many fish and wildlife species. Many streams are degraded due to human disturbance. The Partners Program is working with the Georgia Soil and Water Conservation Commission to assist landowners in restoring the integrity of streams and riparian areas by fencing out cattle and reestablishing buffer areas. This reduces erosion and stabilizes the streams. Costs of these projects generally range from $1.25 to $4.00 per linear foot.

The Partners Program also assists landowners in stabilizing stream banks and riparian areas by installing tree revetments (cut trees placed along an eroding stream bank to reduce erosion and help stabilize the bank) and planting trees. These in-stream projects range from $25 per foot up to $45 per linear foot. These stream restoration projects may also benefit rare, endangered, and threatened fish species, such as the robust redhorse, Conasauga logperch, Amber Darter, and blue shiner; and several mussel species, such as the shiny-rayed pocketbook, southern acornshell, and purple bankclimber.

The longleaf pine ecosystem once dominated much of the forest landscape in the coastal plain of Georgia. Currently this endangered ecosystem exists only in a few scattered areas in the State.

In Georgia, the Partners Program is working with the Georgia Forestry Commission, the Longleaf Alliance, the National Fish and Wildlife Foundation, and other organizations to help landowners restore and enhance the longleaf pine habitat. An important component of this ecosystem is the ground-cover of wiregrass and other herbaceous plants. To fully restore this ecosystem, the Partners Program assists landowners in implementing prescribed fire programs. Restoration costs for longleaf pine habitats generally range from $175/ acre up to $350/acre. Enhancement of longleaf ecosystems usually costs anywhere from $12/acre (for prescribed burning) up to $120/acre (for midstory removal).

The Partners for Fish and Wildlife Program has been active in Georgia since 1995. Since that time, partnerships with private landowners and the U.S. Fish and Wildlife Service have achieved the following results:

[Back to Home | Back to Projects & Research]

Partners for Fish and Wildlife
The Partners for Fish and Wildlife Program provides free technical and financial assistance to landowners, managers, tribes, corporations, schools and nonprofits interested in improving wildlife habitat on their land. Since 1987, we have helped more than 60,000 landowners restore more than 7...
Program
Falls Church, VA 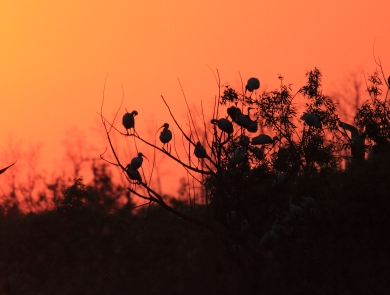 Highlights from the Georgia ES Field Office
Check out the latest happenings at Georgia Ecological Services!
May 4, 2022 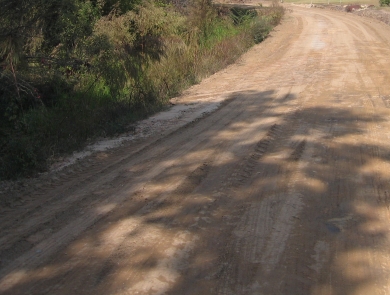 Habitat Restoration
Partners fix roads, and habitats, in southwest Georgia
Watersheds across southwest Georgia face a number of threats: irrigation; development; sedimentation; impoundments; and more. Fish, mussels, and migratory birds all suffer from the degradation of habitat. Partners for Fish and Wildlife, along with local and nonprofit groups, though, has undertaken...
Sep 1, 2021