Bull trout were once abundant and widely distributed in Oregon's Willamette Basin, including the Clackamas River. They were an important component of the river’s native fish assemblage that evolved over thousands of years. Unfortunately, this native char was extirpated from the Clackamas River Subbasin and had not been seen in the Clackamas River since 1963. Bull trout were listed as threatened under the Endangered Species Act in 1998. Since then, we've been working with partners to recover this rare fish and restore the species to areas from which it has been lost, like the Clackamas Subbasin. 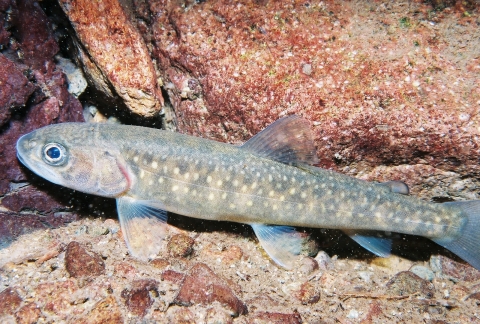 The Clackamas River Bull Trout Reintroduction project was a lofty idea long before it was a reality. In 2011, after several years of planning, the Service, in cooperation with Oregon Department of Fish and Wildlife (ODFW), U.S. Forest Service, and other project partners, decided to establish a nonessential experimental population of bull trout in the Clackamas River and its tributaries in Clackamas County, Oregon, under section 10(j) of the Endangered Species Act of 1973. The overall goal was to re-establish a self-sustaining population of spawning adults by the year 2030.

Based on findings from a 2007 Clackamas Bull Trout Reintroduction Feasibility Assessment, we believed this reintroduction would be biologically feasible and promote the recovery of the species. Both proved to be true. Together with ODFW and other partners, we began translocating multiple life stages of bull trout from the Metolius River to the Clackamas River in July 2011. 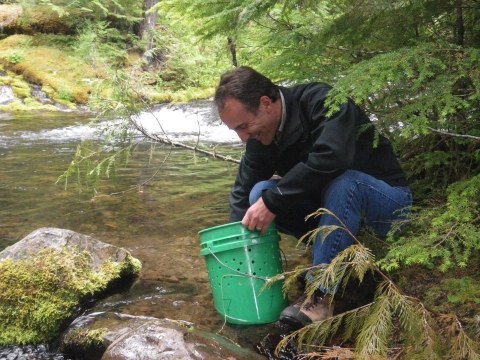 Encouraging news came almost immediately. In October of 2011, a pair of radio-tagged bull trout digging a redd in Pinhead Creek were captured on video by ODFW staff. Several days later, the same two fish were captured on video again excavating a second redd a short distance downstream from the first. These observations were the first documentation of spawning by bull trout that were reintroduced into the Clackamas River in late June and early July of 2011, after a 50-year absence from the watershed.

We released bull trout annually in the upper Clackamas River through 2016 and continue to monitor this reestablished population closely with ODFW and the U.S. Forest Service. Recent surveys suggest bull trout are slowly expanding throughout the upper watershed.

We are grateful for the many partners that made this reintroduction possible, including ODFW, U.S. Forest Service, National Marine Fisheries Service, Confederated Tribes of the Warm Springs, and PGE.

Columbia River Fish and Wildlife Conservation Office
CORONAVIRUS (COVID-19) UPDATE Although most hatchery lands and outdoor spaces have remained open for the public to enjoy, we ask that you Recreate Responsibly. The CDC recommends all individuals wear a mask indoors in public in areas of substantial or high transmission. Recognizing that most of...
Conservation Office
Vancouver, WA

Oregon Department of Fish and Wildlife