The Recovery Program is now in the final phase of recovery, focusing on the creation of self-sustaining populations. We are placing increased emphasis on the captive-breeding and reintroduction of California condors to the wild and the management of that wild population. These efforts combine trying to reduce the threat of lead with actively managing nesting in the wild to increase the number of wild fledged chicks.

The goal of the California Condor Recovery Plan is to establish two geographically distinct self-sustaining populations, each with 150 birds in the wild and at least 15 breeding pairs, with a third population of condors retained in captivity. As the Recovery Program works toward this goal, the number of release sites has grown. There are three active release sites in California, one in Arizona and one in Baja, Mexico. 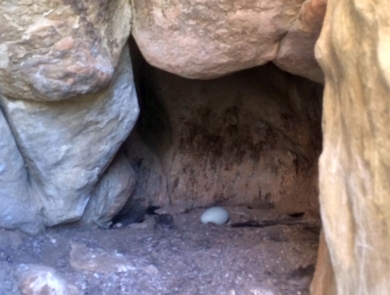 Wildlife Management
California condor chick hatches on ‘Condor Cam’
The Condor Cam returned for the seventh year with a live streaming video, and on May 14 at 05:42 am, viewers around the world got a real-time look at a hard-won conservation success story with a first sighting of a freshly hatched condor chick.
May 19, 2022
View All News