The U.S. Fish and Wildlife Service today announced a proposal to list the tricolored bat as endangered under the Endangered Species Act (ESA). The species faces extinction due primarily to the range-wide impacts of white-nose syndrome, a deadly disease affecting cave-dwelling bats across the continent.

Bats are essential for healthy ecosystems and contribute at least $3 billion annually to the U.S. agriculture economy through pest control and pollination. The growing extinction crisis highlights the importance of the ESA and efforts to conserve species before declines become irreversible.

The tricolored bat is found east of the Rocky Mountains in 39 U.S. states and the District of Columbia; in four Canadian provinces from the Atlantic Coast west to the Great Lakes; and in portions of eastern Mexico, Guatemala, Honduras, Belize, and Nicaragua.

The proposal to list the tricolored bat comes after an in-depth review found that the species has declined so dramatically across its range that it now meets the definition of endangered under the ESA. White-nose syndrome has caused estimated declines of more than 90 percent in affected tricolored bat colonies and is currently present across 59 percent of the species’ range.

The disease driving their decline is caused by the growth of a fungus that sometimes looks like white fuzz on bats’ muzzles and wings. The fungus thrives in cold, dark, damp places and infects bats during hibernation. Impacted bats wake up more frequently, which often results in dehydration and starvation before spring arrives. Only bats are known to be affected by white-nose syndrome, which has been confirmed in 38 states and eight Canadian provinces.

Tricolored bats are vulnerable to the disease during the winter, when hibernating in caves and abandoned mines and tunnels. During spring, summer, and fall, they roost primarily among leaf clusters of live or recently dead trees, emerging at dusk to hunt for insects over waterways and forest edges.

While white-nose syndrome is by far the most serious threat to the tricolored bat, other threats now have a greater significance due to the dramatic decline in the species’ population. Those threats, which are exacerbated by climate change climate change
Climate change includes both global warming driven by human-induced emissions of greenhouse gases and the resulting large-scale shifts in weather patterns. Though there have been previous periods of climatic change, since the mid-20th century humans have had an unprecedented impact on Earth's climate system and caused change on a global scale.

Learn more about climate change variables such as changes in temperature and precipitation, include disturbance to bats in their roosting, foraging, commuting, and wintering habitats and mortality at wind energy facilities.

The Service has a strong foundation in place for working with stakeholders to conserve bats while allowing economic activities within the range to continue to occur, and will continue to build on these in light of the tricolored bats endangered status. For example, through the use of habitat conservation plans, wind energy projects can move forward after minimizing and mitigating their impacts to tricolored bats.

The Service has determined that designating critical habitat is not prudent because current or threatened destruction, modification, or curtailment of the species’ habitat or range is not having large rangewide effects on the species. Furthermore, identifying locations of bat roosts may increase risk of direct harm to tricolored bats or modification and vandalism of their habitat.

The proposal follows the March 2022 announcement of a similar finding for the northern long-eared bat, which the Service recommended should be reclassified from threatened to endangered due largely to white-nose syndrome. Endangered species are those that are in danger of extinction, while threatened species are defined as likely to become endangered in the foreseeable future.

When a species is listed under the Endangered Species Act, the Service works with industry and others to find strategies to avoid take (harming, harassing, killing) using our various conservation tools, authorities, and programs authorized under Section 7 Section 7
Section 7 Consultation The Endangered Species Act (ESA) directs all Federal agencies to work to conserve endangered and threatened species and to use their authorities to further the purposes of the Act. Section 7 of the Act, called "Interagency Cooperation," is the mechanism by which Federal agencies ensure the actions they take, including those they fund or authorize, do not jeopardize the existence of any listed species.

Learn more about Section 7 and Section 10 of the Act. These tools include consultation and habitat conservation plans that provide management flexibility and predictability for landowners, project managers and other non-federal groups while providing long-term conservation for listed species. The Service is working with a number of federal agencies under section 7 and non-federal entities under section 10 in anticipation of the potential listing of the tricolored bat.

To address the growing threat of white-nose syndrome to the tricolored bat and other bats across North America, the Service is leading the White-nose Syndrome National Response Team, a coordinated effort of more than 150 non-governmental organizations, institutions, Tribes, and state and federal agencies. Together we are conducting critical white-nose syndrome research and developing management strategies to minimize impacts of the disease and recover affected bat populations. To date, this effort has yielded scientific advancements that include identification of critical information about white-nose syndrome and its impacts on North American bat species. We developed and are using disease surveillance tools to monitor spread and impacts, and we’re testing biological, chemical, immunological, genetic and mechanical treatments in a number of states to improve bat survival.

The best available scientific and commercial information was used to assess the status of the tricolored bat. Comments are invited on the proposed rule to list the tricolored bat as endangered, which appears in the September 14, 2022 Federal Register. Comments on the proposal may be submitted through November 14, 2022 by one the following methods:

Comments should be sent only by the methods described above. All comments will be posted on http://www.regulations.gov. This generally means that any personal information provided will also be posted.

The Service will evaluate all information received during the comment period and will announce a final decision within 12 months.

More information on white-nose syndrome and the Service’s efforts to combat it can be found at www.whitenosesyndrome.org.

Learn more about the tricolored bat. 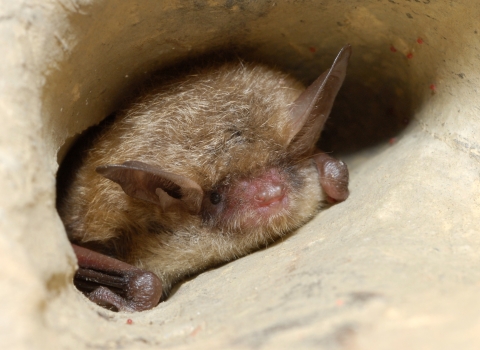 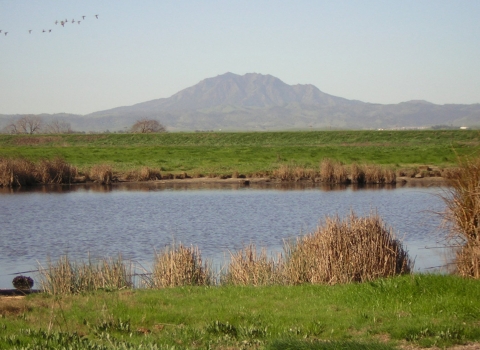