Image Details
Willard National Fish Hatchery is among a network of hatcheries in the Columbia Basin that were constructed to ensure the continued survival of salmon and steelhead runs. This hatchery was opened in 1953 to compensate for the loss of upstream habitat due to hydroelectric projects.

Willard is a rearing facility only, adult salmon cannot make it back to the hatchery due to large waterfalls on the Little White Salmon River. The hatchery returns many more young salmon than would occur through natural spawning alone. Nearly one million salmon are returned to the Columbia River system yearly. 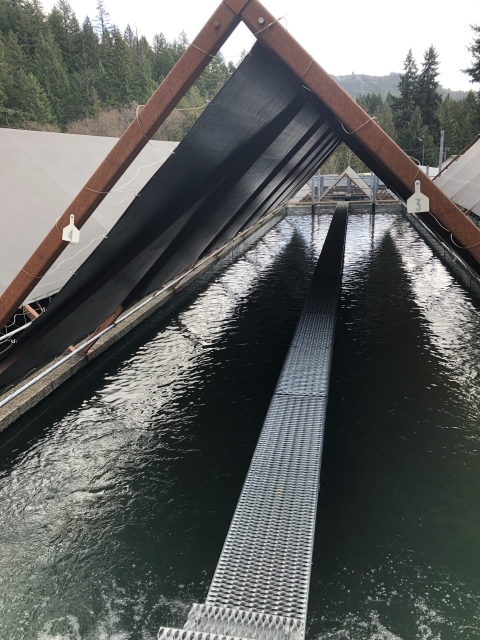 As a rearing facility, we rear 2 million upriver bright fall Chinook and 850,000 coho salmon annually. We mitigate for the loss of salmon associated with hydroelectric projects on the Columbia River and also fulfill tribal trust responsibilities. 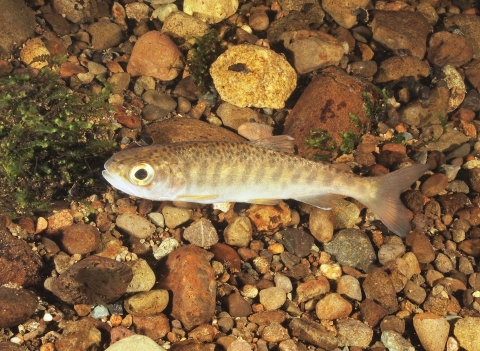 Coho Salmon
Coho (or silver) salmon are powerfully built and can jump falls that most salmon cannot negotiate. They have small black spots on their backs and the upper lobe of the tail fin. The gums at the base of the teeth are white. Although sea-run coho have silver sides, spawning males develop bright red sides and greenish backs. Spawning females are paler. The jaws of the spawning males often become grotesquely hooked.

Most coho spend 18 months at sea, sticking to coastal waters, and return to their home streams at 3 years of age and 8 to 10 pounds. The fry spend over a year living in streams.

Upriver Bright Fall Chinook Salmon
Upriver Bright fall Chinook, as their name implies, retain their "bright" silvery ocean color for weeks after entering fresh water. Spawning males turn dark green with rose-pink flanks. Females may have a duller version of the males' colors, but some acquire a brassy sheen. All races of Chinook can be distinguished from other salmon by their gray gums and their tail fins, which have spots on both lobes.

Fall Chinook typically spend 3 1/2 to 4 1/2 years at sea, returning to fresh water as 4-5 year olds. In August and September fall Chinook migrate upriver, sometimes swimming 60 miles in a day. They spawn in October and November.

Fall upriver brights are presently the most abundant salmon in the Columbia River Basin, and numbers have been slowly increasing since the mid-1960s. This is mainly due to hatchery production, since little natural spawning habitat is left. Historically many fall Chinook used to spawn in the main river stem, and most of this habitat has been altered by dams. 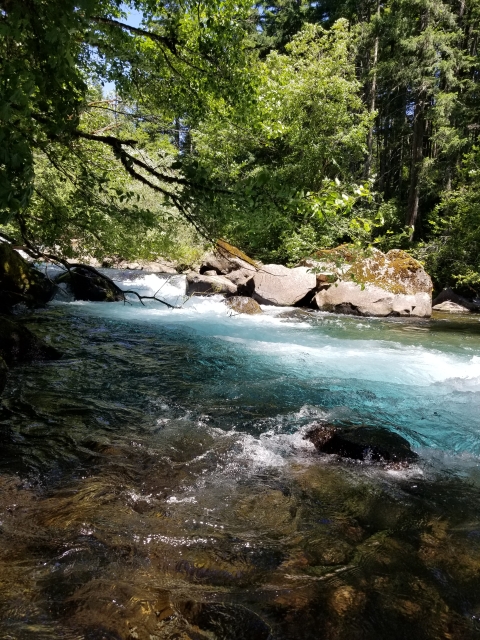 We are open Monday - Friday 8:00 am - 3:30 pm. The best time to visit the Willard National Fish Hatchery is late spring through fall; fingerling fish are present year round. The hatchery is located on the banks of the wild and scenic Little White Salmon River. The deep blue-green water attracts recreationists of all levels; from class V kayaking rapids to a quiet picnic to enjoy the peaceful scenery - this river does not disappoint. Activities include: enjoying the mountain canyon scenery, picnicking, viewing salmon, bird watching, and self-guided hatchery tours. 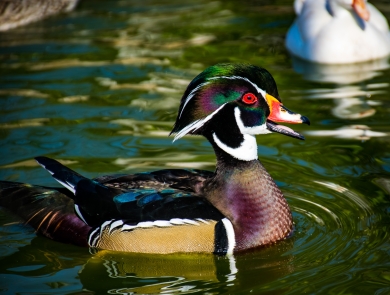 Get Involved
Where Art and Science Meet
Growing up I always doodled. I scribbled on everything and everything I could get my hands on (even things I shouldn’t, like my bedroom walls). It was how I was able to express myself and share the world through my eyes.
Jan 18, 2023 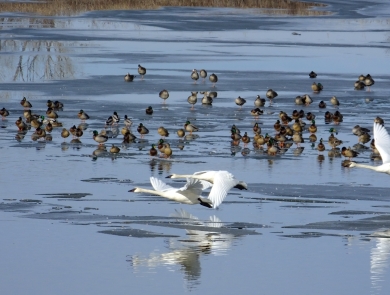 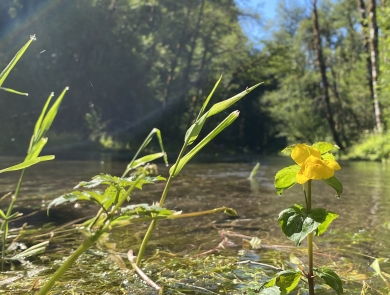 Wildlife Management
Getting Back to Pristine at Tyee Springs
The non-native brook trout in Tyee Springs, located just upstream of the Carson National Fish Hatchery, can be a source of devastating sickness such as bacterial kidney disease and whirling disease that can be transferred to the hatchery fish as well as downstream into endangered fish populations...
Oct 3, 2022 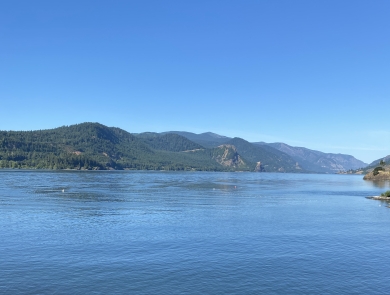 History and Culture
Salmon...A Pacific Northwest Icon
What do salmon mean to us? What significance do they have in the ecosystem? What role do they play in Native American culture?
Jun 7, 2022 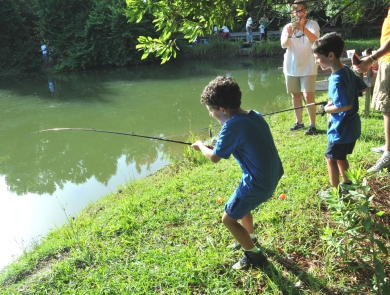 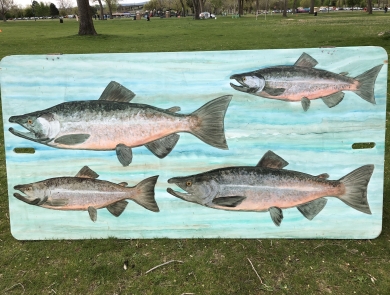 For Parents and Educators
Salmon Summit
After a long two-year hiatus, with the on-set of the COVID pandemic; Service staff begins to venture outside, reconnecting with students in creative and fun ways.
May 9, 2022
View All News
View Our Library

Whether you want to further conservation, learn more about nature or share your love of the outdoors, you’ve come to the right place. National fish hatcheries provide many opportunities for you to help your community and fish and wildlife by doing what you love. National fish hatcheries partner with volunteers, youth groups, landowners, neighbors and residents of both urban and rural communities to make a lasting difference. There are opportunities for everyone to get involved!

We enjoy having visitors and volunteers at our hatchery. You can come watch the hatchery at work or learn how to lend a hand.

The hatcheries provide local individuals the opportunity to volunteer by assisting hatchery staff with fish production, light maintenance activities and special events. All volunteers compliment our hatchery programs and offer valuable support. To volunteer, contact cheri_anderson@fws.gov, or call Cheri at (509) 493-1730.