In the Southwest, grasslands provide habitat for some of the region’s most iconic species, like bobwhite quail, Attwater’s prairie-chicken and the monarch butterfly. These vibrant ecosystems also provide many ecological services for communities, including improvement in soil and water quality and carbon sequestration.

But native grasslands are in decline due to conversion to row crop agriculture, urban development, oil and gas development, and fire suppression and subsequent woody encroachment. Across North America, fewer than 40 percent of the 550 million acres of historical grasslands that once stretched from Canada to Mexico remain today.

With the loss and degradation of these grassland habitats comes the decline of the native prairie plants and animals that depend on them. The U.S. Geological Survey (USGS) North American Breeding Bird Survey has documented that grassland birds declined faster than any other habitat guild of birds in North America over recent decades, particularly those that breed in Canada and the U.S. and winter in the Chihuahuan grasslands.

“Grasslands and grassland dependent birds are not doing so well,” said Don Wilhelm, the U.S. Fish and Wildlife Service’s Southwest Regional Coordinator of the Partners for Fish and Wildlife (PFW) Program. “Grassland dependent birds cross these vast expanses – they need nesting habitat way up north, they need overwintering habitat and they need good healthy habitat during their migrations. There's an increasing awareness now within the conservation community that we need to work together on this.”

With 84 percent of central grasslands in the United States in private ownership, collaboration with ranchers and farmers is critical to conservation success. To assist, federal, state and non-profit organizations have been working with willing landowners to implement grassland improvement projects on private lands largely via incentive-based programs.

In the Service’s Southwest Region, the PFW program has used $2.6 million dollars annually for the last 20 years to assist private landowners and Tribes, resulting in more than 1,000 projects involving grassland habitat improvement conservation practices applied on approximately 750,000 acres​. The Oaks and Prairies Joint Venture Grassland Restoration Incentive Program (GRIP) has also allocated over $2 million in incentives since 2013 to over 100 projects for over 109,000 acres.

But while various efforts to determine the effectiveness of these private lands projects at reaching their biological goals have been conducted, few have been attempted on a landscape scale, and most of these efforts have focused on animal response to treatment practices rather than the response of the plant community.

“The PFW program has been implementing grassland improvement projects for decades,” said Daniel Bunting, a Geospatial Scientist in the Service’s Southwest Region Science Applications Program. “Now we want to validate the projects and make sure they're truly successful. In order to do that, you have to quantify whether the treatments are working. And it’s okay if we find that some treatments fail. After all, it’s the lessons learned that allow managers to adapt and augment management strategies that build resilience over time.”

This year, the Service’s Southwest Region Science Applications Program and Partners for Fish and Wildlife Program, USGS, the American Bird Conservancy and other partners are launching a new landscape-scale Grassland Effectiveness Monitoring (GEM) protocol to help quantify the effectiveness of a variety of grassland improvement projects, including chemical and herbicide application, mechanical and brush clearance, and prescribed fire.

“Collecting scientific data on the outcomes of these treatments is really important to make sure we are doing the right treatments, in the right places, at the right time,” said Mike Duniway, a Research Ecologist with the USGS Southwest Biological Science Center. “GEM, and programs like it in other agencies, are critical for understanding if these activities are actually improving habitats and informing how we should best do projects in the future.”

Jim Giocomo, Ph.D., Central Region Director with the American Bird Conservancy, said the protocol helps organizations understand if their efforts are making a positive return on their investment.

“GEM gives us a systematic way to answer how we are changing habitat through management options,” Giocomo said. “You can't change what you don't measure. Our large habitat loss in grasslands is something we want to change.”

Using the GEM protocol, anyone can quickly gather data to help determine the effectiveness of their restoration project with a tablet, measuring tape and a few tools. One of the goals of the rapid assessment protocol is to streamline surveys, make them user friendly, and keep the scientific rigor in the process.

“Everyone has different levels of knowledge and skills to measure and identify plants and wildlife,” Giocomo said. “We are trying to bridge across the background skill levels for professional biologists and private landowners to offer different sets of methods that even a bird expert who knows very little about plant identification like me can still contribute to habitat measurement.”

The protocol uses a line-point intercept method to quickly and objectively assess the vegetation metrics on a site or landscape, including plant species, cover, height, soil surface, and soil substrate. To follow this method, a tape is extended 25 meters from a central point to create a transect across a site. The observer proceeds along the tape, drops a pin into the ground, and records every plant species that the pin intercepts into a mobile application that was created for the GEM protocol.

In addition to recording plant species, the protocol also collects data on vegetation height, the gaps between trees and shrubs, the density of desired or targeted species.

“GEM simplifies the choices for ways to measure changes in habitat through management actions,” Giocomo said. “Everyone wants to know if their management is doing what we wanted it to do. There are hundreds of ways to measure those changes. We compiled sets of methods that can tell us the thing we hope to know, and developed a simplified way to enter, compile, and analyze the data.”

Success criteria are developed by managers and are based on management objectives, which could vary depending on the geography of the project or the treatment that is being used. Common success criteria may include targeted cover percentages, ratios of native to non-native species, or density of woody species. These metrics can help confirm what landowners and managers are seeing on the landscape.

“We can show you pretty pictures of before and after – and it might look a lot better afterwards – but we can't say that with any scientific rigor,” Wilhelm said. “GEM helps us assess if our projects were as effective as we think they are.”

Giocomo said ultimately, they are looking for “win-win-win” situations on private land projects.

Though they are early in the outreach process, the team is eager to get the word out about GEM so that other organizations across the region and the U.S. can begin using it to measure the effectiveness of their grassland restoration projects.

For more information, email Don Wilhelm at don_wilhelm@fws.gov or Daniel Bunting at daniel_bunting@fws.gov. 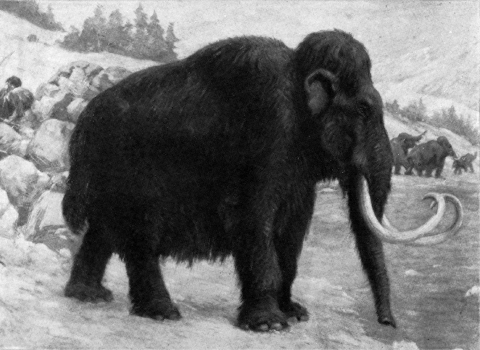 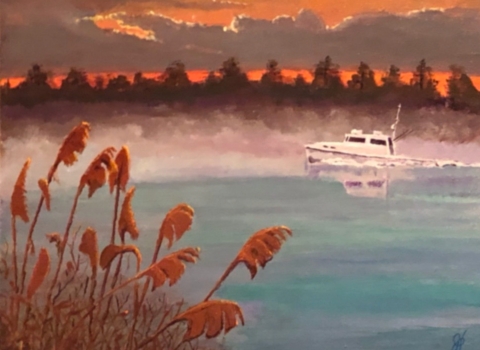