Image Details
Since 1904, White Horse Hill National Game Preserve has played an important role in the conservation of American bison. In addition to the highly visible bison, elk and prairie dogs the game preserve helps to conserve, visitors also can find numerous other species of land animals and more than 214 bird species. 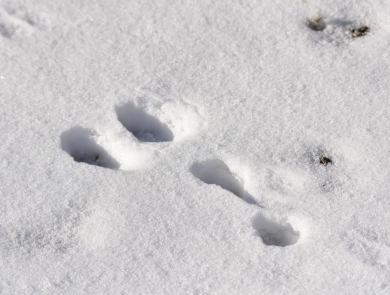 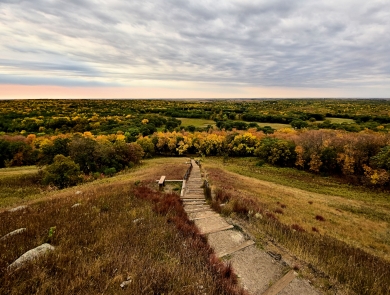 Whether you prefer driving an auto tour route, hiking a trail, or sitting quietly in nature, this refuge offers excellent opportunities for visitors to observe and photograph wildlife, unwind, and enjoy the outdoors.

Learn more about national wildlife refuge that was initially established as a national park on April 27, 1904 under the National Park Service. In 1914, it was further designated by Congress as a big game preserve. And in 1931, it was transferred to the U.S. Fish and Wildlife Service to be managed as part of the National Wildlife Refuge System. This Refuge is a popular attraction in northeastern North Dakota receiving more than 80,000 visits each year from visitors across the United States and various other countries.

In addition to helping conserve American bison, the Refuge is an excellent place for people to connect with nature. Activities include hiking, wildlife observation, photography, environmental education, and interpretation.

Visitors taking the auto tour route may catch a glimpse of the Refuge's American bison, elk, or black-tailed prairie dogs, along with numerous other resident wildlife. Designated hiking trails offer the chance to observe both resident and migratory birds. A year-round resident, the pileated woodpecker is one of visitors' favorite bird sightings.