Red Rock Lakes National Wildlife Refuge experiences the four seasons like much of the rest of the Rocky Mountains. Each season, which doesn't necessarily correspond with the calendar dates, brings a different challenge for the wildlife here. From harsh snowy winters, to rainy springs, to dry summers, and a fall that can't decide between summer and winter. It's certainly never boring throughout the year here for the wildlife. 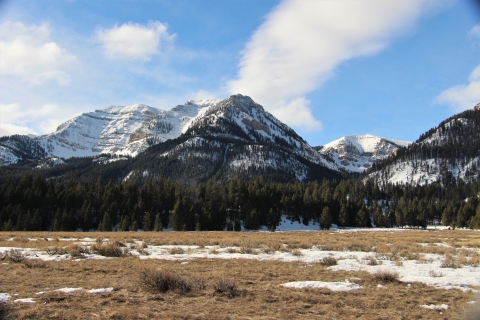 Given the altitude of the Refuge, spring starts late. It's almost summer before the snow starts to melt here. Spring starts our seasons because it is the start of new life on the Refuge. Winter has the Refuge covered with snow and its mid April and into May before it begins to melt. By the end of May, many of the migratory birds have arrived. Trumpeter swan cygnets hatch in June and waterfowl begin nest initiation in June also. The elk, deer, pronghorn and moose that mated last fall now give birth to calves between May and June. Bright green willow and aspen leaves emerge in mid-May to early June. Early wildflowers also begin to bloom. 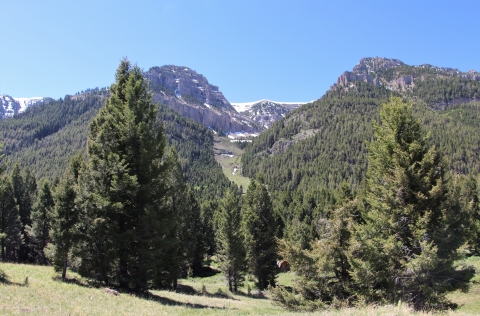 Although summer officially starts in mid June, at the Refuge it still feels like spring. By the middle of July things start to heat up and summer is here. Birds are busy attending to their chicks, trying to find enough food for them and teaching them to fly from the nest. Wildflowers peak bloom around mid-late June and continue through late July. By the end of June, elk and moose start to disappear into the mountains where it is cooler. In early summer, fish are still enjoying relatively cool waters.  Important to note is that from June through mid-July, mosquitos at the Refuge abound. 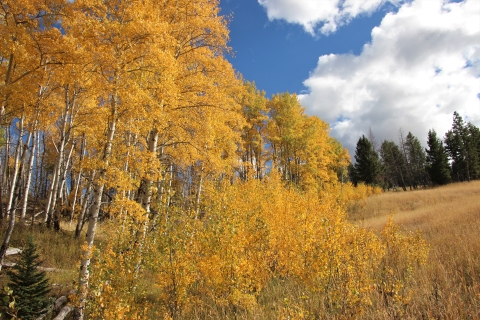 Autumn can come early and suddenly - as early as late August in some years, but more generally in September. Many of the migratory birds, have left or are leaving. Most trumpeter swans also migrate out of the Refuge in late autumn just before winter arrives in full force, moving to ponds that have warm springs keeping them ice-free. The aspens, willows, serviceberry, and chokecherry trees turn beautiful golden yellow and red-orange colors in mid-late September. 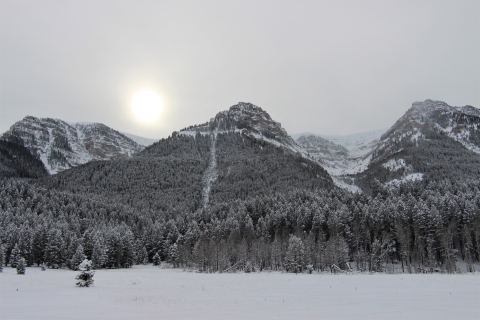 Winter here is harsh for the animals. Temperatures can go as low as -40 degrees F and snow can be as high as 3 or 4 feet at times during the winter, with drifts over 10 feet common. Most birds and animals have left with only moose, wolves, foxes, coyotes, ravens, magpies, and owls remaining. The bears are hibernating at this time. Some trumpeter swans do stay the winter, finding open water near warmer springs in the Refuge, they manage to squeak out a living during the harsh winter. Food is scarce and daylight hours are limited. Entry to and from the Refuge is often impossible without a snowmobile or snowcat equipment.

The Refuge is home to a wide array of wildlife species. Some of those include part-time residents that are migratory or transitory and some are permanent. 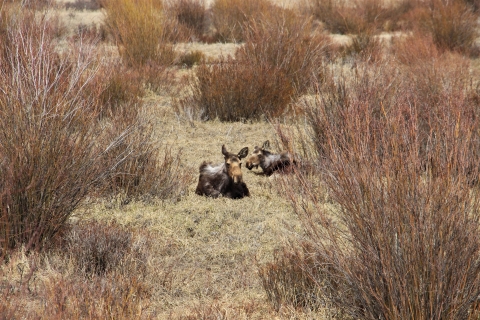 Ungulates such as white-tailed and mule deer, elk, and pronghorn are migratory, arriving in April and leaving in Nov/Dec (pronghorn generally leave in late October, weather dependent). Moose are year-round residents, though they are largely in mountain areas during summer and forced down into the willow fen from snow around October.  Many moose do immigrate into the Refuge from surrounding areas during winter, and emigrate out in mid-spring. 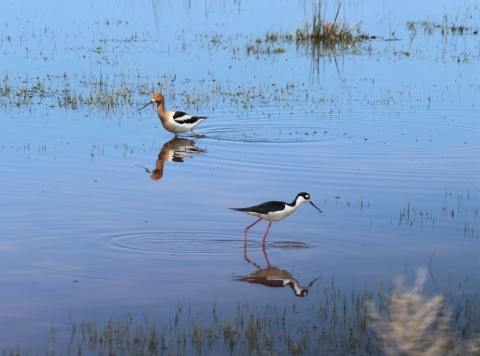 Waterfowl and shorebirds at the Refuge are migratory, arriving in early spring around March-April when ice still abounds on the lakes and leaving when the lakes begin to take on significant ice, usually mid to late October. Tundra swans do stop in for a couple of weeks late in the fall and mingle with the trumpeter swans, then all of the swans but around 20 trumpeters depart in late October to early November.  The few trumpeters that remain squeak out a living in spring-fed creeks that do not freeze up. 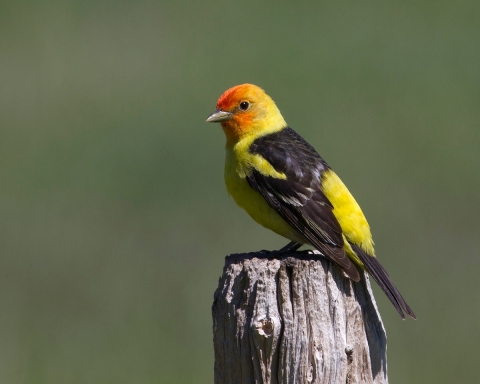 Songbirds also arrive in early spring, with the vast majority arriving later in May and some leaving even before the first frost, which can occur in late August. This is especially true of most warblers, with bluebirds continuing to stay until harsh weather nearly prevents them from leaving sometimes. 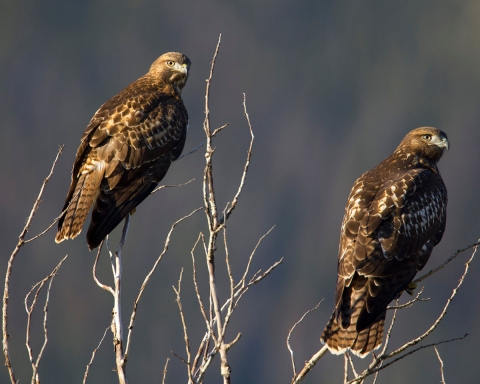 Hawks (all species) generally arrive in time for emerging ground squirrels around March and can stay until November - long after ground squirrels have begun hibernation. Golden and bald eagles are year-round residents, as are great grey and great horned owls, ravens, and magpies. 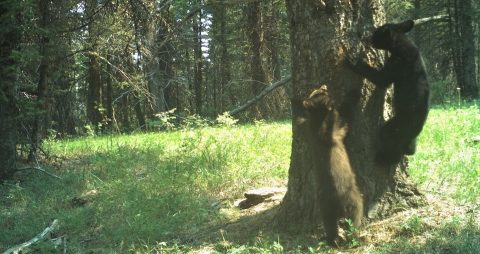 Grizzly and black bears retire to their dens when the snow and cold set in, not emerging until March or April. Wolves, foxes, mountain lions, and coyotes are still on patrol for whatever they can find to survive the harsh winter.