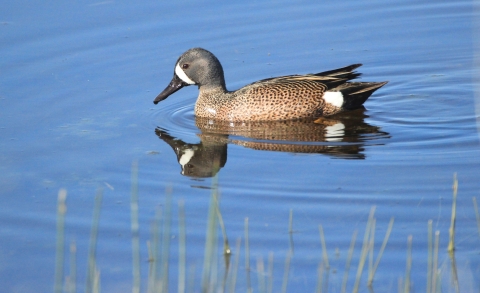 Winter – It’s a Winter Wonderland! Looking for a White Winter in Florida? Look no further. White pelicans migrate southward to enjoy a warm winter at Pelican Island. Also, be on the lookout for the many species of wintering waterfowl, including red-breasted mergansers, blue-winged teal, and northern shovelers.

Spring – Spring has sprung! The arrival of spring means animals are migrating, mating, and may be more active than usual. At least 16 species of birds have been documented nesting on Pelican Island proper, including the brown pelican, great egret, roseate spoonbill, wood stork, and more. Be on the lookout for our smaller visitors, including the common yellowthroat, palm warbler, yellow-rumped warbler, and the occasional painted bunting. Animals will be actively foraging to gain energy for their northward migrations. 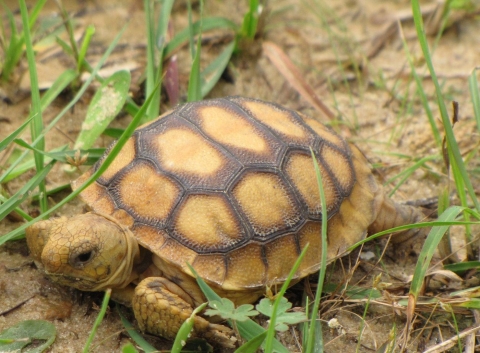 Summer – Summertime is the least active season for wildlife here in Florida. The best time to see wildlife is during the cooler hours (dusk and dawn). With longer days, you may see more nocturnal animals as they wake up for the night. During warmer days, watch your step for reptiles that may be taking in the heat, including snakes such as the black racer and coachwhip. The Refuge is also home to many gopher tortoises who you may see basking in the sun in front of their burrows. Please give them distance, as they are a protected species in Florida.

Fall – Although the fall doesn’t bring much cooler weather to Florida, it does bring migrating birds southward! The arrival of the belted kingfishers, grackles, and blue-grey gnatcatchers signal that fall has begun. Afternoon showers are common, as well as the occasional hurricane. Be prepared for rain, heat, and bugs! 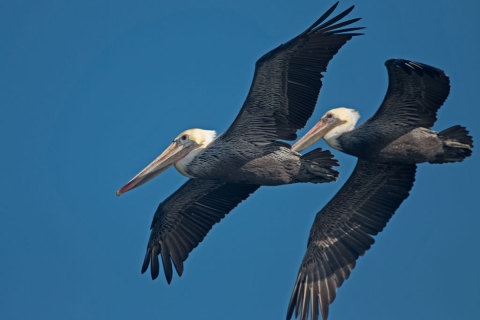