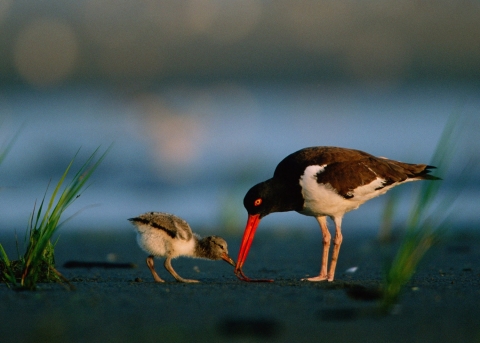 Spring is time for new growth and new beginnings! Migratory bird species return and start getting busy breeding, building nests, and laying eggs. American oystercatchers are among the first to return in early March. Piping plovers are the next to arrive in late March – early April. Common terns and least terns are some of the last to migrate back, appearing late April to early May. Spring kickstarts the fish migration like striped bass, who are passing through, travelling up to the north Atlantic waters. In late spring - early summer, female harbor seals will haul out on shore and give birth to one pup.  Female’s will nurse their pup for about 4-6 weeks, while temporarily leaving them to go forage. 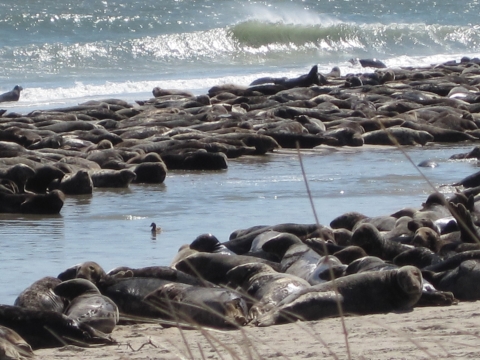 Summer is a bustling time for all species. The sounds of the waves crashing and the birds calling make up the sound of the season. Humpback whales and other cetaceans can be seen breeching and jumping throughout the year, but peak times are in the summer months. Seal haul outs are common with dozens of seals come to shore to bask. As the warm water season continues, ocean fish like bluefin and bluefish are still traveling up the north east coast chasing prey. The migratory seabirds and shorebirds are very busy foraging for food, raising their chicks and warding off predators. A lot of migratory birds start their winter migration at different times, even within the same species. Some piping plovers and American oystercatchers will start their journey at the end of summer to their wintering grounds while others will wait until autumn. 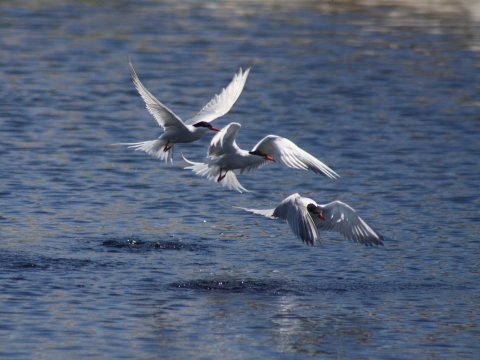 Autumn is the calm after the hectic breeding season. Least terns typically leave around early  September, as well as the remaining piping plovers. Most of the common terns are usually gone by mid-October, however, some American oystercatchers won’t depart until mid-November. In autumn, those fish who made their way far up into the north Atlantic waters, start to travel back and through again. The bonito and false albacore who are late summer - early fall arrivers, finally pass through this area. 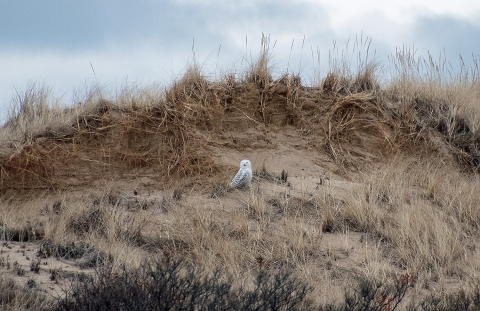 Winter may be quietest time of the year, yet wildlife is still around. Snowy owls migrate down from the Arctic and over winter throughout New England, but especially on the coastal areas including Nantucket. Female gray seals give birth to one pup in late December to mid-February. Mother’s will nurse their pups for about 16 days, after that, the pups are weaned. Mothers usually leave the colony, but pups will remain there for several more days or weeks surviving off blubber reserves.

Nantucket National Wildlife Refuge is managed cooperatively with The Trustees of Reservations. The barrier beach habitat at the refuge provides habitat for a vast number of avian species including the groups of seabirds, shorebirds, and waterfowl, as well as raptors and songbirds. Parts of the refuge are seasonally closed to the public to protect habitat for nesting, feeding, and resting birds. Piping plover (federally listed as threatened) occasionally use the refuge to nest during the breeding season. Roseate terns (federally listed as endangered) also use the refuge for staging before and after the breeding season. Numerous fish species occur off the Coskata-Coatue peninsula including but not limited to, bluefish, striped bass, albacore and Spanish mackerel. Marine mammals including both grey and harbor seal are often seen basking in the sun on the beach.