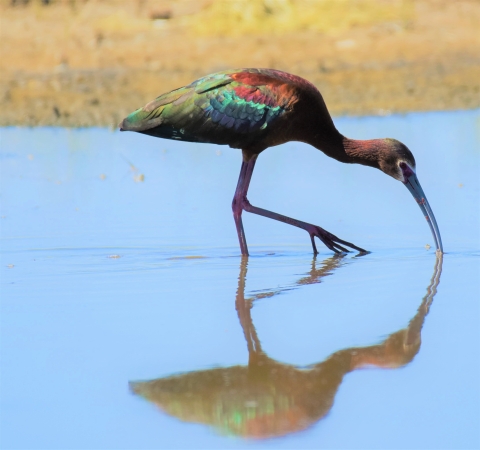 In the early 1900s, may people across the nation recognized that populations of migratory birds and other wildlife were dwindling. Thus, a strong national conservation movement developed and brought forth the establishment of wildlife preserves across the country in an effort to boost wildlife populations. As a result, McKay Creek National Wildlife Refuge was established by President Calvin Coolidge on June 7, 1927, as "a refuge and breeding ground for birds."

The 1,837-acre refuge overlays McKay Creek Reservoir, a U.S. Bureau of Reclamation (BOR) storage facility, serving the irrigation needs of the Umatilla River Basin. The U.S. Fish and Wildlife Service manages the lands, whereas the water levels are regulated by the BOR. At full pool the refuge consists of 1,300 acres of water and 537 acres of upland. By late September, an average of 250 acres of water remain at minimum pool. The reservoir relies entirely on run-off from the Blue Mountains feeding McKay Creek, so in poor snow years, the water supply can be limited; full pool has usually been reached, but this is a consideration in the face of climate change climate change
Climate change includes both global warming driven by human-induced emissions of greenhouse gases and the resulting large-scale shifts in weather patterns. Though there have been previous periods of climatic change, since the mid-20th century humans have had an unprecedented impact on Earth's…

The refuge serves as a recreational mecca for residents of nearby Pendleton, Oregon, receiving over 50,000 visitors annually. The majority of visitors engage in fishing. Upland bird hunting is also popular, with many area hunters taking part in the annual pursuit of pheasant and quail. Other visitors simply enjoy bird watching, wildlife photography, or nature. 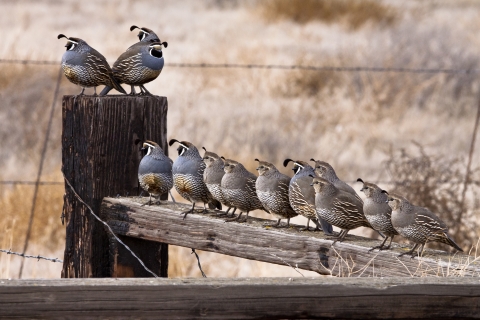 The mission of the National Wildlife Refuge System is “To administer a national network of lands and waters for the conservation, management, and where appropriate, restoration of the fish, wildlife, and plant resources and their habitats within the United States for the benefit of present and future generations of Americans.”

McKay Creek was established in 1927 by President Calvin Coolidge through Executive Order 4662 as "a refuge and breeding ground for birds."

McKay Creek NWR is an “overlay refuge” of the BOR’s Umatilla Irrigation Project. It was established as the "McKay Creek Bird Refuge" on June 7, 1927, through Executive Order 4662 from President Calvin Coolidge. The President's order transferred management of the lands—as related to wildlife—from the BOR to the Department of Agriculture as "a refuge and breeding ground for birds." Changes in the government (e.g., bureaus being created, disbanded and consolidated) over the years has resulted in McKay Creek NWR coming under the management of the FWS. Public Land Order 1366 (November 27, 1956) issued by the Secretary of the Interior withdrew additional public lands to enlarged the refuge by 23.5 acres. Through a formal agreement between the FWS and BOR (August 25, 1955) the FWS took over primary management of fish and wildlife resources. The agreement has been renewed over the intervening years and is still in effect.

The McKay Dam is an impoundment of McKay Creek, a tributary of the Umatilla River in Umatilla County, Oregon, and is located six miles south of Pendleton on U.S. Route 395. The McKay Dam was built between 1923 and 1927 as a project of the United States Bureau of Reclamation (BOR), part of the Umatilla Basin Project that had started in 1908 with the nearby Cold Springs Dam. Modification of the spillway section was made in 1978-1979 to increase the capacity from 10,000 to 26,910 cubic feet per second.

The reservoir is jointly managed by the BOR and the U.S. Fish and Wildlife Service (FWS) for irrigation water and habitat for a variety wildlife, including osprey, bald eagles and an abundance of waterfowl. The reservoir furnishes supplementary water to the Stanfield and Westland Irrigation Districts.