The northern Central Valley has a hot Mediterranean climate. Southerly parts that are in rain shadow zones are dry enough to be Mediterranean steppe, such as the areas around Fresno). Some areas around Bakersfield are even low-latitude desert. Tule fog is a thick ground fog that settles along the length of the Great Central Valley. Tule fog forms during the late fall and winter (California's rainy season) after the first significant rainfall. The ordinary time frame for tule fog to form is from November 1 to March 31. This phenomenon is named after the tule grass wetlands (tulares) of the Central Valley. 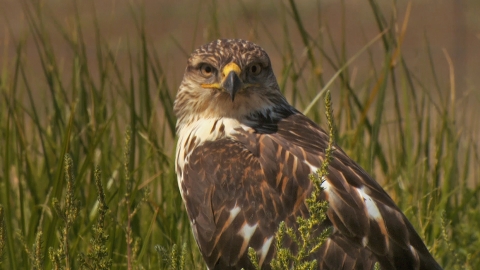 Ferruginous Hawk
Kern NWR is a hot spot for thousands of birds that migrate through the Pacific Flyway. Click on the following link for a complete bird list of the refuge.

Great Egret
As spring arrives at the refuge, the water levels begin to slowly draw down and thousands of waterfowl have begun their journey 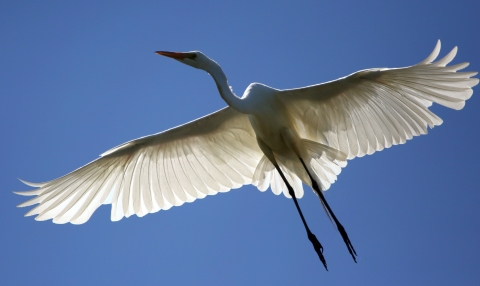 Coyote Pup
With temperatures exceeding over 100 degrees on some summer days it can be hot so be prepared. The majority of the wildlife is keeping cool during the day, so the best time to view the wildlife is in the early morning or evening when it is cooler. 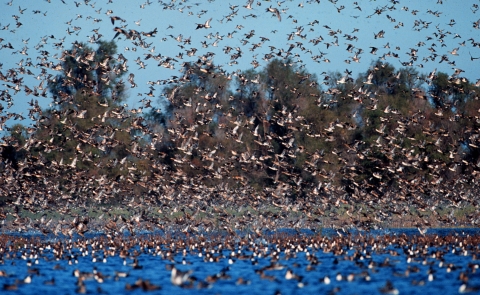 During the fall migrating birds that use the Pacific Flyway begin to show up at the refuge. Thousands of waterfowl, mainly ducks, arrive at the refuge and utilize the habitat. Northern Pintail, Green-winged Teal, Northern Shoveler, Gadwall, Greater White-fronted Geese, and White Geese are just some of the waterfowl species that arrive on refuge. As the fall season goes on the number of migrating birds on refuge fluctuates as some birds continue their migration south. 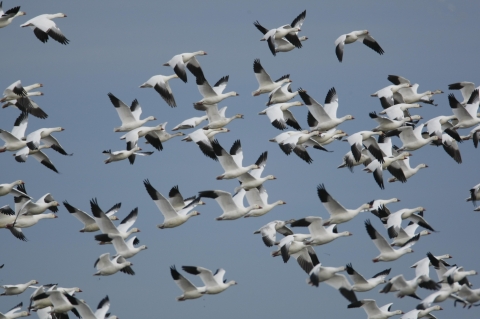