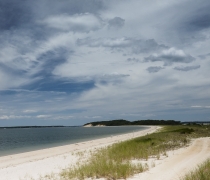 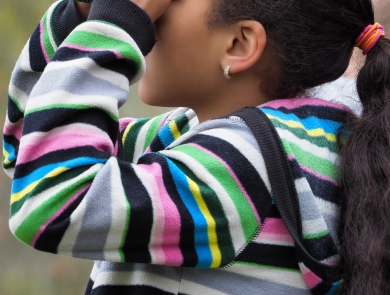 Established in 1954, the Elizabeth A. Morton National Wildlife Refuge protects a 187-acre peninsula on Noyack and Little Peconic Bays. Exceptionally diverse habitats include sandy and rocky beaches that fringe the peninsula, while wooded bluffs overlook the Bays. Morton consists of upland forest, fields, ponds, salt marsh salt marsh
Salt marshes are found in tidal areas near the coast, where freshwater mixes with saltwater.

Learn more about salt marsh , beach and a lagoon. These habitats are used by a variety of wildlife including white-tailed deer, eastern chipmunk, painted turtles, green frogs, songbirds and osprey. Waterfowl, such as long-tailed duck, common goldeneye and white-winged scoter, are common during the winter months, while piping plover, terns, and other water birds use the beach during the spring and summer months.

Hundreds of species of plants, fish, birds, and mammals flourish here, depending on the beach, bays, and adjacent lands for survival. Some are year round residents, some just pass through. What you can see changes with the seasons, but if you are quiet and patient there is always something to see.