Preparing for a Wild Life

Sevilleta Wolf Management Facility is a federal facility managed by the U.S. Fish and Wildlife Service.  It is located on the Sevilleta National Wildlife Refuge near Socorro, MN, within the Mexican Wolf Experimental Management Area (MWEPA). As of 2021, there are 63 facilities in the United States and Mexico, including Sevilleta, that house captive Mexican wolves to support the Mexican Wolf Species Survival Plan, a binational captive breeding program between the United States and Mexico.  Wolves are bred, raised, transferred, and released to support Mexican wolf reintroduction in the wild and to manage gene diversity among the population.

The Sevilleta wolf facility is a joint project between USFWS Mexican Wolf Recovery Program and the Refuge. It consists of eight enclosures, ranging in size from 0.25 acre to approximately 1.25 acres, and a quarantine pen.  It was built in 1996 and covers a total area of approximately 16 acres of varied pinon-juniper woodland habitat.  Another captive facility, the Ladder Ranch Wolf Management Facility, is operated collaboratively by USFWS the Service and the Ted Turner Endangered Species Fund within the MWEPA, however it is privately owned.

Learn more about structure development.  Wolves are given meat-based “carnivore logs” and road-killed native prey carcasses (elk, deer, rabbit) when available.  Prey carcasses help wolves learn to recognize native prey and develop wild behavior like caching extra food and defending carcasses from scavengers like ravens. Some of the food is hidden or rigged up to a cable system by staff, prompting the wolves to develop foraging and hunting skills. The fenced enclosures allow rabbits and roadrunners to pass through, giving wolves the opportunity to practice hunting small prey.

To minimize habituation to humans, the Sevilleta and Ladder Ranch wolf facilities are closed to the public. It is important that released wolves maintain their instinctive fear of humans.  To ensure that wolves don’t become comfortable around humans, staff encounters with wolves are extremely limited.  In fact, wolves see humans for less than 2.5% of their time at the Sevilleta wolf facility. As needed, the wolves receive veterinary care for annual exams, vaccines, deworming, and other health issues.  Thanks to remote cameras, we can observe wolf behavior and conditions in the pens without interfering.

Reintroduction tactics have changed, and so has Sevilleta's role

Releasing captive-raised Mexican wolves into the wild has been part of the Mexican wolf recovery program since 1998.  While the number of wolves in captive breeding facilities around the United States is around 400, they all originated from seven founders that were captured from the wild when the species was close to extinction in the 1970s.  In captivity, we can closely control wolf reproduction to ensure that wolves released into the wild carry gene diversity that is crucial to the species success.

The first reintroductions of Mexican wolves into the MWEPA were in 1998.  Back then, yearlings, adults, and entire packs were released.  This was necessary as there was no wild population and wolves are social animals that invest heavily in their young.  Unlike animals that don’t require parental care (like sea turtles), young wolves need to learn behaviors and skills from the adult pack members to be successful. To reinforce wild behaviors in captive-raised wolves prior to release, they spent time in a wolf management facility to acclimate them to wild conditions.  Sevilleta played a key role in this process during this first stage of reintroduction.

Starting in 2002, wild Mexican wolves began to reproduce successfully in the wild. With the wild population now growing steadily on its own, our we and our partners shifted the focus to releasing cross- fostered pups to help achieve genetic goals. There is greater gene diversity in the captive population than in the wild population, and cross fosters bring valuable genes from the captive population to the wild.  Sevilleta supports this by housing wolves selected for breeding pups that will be cross-fostered.

Sevilleta has been very successful in preparing wolves for life in the wild and has been integral to the success of the reintroduction effort.  One notable example is the pair M1215, who was born at Sevilleta in 2011, and F1033, born at Sevilleta in 2006.  They are some of the first captive wolves to be released into Mexico (in 2013) to survive to breeding age. 3. In the spring of 2014, the pair was documented breeding and whelping pups in the wild. This pair continued to successfully produce and raise pups for several years, until the death of F1033 in the spring of 2018.   M1215 paired up with a new female and has continued to breed and produce pups in the wild.  Although the average lifespan for Mexican wolves is 4-5 years, F1033 lived a remarkable 12 years, and as of 2021, M1215 is still going at 10 years old. 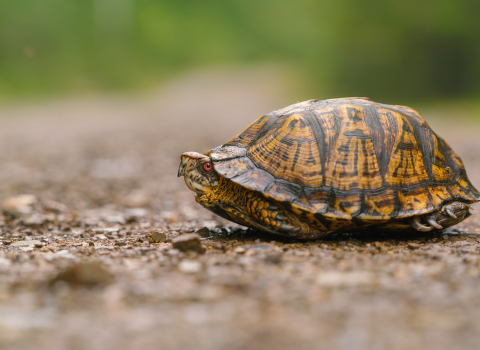 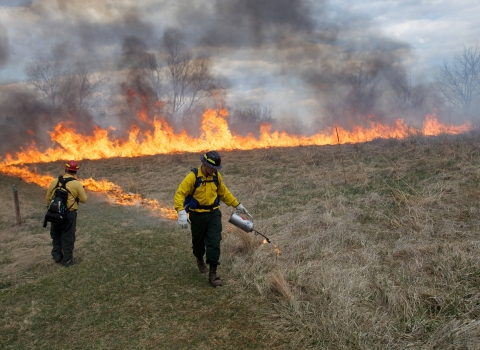 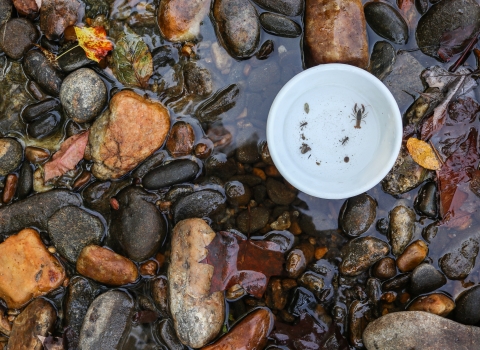