The U.S. Fish and Wildlife Service is reopening the public comment period for 30 days on our September 30, 2021 proposal to remove the ivory-billed woodpecker from the Federal Lists of Endangered and Threatened Wildlife and Plants (List) due to extinction. The Service is also holding a virtual public hearing on the proposal. The hearing and reopening of the comment period are being conducted in order to allow all interested parties additional time to comment on the proposed delisting. Comments previously submitted need not be resubmitted and will be fully considered in preparation of the final rule.

The species was one of the 23 species proposed for delisting due to extinction on Sept. 30, 2021. The Endangered Species Act of 1973 requires that species determined to be extinct are removed from the list in order to better allocate resources for species that remain threatened and endangered.

How do I attend and participate in the hearing?

(2) After registration, participants will receive a confirmation email containing information about joining the meeting.

(3) On the day of the meeting, please join using the information contained in your confirmation email.

Why is the Service holding a public hearing and reopen the comment period?

The Service received a request to hold a public hearing on the proposal to remove the ivory-billed woodpecker from the List due to extinction on November 16, 2021. The ESA requires that the Service promptly hold public hearings if requests are received within 45 days of a proposed rule’s publishing into the Federal Register.

For directions on how to submit comments, visit the Federal eRulemaking Portal at https://www.regulations.gov/docket/FWS-R4-ES-2020-0109. Comments must be received before midnight February 10, 2022. Comments submitted by U.S. mail must be postmarked by that date to ensure consideration. By hard copy: Submit by U.S. mail to: Public Comments Processing, Attn: FWS‒R4‒ES‒2020‒0109, U.S. Fish and Wildlife Service, MS: PRB/3W, 5275 Leesburg Pike, Falls Church, VA 22041‒3803.

Are comments given at the public hearing afforded more weight than those submitted via the Federal eRulemaking portal?

All comments received are given equal consideration in reaching our final decision regardless of the submission method used. Comments previously submitted need not be resubmitted.

How long will it take to review the information from the public hearing and public comment period?

The Service will review and respond to comments in any final rule that is promulgated for the species. This generally takes one year from the publication of a proposed rule.

Why was the ivory-billed woodpecker proposed delisted due to extinction?

The Service completed a 5-year review on the ivory-billed woodpecker in 2019 with the recommendation to delist due to extinction. The Service is required by the Endangered Species Act of 1973 (ESA) to delist a species from the List when they are determined to be recovered or extinct. Delisting allows the Service to better allocate resources to species remaining threatened or endangered. On September 30, 2021, the Service proposed delisting the ivory-billed woodpecker, along with 22 other species from across the nation.

What happens if the proposed rule is finalized?

Has the Service been presented with sightings of the ivory-billed woodpecker in the past?

Where can I find more information about the other 22 species proposed for delisting due to extinction?

The proposed rules and additional information for all 23 species can be found online at the following link:

Can I submit comments on the other 22 species at this time?

Read the press release that accompanies these frequently asked questions. 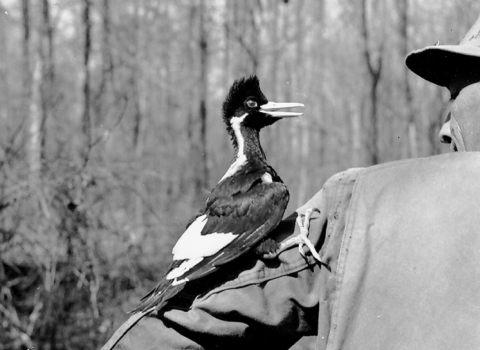