You may have never heard of the injurious wildlife provision of the Lacey Act. And when it’s working its best, you’ll never see the species it targets.

“I liken it to a parallel endangered species list,” says Su Jewell, Injurious Wildlife Listing Coordinator for the U.S. Fish and Wildlife Service.

While the endangered and threatened species lists identify species in need of protection, the list of injurious wildlife regulates species expected to cause harm if they were to become established in U.S. environments outside their natural range. Once a species is added to the list of injurious wildlife, it becomes illegal to import it into the United States or transport it between the continental United States, the District of Columbia, Hawaii, the Commonwealth of Puerto Rico, or any U.S. territory without a permit (injurious wildlife provisions of the Lacey Act ).

In the United States, invasive species invasive species
An invasive species is any plant or animal that has spread or been introduced into a new area where they are, or could, cause harm to the environment, economy, or human, animal, or plant health. Their unwelcome presence can destroy ecosystems and cost millions of dollars.

Learn more about invasive species cause an estimated $123 billion dollars in damages and costs every year to agriculture, natural resources, public health, and infrastructure. By prohibiting importation of potentially destructive species, we can prevent the spread of invasive species before they enter the environment.

Preemptive listings have been 100% effective at preventing the spread of injurious species.

Some well-known examples of injurious species include zebra mussels, Burmese pythons, and some invasive carps. But those species are really the exceptions to what we list as injurious.  They were added to the list after they had already become established and were causing harm in the United States. However, most (94%) injurious species listings to date were intentionally preemptive.

It’s difficult to quantify what we don’t see, but a recent study of the effectiveness of injurious wildlife listings paints a clear picture. The report shows that preventative listings are remarkably effective, and even listings after a species has become established can help mitigate some of the potential damage of an invasive species.

USGS study finds that an injurious listing, along with increased tracking, is protecting North American salamanders.

Injurious wildlife listings aren’t the final, or even the only, protection against the spread of dangerous or damaging wildlife. As global trade, travel, and climate change climate change
Climate change includes both global warming driven by human-induced emissions of greenhouse gases and the resulting large-scale shifts in weather patterns. Though there have been previous periods of climatic change, since the mid-20th century humans have had an unprecedented impact on Earth's climate system and caused change on a global scale.

Learn more about climate change accelerate the movement of species around the world, countries are stepping up coordinated efforts to protect native wildlife and communities from harmful invasive species.

Surveillance efforts led by partners such as the U.S. Geological Survey, academic researchers, conservation practitioners, and even the pet industry are vital to our efforts to protect native wildlife.  A  study by USGS evaluated the outcome of import regulations and surveillance following a recent injurious species listing.

In 2016, a deadly, newly emerging fungus was killing salamanders in Europe. The fungus Batrachochytrium salamandrivorans, also known as Bsal or salamander chytrid, is carried on the skin of various salamander species. Bsal has caused major die-offs of salamanders in Europe and poses an imminent threat to native salamander populations in North America – a global hotspot for salamander diversity. To help prevent the fungus from being introduced into North America, the U.S. Fish and Wildlife Service listed many salamander species as injurious wildlife because they can be unwitting hosts of the fungus.

The study found that “the regulatory actions put in place in 2016 by the U.S. Fish and Wildlife Service under in the [injurious wildlife provisions of the] Lacey Act had the intended effect of reducing salamander imports and subsequent risk of [Bsal] introduction.”

We all have a role in preventing the spread of injurious wildlife.

One of the most common ways an injurious species can spread is when unwanted pets are released into the wild. People can help prevent the spread of invasive wildlife by never intentionally releasing a pet of any kind into the wild and by making sure no pets can escape on their own into the wild.

Preventing the introduction of new harmful species is the only way to fully avoid impacts of invasive species on the economy, infrastructure, and natural resources of the United States.

History has shown that preventing the importation of high-risk invasive species into the United States before they become established is an efficient and effective way to protect native natural resources, agriculture, infrastructure, and human health.

For more information about the injurious wildlife listings, and the studies we reference, check out these recent publications: 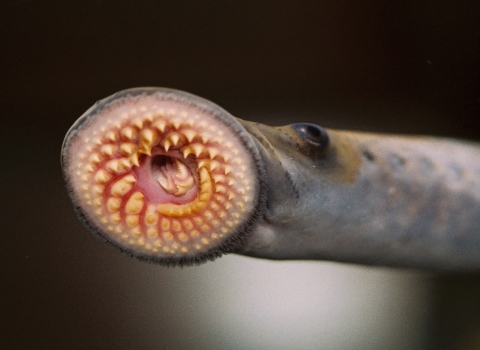 Get Involved
What is an aquatic invasive species?