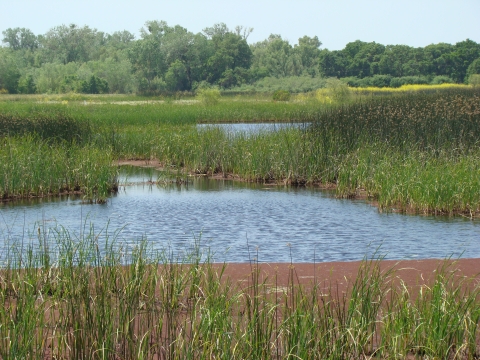 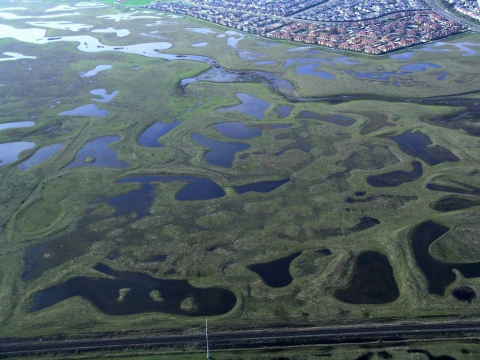 The approved refuge boundary for Stone Lakes NWR — the area within which the FWS is authorized to acquire, protect, and manage land — is 17,640 acres. Currently within the approved boundary, the FWS owns or manages 6,550 acres. 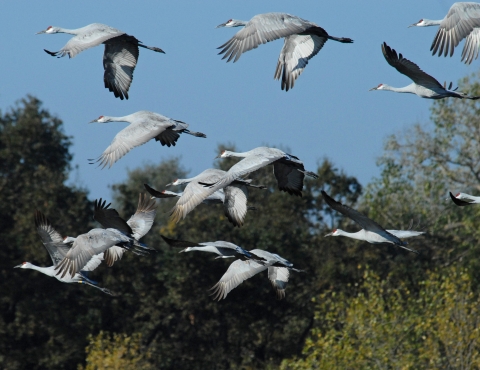 Before European settlement in the 1790s...

...the Beach-Stone Lakes Basin was a magnet for wildlife. Elk, pronghorn, and even grizzly bear inhabited the grasslands. During winter storms, the flooded basin could stretch from lower Morrison Creek, 10 miles south to the Mokelumne River, expanding lakes and seasonal wetlands that supported tens of thousands of migratory birds. The land destined to become a National Wildlife Refuge literally teemed with wildlife.

The Plains Miwok Indians relied on the land and its abundant wildlife for survival. These American Indians often camped, hunted, and fished along the area's lake shores.

Historic Beach Lake once covered nearly 1,000 acres. North and South Stone Lakes were also extensive. Located in the heart of the refuge, they likely received their names in the mid 1800s from the former landowner, a Sacramento merchant named Rockwell Stone. The Stone family held about 1,000 acres until 1891.

Many changes occurred beginning in the mid 1800s. Levees were constructed along the Sacramento River and around Delta islands so the land could be farmed. A railroad was built, bisecting the basin and allowing near complete drainage of its lakes. Finally, Interstate 5 was constructed, ushering in tremendous pressure for urban development.

As Sacramento grew in the mid 1960s, the Army Corps of Engineers suggested building channels in the area to hold floodwaters. Conservation organizations also became interested in the basin in the late 1960s, hoping to avoid a major flood control project and keep the area natural. During the same period, a local developer proposed building a new town of 50,000 people around North Stone Lake.

In response to these pressures and in recognition of the importance of the Stone Lakes Basin floodplain, the State of California and County of Sacramento purchased about 2,600 acres in the early 1970s, turning the land over to their respective park departments to manage.

By the late 1980s the idea of further protecting the Stone Lakes Basin by establishing a National Wildlife Refuge took hold. There was strong support for the refuge because the unique lakes and waterways of the basin are entirely within the 100-year floodplain. The basin also occupies a strategic location for buffering urban encroachment into the Delta. Additionally, a National Wildlife Refuge could potentially provide a habitat link with neighboring Cosumnes River Preserve. Several local legislators supported protecting the land from development and were in a position to help move the process forward.

During this period, the FWS received many comments about the potential effects a refuge could have on its neighbors and the FEIS' adequacy in addressing these issues. After responding to these comments and concerns, with a broad base of local support the refuge was established in 1992.

With acquisition of its first land in 1994 Stone Lakes NWR was officially designated the 505th unit in the National Wildlife Refuge System. It joined the ranks of other local land management projects, including the Cosumnes River Preserve to the south and the Vic Fazio Yolo Bypass Wildlife Area to the west, which have similar goals of protecting and enhancing imperiled Central Valley fish and wildlife habitats.