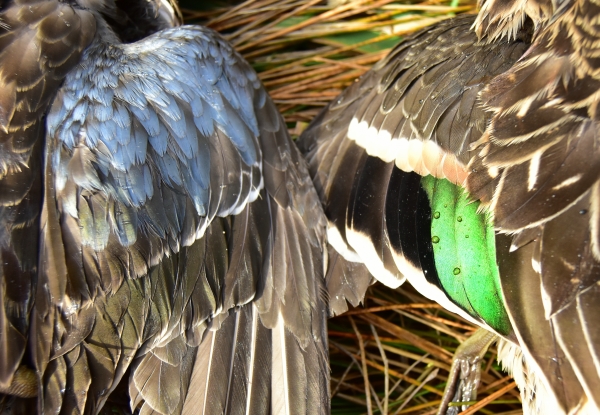 Learn more about riparian and wetland habitat, but hunters know that the sagebrush sagebrush
The western United States’ sagebrush country encompasses over 175 million acres of public and private lands. The sagebrush landscape provides many benefits to our rural economies and communities, and it serves as crucial habitat for a diversity of wildlife, including the iconic greater sage-grouse…

Learn more about sagebrush habitat along the Green River is home to a healthy herd of pronghorn antelope. While duck hunting along the river is popular among local hunters, pronghorn hunting remains the most successful and consistent sporting opportunity. Wyoming has one of the healthiest pronghorn populations in the country, and hunters can expect to see animals most days. The pronghorns move on and off the refuge, so most hunters explore all the nearby public lands during their hunt. While there are not many antelope in this popular hunting area, hunters can expect to have at least a few opportunities to fill their tag if they put in the time. Along the river, a few thousand mallard, goldeneye and other ducks can be found early in the season. Hunters can have a good hunt by decoying, but the birds become educated to hunting pressure quickly.

Hunting is an important wildlife management tool that we recognize as a healthy, traditional outdoor pastime, deeply rooted in America’s heritage. Hunting can instill a unique understanding and appreciate of wildlife, their behavior, and their habitat needs.

When practiced responsibly, hunting, trapping and fishing do not pose a threat to wildlife populations, and usually are necessary for sound wildlife management. For example, because their natural predators are gone, beaver, deer, elk or moose populations will often grow too large for the refuge habitat to support. When these populations outgrow what the habitat can sustainably support, the habitat can be prevented from replacing mature willows and trees which are necessary for other species of wildlife, such as nesting or migrating birds.

Hunting programs can promote understanding and appreciation of natural resources and their management on lands and waters in the Refuge System.

At Seedskadee National Wildlife Refuge the majority of hunting seasons range between the mid-August and the end of January. Hunting is only allowed for select game and predatory species in accordance with Wyoming Game and Fish Department Regulations. Most common species hunted are mule deer, white-tailed deer, elk, pronghorn antelope, sage grouse, and waterfowl. Other species open to hunting under Wyoming Game and Fish Department regulations include moose, red fox, raccoon, cottontail rabbit, jackrabbit, American coot, mourning dove, sora/Virginia rail and common snipe. Hunting on a National Wildlife Refuge for an animal is closed until opened through the public scoping process, analysis, and publishing of a final decision in the Federal Register. Hunting for coyotes, prairie dogs, snakes or anything not mentioned above is prohibited. Hunting seasons and area boundaries for some species of big and small game species can vary from year to year. Check with Wyoming Game and Fish Department for current regulations, season dates and area boundaries.