Ways to Get Involved

"What else could I do? This is the only thing that could be done for the birds. It had to be done and there was no one else around to do it. So I did. You know it is about our own survival too."  - Eleanor Stopps

More than 200 nonprofit Refuge Friends organizations support national wildlife refuges, whether they work with a single refuge, a refuge complex or an entire state. Friends members are crucial to conserving and protecting our nation’s wildlife and teaching millions of Americans that their actions today determine the conservation legacy of tomorrow.

More than 42,000 people volunteer their time and ideas each year to the U.S. Fish and Wildlife Service. Whether they work on the land, in a visitor center or with youth, they contribute to the conservation mission that reaches back more than a century. Become a volunteer or Refuge Friend to contribute your strength on behalf of America’s natural resources. The Friends of Dungeness National Wildlife Refuge also supports the refuge goals of Protection Island. 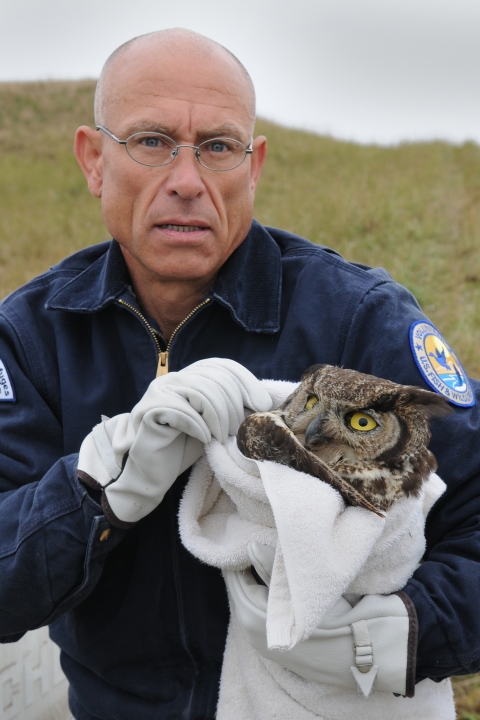 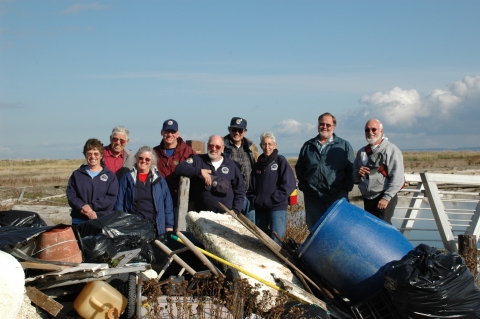 The National Wildlife Refuge System is committed to building partnerships which encourage conservation and preservation of our natural and cultural resources.

Partnerships with the Refuge System bring innovative approaches to solving land management and water disputes in the most environmentally protective manner. Scientifically-informed and technologically-based stewardship of our public lands, waters, wildlife and special places must be collaborative efforts between the Refuge System, other government agencies, and private organizations if conservation efforts are to succeed. 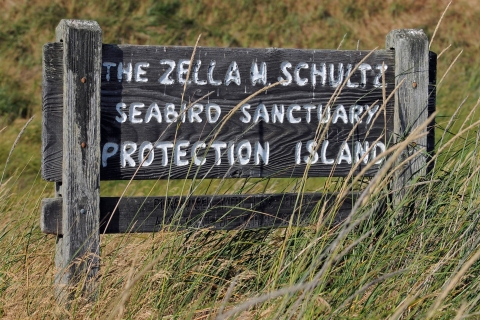 Partners of Protection Island NWR include the Washington State Department of Fish and Wildlife which manages the 48 acre Zella M. Schultz Seabird Sanctuary on the west end of the island.

The Washington State Department of Natural Resources manages the surrounding aquatic area as the Protection Island Aquatic Reserve. The Refuge has also partnered with educational institutions such as the University of Puget Sound and the University of Washington to promote rigorous scientific research.

Washington Department of Fish and Wildlife