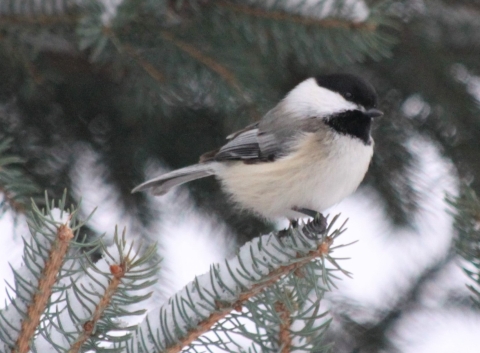 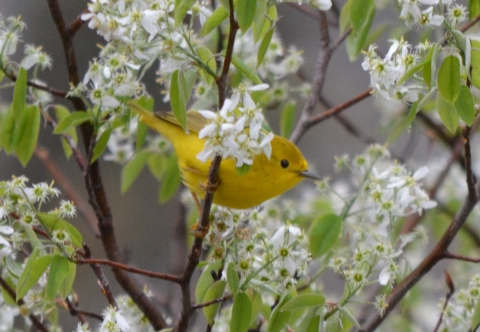 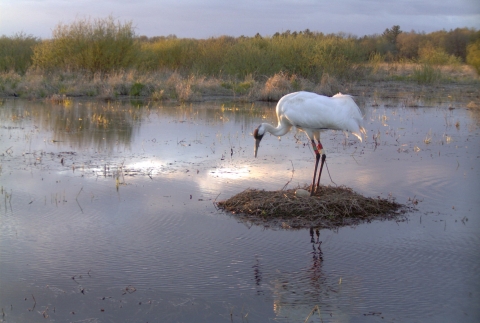 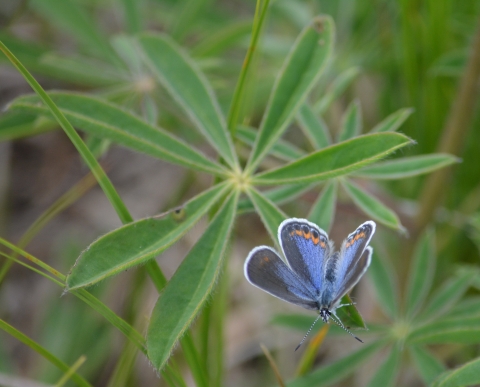 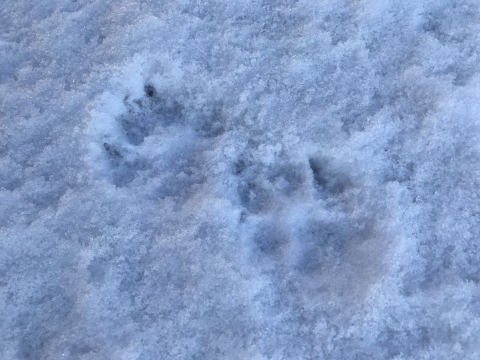 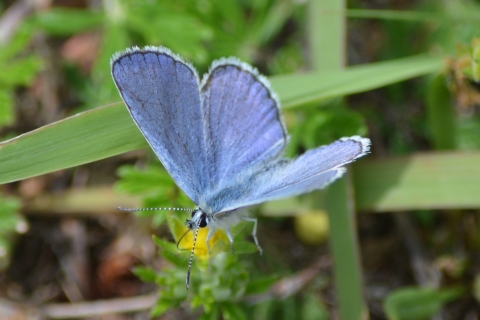 Keep an eye on flowers during the months of late May to late July and into early August. You just might spy a Karner blue butterfly! This beautiful endangered species is only about the size of a quarter. Its pale blue markings of the male butterfly make it stand out among the purple lupine flowers that bloom in April. Necedah National Wildlife Refuge is home to the world’s largest population of this butterfly, thanks in part due to the abundance wild lupine plants that grow on the refuge. Karner caterpillars are entirely dependent on them. Check them out on the Lupine Loop Trail. 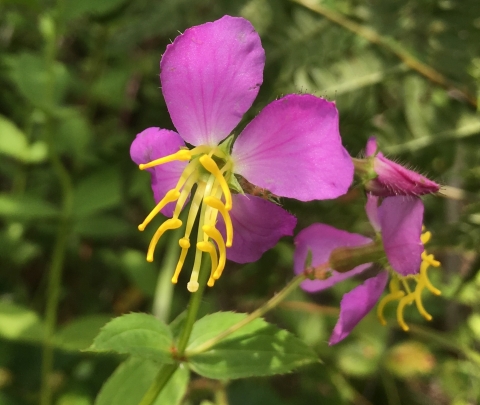 At Necedah National Wildlife Refuge, you can view plants and birds with affinities to the tropics, Atlantic Coast, Rocky Mountains and tundra. One such plant is Meadow-beauty, also known as Rhexia. Rarely reaching two-feet-tall, Rhexia is a beautiful tropical plant with yellow anthers that are contrasted against vibrant, pink petals. How did a tropical plant end up in Wisconsin? It has been here since Wisconsin had more of a tropical climate. When you spot this plant, you are looking at an ancient relic of Wisconsin’s tropical past. This tropical plant that not only survived in Wisconsin’s current temperate climate, it also survived during periods when glaciers covered much of the state. 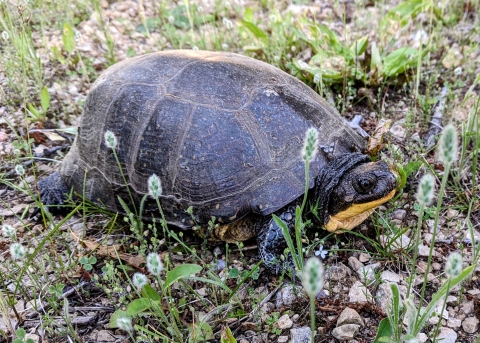 A reptile of many wetland types. Blanding's over winter on the refuge in the bottom of deep wetlands below the ice. Each spring the turtles move to shallower marshes, oxbows, wet prairies and sedge meadows near areas with soft, exposed sand for nesting. Hatchlings emerge from August to October using these shallow, slow moving water areas that connect to moist prairies and sedge meadows to forage before over wintering. The next spring the yearlings return to the surrounding areas where they were born and use this home range for almost 20 years before they nest for the first time. 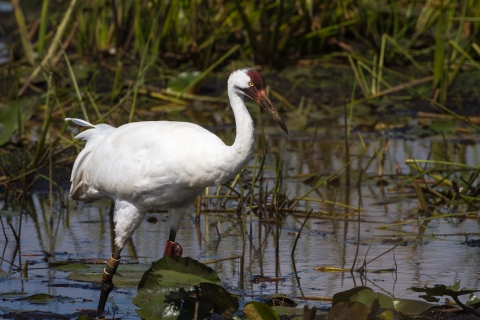 As the principal federal partner responsible for administrating the Endangered Species Act, we take the lead in recovering and conserving our nation’s imperiled species, such as the whooping crane. As we work in partnership with others, our two major goals are to protect endangered and threatened species, and then pursue their recovery, and conserve candidate species and species-at-risk so that listing under the Endangered Species Act is not necessary. These spectacular birds are an enjoyable sight on the refuge.

Thanks to a partnership with the University of Wisconsin-Milwaukee, the history of sedge meadows in Necedah National Wildlife Refuge was revealed during the summer of 2006. Peat soil cores more than six-feet deep were collected from sedge meadows and radio carbon dating showed that plant material on the bottom of the cores is more than 11,000 years old. These cores also revealed the plant communities of the area and found that sedge meadows on the refuge are most closely related to meadows in northern Wisconsin. These open wetlands are dominated by sedges and grasses and are important habitats for the bog-haunter dragonfly, golden-winged warbler, whooping crane and American bittern.

The tallgrass prairie ecosystem, once one of our nation’s most diverse terrestrial ecosystems, has become functionally non-existent for the last 150 years. Loss and fragmentation of prairie landscapes combined with changes in natural processes have had negative consequences for many grassland plants and animals. The refuge is active in prairie restoration and it shows through the variety of prairie plants such as big and little blue stem grasses, blazing star, butterfly milkweed and goldenrods that serve as nesting and food sources for many species of insects and birds.