The National Wildlife Refuge System is a series of lands and waters owned and managed by the U.S. Fish and Wildlife Service. Wildlife conservation is at the heart of the refuge system. It drives everything we do from the purpose a refuge is established, to the recreational activities offered there, to the resource management tools we use. Selecting the right tools helps us ensure the survival of local plants and animals and helps fulfill the purpose of the refuge.

Refuges use a wide range of land management tools based on the best science available. Some refuges use prescribed fires to mimic natural fires that would have cleared old vegetation from the land helping native plants regenerate and local wildlife to thrive. The management tools used are aimed at ensuring a balanced conservation approach where both wildlife and people will benefit. At Minnesota Valley National Wildlife Refuge our conservation toolbox includes: 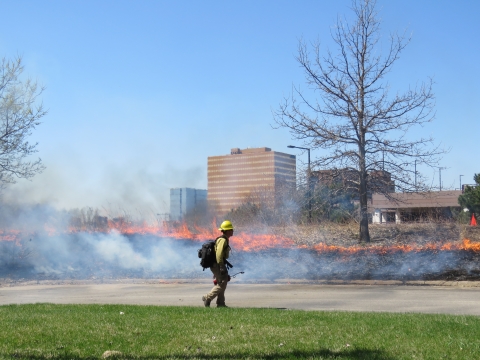 Refuge lands evolved with fire and continue to depend on periodic burns to remain productive wildlife habitat. Prescribed fire is one of several tools Minnesota Valley National Wildlife Refuge uses to restore prairies and oak savannas and reduce the risk of wildfires near populated areas.

Learn more about prescribed burn is the controlled use of fire to restore wildlife habitat. These burns are carefully planned. Fire professionals consider wind, humidity, temperature, and vegetation conditions, as well as smoke dispersion and nearby buildings, when planning a controlled fire. Safety is always the top priority. Due to weather variables, the exact days and times may not be known until the day before or the day of each burn. Ideal conditions can usually be found within a 6-week window in March, April or May; and again in October and November. 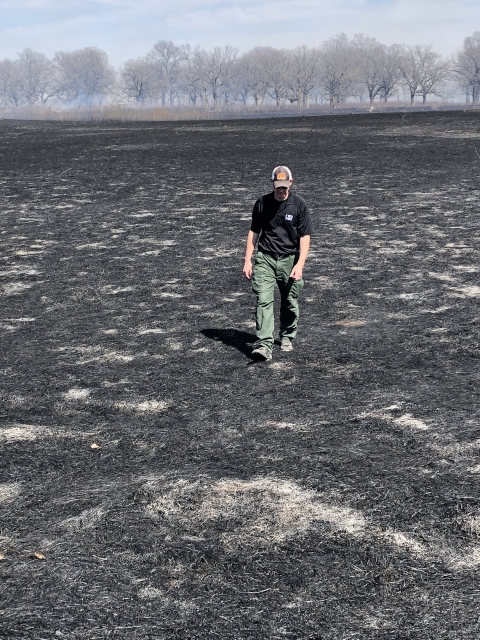 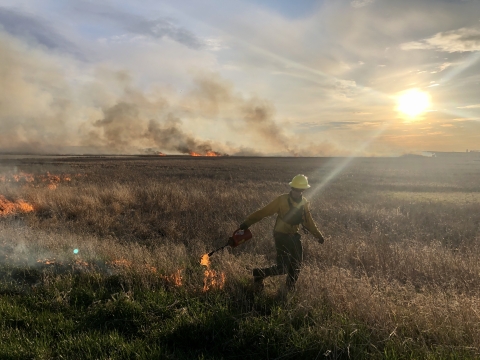 Though it appears a destructive force, many plants and animals evolved with and depend on fire. Visit any recent burn area and you’ll see new sprouts within one week, and lush, new growth of native grasses, sedges, and wildflowers within one month. The benefits of fire are numerous:

Round Lake in Arden Hills, MN is managed as a unit of Minnesota Valley National Wildlife Refuge (refuge). This site includes approximately 154 acres of shoreline and lake, and an additional 29 acres upland. View map here.

The Future of Round Lake

With selection of Alternative 4, the refuge will be able to move forward fulfilling its goal of transforming this space into a safe and welcoming place for both wildlife and people to enjoy.

For more information on Round Lake, please visit the key documents page.

History of Round Lake

Prior to the discovery of contamination, Round Lake was considered a valuable area for migrating waterfowl and other water birds. It was selected to become part of the National Wildlife Refuge System because of its known migratory bird use, the quality of the lake and surrounding habitat, and the recognized threat from development to it and similar areas on the edge of an expanding metropolitan area.

Active management of the lake’s water levels ceased in the mid-1980s based on a Refuge decision to use high water levels to separate wildlife and the public as much as possible from contaminants found in the lake’s sediments. At this time, public use was restricted to upland areas of the Unit.

Once the lake is safe for people and wildlife, the refuge will work with the community to consider expanding opportunities to enjoy the entire unit.

There is no entrance fee or parking permit required to visit the refuge.

For fee-based passes, we can only accept cash or check payment. We cannot accept credit card payment.

Some passes are available for purchase online. To purchase a 2022 Senior Annual, 2022 Annual, Military Annual Access or Senior Lifetime Pass, visit the U.S. Geological Survey Online Store. You can find more information about these passes and fee areas, order online or plan your trip to federal public lands at Recreation.gov.

Questions regarding law enforcement or violations on the refuge should be directed to a federal wildlife officer at 952-858-0711. General questions about hunting, fishing or other regulations can be directed to the visitor center at 952-854-5900, or via email at MinnesotaValley@fws.gov.