Image Details
Established in 1966, Flint Hills National Wildlife Refuge occupies an area of the broad Neosho River Valley upstream of John Redmond Reservoir. The wetlands that dominate the Refuge are prime resting areas for migratory waterfowl and a paradise for waterfowl observation and hunting. 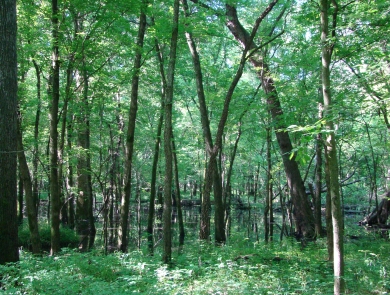 Depending on the time of year you visit Flint Hills National Wildlife Refuge - you may see flooded fields full of waterfowl or moist soil units full of flowering plants and pollinators. The diverse habitat of the Refuge is accessible by numerous roads crossing the Refuge including an auto tour route on the south side of the Neosho River. The Refuge is a major resting and stopping area for migratory waterfowl in the fall and spring and provides amazing opportunities for bird watchers.

Located in east central Kansas, Flint Hills National Wildlife Refuge lies in the broad, flat, Neosho River Valley. The Refuge is located in the tallgrass prairie region of the country, the Refuge is named for the gently rolling, fossil-studded hills found to the west of the Refuge. These hills were laid down when seas blanketed the area 250 million years. The Neosho and Cottonwood Rivers provide most of the water for the Refuge, which is located at the upstream end of John Redmond Reservoir. Refuge habitats include wetlands, bottomland hardwood forests, grasslands, river riparian riparian
Definition of riparian habitat or riparian areas.

Refuge staff use a variety of tools to manage and improve the habitats on the Refuge. Historically, the Neosho River floodplain was covered with hundreds of shallow wetlands, but most of these natural wetlands have been lost due to agriculture and other developments. Refuge staff use an intensive wetland technique termed moist soil management ,which mimics natural processes of rising and falling water levels. By controlling water levels, and with disking, mowing, and burning treatments, the Refuge produces ideal conditions for seed producing plants to grow. These seeds along with aquatic insects provide an abundant food source for migratory waterfowl.

Flint Hills National Wildlife Refuge is a haven for migrating waterfowl and it's location in the Central Flyway provides an excellent opportunity to see a variety of wildlife.