The U.S. Fish and Wildlife Service (Service) and Federal Highway Administration (FHWA) have standardized their approach to assessing impacts to Indiana bats and northern long-eared bats from highway construction and expansion projects; then avoiding, minimizing and mitigating those impacts.

The Indiana bat, an endangered species listed since 1966, is found across most of the eastern half of the United States.  The northern long-eared bat, a threatened species listed in 2015, is found in 37 states from the Atlantic coast westward to eastern Montana and Wyoming.  Section 7 Section 7
Section 7 Consultation The Endangered Species Act (ESA) directs all Federal agencies to work to conserve endangered and threatened species and to use their authorities to further the purposes of the Act. Section 7 of the Act, called "Interagency Cooperation," is the mechanism by which Federal…

Learn more about interagency consultation under section 7 of the ESA.

Consultation and mitigation approaches for impacts to Indiana bats from federal projects vary greatly across the 22 states of the species' range, and those approaches have been rapidly changing in recent years. Consultation approaches are likely to continue to evolve independently in response to the spread of white-nose syndrome across the species’ range. These variations and changes have caused uncertainty, conflict, delays, and large workloads for the Service, FHWA, and state Departments of Transportation (DOTs).

The northern long-eared bat’s range overlaps with the Indiana bat but is even more extensive (all or portions of 37 states), therefore, consultation issues similar to those experienced with the Indiana bat are expected. Consultation approaches for both species are likely to evolve in response to the spread of white-nose syndrome across the species’ ranges.

This landscape-level conservation strategy developed by the Service and FHWA encompasses the ranges of both bat species and provides transparency and predictability to FHWA and state DOTs through proactive planning. Information provided by this consultation and conservation strategy will allow these agencies to strategically avoid projects in high impact or high risk areas for the Indiana bat and northern long-eared bat. For projects that cannot avoid impacts, project proponents will have the information they need to design projects to minimize impacts, thus avoiding the need to revise projects later in their development. For large-scale projects or projects with greater impacts, priority conservation areas will be identified to offset and minimize the impacts of the take. This approach will increase the consistency of both project design and review, reduce consultation process timeframes, reduce delays, and contribute meaningfully to conservation of both species.

In summary, the FHWA and the Service, with the Federal Railroad Administration and Federal Transit Administration, completed a range-wide consultation and conservation strategy for Indiana bats and northern long-eared bats in June of 2016.  The programmatic biological opinion that resulted will help expedite the consultation process related to transportation projects and provide a consistent approach to conservation for the bats. The strategy includes: 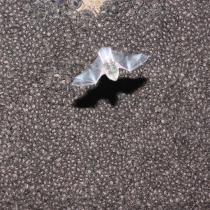 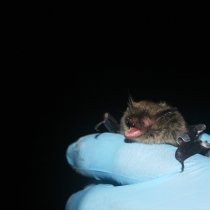