Image Details
Welcome to the Lahontan Fish and Wildlife Conservation Office! Our office is integral in the U.S. Fish and Wildlife Service's efforts to protect and restore threatened Lahontan cutthroat trout populations in the Lake Tahoe, Truckee, Pyramid and Walker Lake Basins and endangered Cui-ui in Pyramid Lake, in close partnership with tribes and other key partners. We are the California-Great Basin Region lead for the National Fish Passage Program and fish passage priorities in the State of Nevada.
View All News

The Lahontan Fish and Wildlife Conservation Office is located in Reno, Nevada and is one of three facilities within the Lahontan National Fish Hatchery Complex.  Our office supports recovery and restoration of native fishes and their habitat across Nevada and Eastern California. Lahontan Fish and Wildlife Conservation Office also works with multiple partners to advance conservation of tribal resources, including the Pyramid Lake Paiute Tribe, Washoe Tribe of California and Nevada, and Walker River Paiute Tribe.

Our biologists support recovery and restoration of native fishes and their habitat by:

National Fish Passage Program
The Fish Passage Program works with local communities on a voluntary basis to restore rivers and conserve our nation’s aquatic resources by removing or bypassing barriers. Our projects benefit both fish and people.
Program

Cui-ui were listed as endangered in 1967 and are believed to be the last genetically pure member of the lake sucker genus Chasmistes. They are a long-lived fish that are known to live up to 45 years of age and are only found in Pyramid Lake. They are obligate freshwater stream spawners. 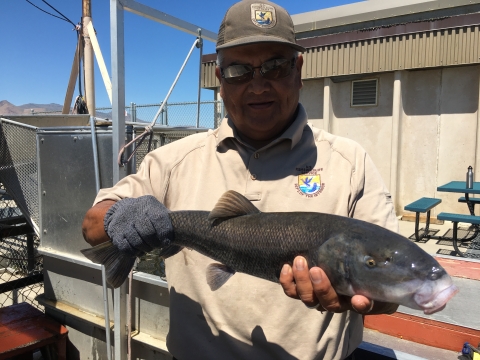 Through years of careful genetic management and refining conservation broodstock broodstock
The reproductively mature adults in a population that breed (or spawn) and produce more individuals (offspring or progeny). 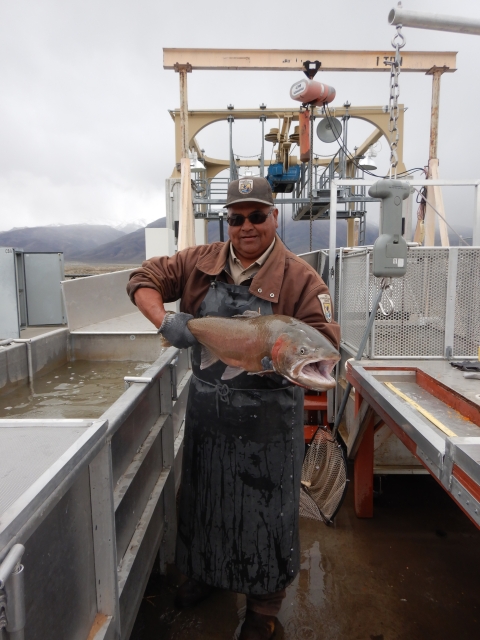