Image Details
Water (and fish) under the bridge

For Sharri Venno, keeping busy is effortless. Her role as the environmental planner for the Houlton Band of Maliseet Indians in Houlton, Maine ensures that there’s no shortage of challenging work to tackle. Sharri’s most recently completed project, however, shaped up to be more of a saga.

“I’m not sure when I wasn’t aware that there was a problem,” Sharri said, when asked about the project’s beginnings. “I can’t actually remember that far back.”

The root of the problem? A failing culvert.

Located where Moose Brook flows under an industrial road, the old and undersized culvert had become a barrier to the stream’s integrity, and, in the case of severe weather events, posed a serious flood risk to the community.

So, what happens when a culvert like the one at Moose Brook can’t function properly?

Moose Brook feeds into the Meduxnekeag River and has some of the most productive habitat for brook trout in the entire state of Maine. Fish and other aquatic species depend on this free-flowing, connected system to survive and reproduce.

Over time, however, erosion on the downstream side of the Moose Brook culvert caused it to become perched, with its outlet hanging above the water’s surface at times of low flow. This height difference cut off the connection necessary for fish to swim upstream.

The problem didn’t end there. If it became clogged by debris, the culvert could increase flooding during storms, too — a major concern to the Town and Tribe, and a threat to the stream’s water quality.

Finally, failure of the culvert would shut down Morningstar Road and prevent employees and emergency responders from reaching the Tate and Lyle ingredients plant. The facility, a large-scale manufacturer of products for food, beverage, and other industries, houses hazardous chemicals and is an integral part of the Town’s economy.

The plan seemed straightforward enough. The Town of Houlton, directly responsible for the culvert, approached the Tribe as a project partner, to pull together funding and restore the stream crossing.

The Houlton Band has depended upon the Meduxnekeag’s resources for generations. The health of this watershed and its wildlife is critical to preserving Tribal traditions and history.

Over the years, however, the Tribe’s connection to the land has been disrupted by industrial development. Water-quality degradation, loss of biodiversity, and barriers to fish passage have all weakened the link between the people and their customs.

For these reasons, restoring Moose Brook and its native species was one of the Tribe’s top priorities.

The Tribe first received funding for the Moose Brook project through the U.S. Fish and Wildlife Service’s Tribal Wildlife Grant program. The program provides funding for Tribes to implement conservation projects that benefit fish and wildlife resources and their habitats, including species of cultural or traditional importance to Indigenous communities.

According to Venno, who was involved from the beginning, the Tribe originally planned to complete the project solely with Tribal Wildlife Grant funds.

But, of course, things change — and get complicated. Following a robust assessment of the crossing, a slew of new issues came to light — including that the natural stream channel had been re-routed when the original culvert was installed — and it became clear their original cost estimate wasn’t going to cut it.

It was going to take help.

It’s projects like these that demonstrate the necessity of strong partnerships.
“We needed it. We needed all the partners to come together and get the funding needed to address these problems identified,” Venno said.

The Moose Brook project was supported by many: The U.S. Fish and Wildlife Service, The Nature Conservancy, the Federal Emergency Management Agency, the Environmental Protection Agency, the Natural Resources Conservation Service, the State of Maine’s Departments of Environmental Protection and Inland Fisheries and Wildlife, and the U.S. Army Corps of Engineers, among others.

But even with the strong partnership support, the project still had its challenges.

Obtaining funding for conservation projects can be a complex process, with narrow requirements for eligibility. The type of infrastructure, location, presence of endangered species — details like these can make or break the chance to be funded. Clearing these hurdles, in addition to managing partner relationships, meeting deadlines, and the construction process itself, is no easy task.

But the team carried on. After years of work pushing through setbacks, they finally removed the failing culvert and stabilized the removal site. Rather than a new culvert, a large, pre-built bridge with an open bottom was installed to handle heavy river flows. Finally, the team worked hard to recreate the original stream channel, securing it with boulders and logs.

With the Moose Brook crossing project now complete, residents can rest in knowing their community is safer from floods (and the expenses that come with them). At the same time, the project opens nearly 10 miles of stream for fish passage, improves water quality, and reconnects the brook to the Meduxnekeag River.

“I didn’t realize just how much we were going to have to engage with partners to make this work, because I did think it would be just a straightforward stream crossing project,” Venno said. “But I guess if the first stream crossing you do is hard, everything else looks like a piece of cake!”

Susan Young, natural resources director for the Tribe, appreciates the vital role the Service and funds from the Tribal Wildlife Grants program played in keeping the project alive.

“We’ve been fortunate to have a good working relationship with the agency, which we’ve been able to morph into this project,” Young said. “Because every time a player or partner changed hands, or another critical thing came up, it got pushed back again and again and again. It never would have happened without the flexibility that [the Service] was able to afford us.”

Moose Brook brought positive outcomes for the Service, too. It demonstrated how funding programs like the Tribal Wildlife Grant help fulfill our federal trust responsibility to Tribes. Our success depends on our Tribal relationships; by respecting and supporting Tribal interests and needs, shared conservation goals that improve and enhance fish, wildlife, and natural and cultural resources can be achieved — for the benefit of all.

Ready for the next challenge

Looking to the future, the Houlton Band is certain the lessons learned from Moose Brook will give them a leg up on planning and carrying out further conservation projects.

There’s no shortage of work to be done, either; Moose Brook is just one small part of their greater goal of restoring habitat and native species in the Meduxnekeag River Watershed. These efforts will ensure that the land, waters, and resources that the Tribe has depended on for centuries will sustain their community and culture.

Whatever project it tackles next, rest assured, the connections the Tribe has made over the past decade will stay with it. 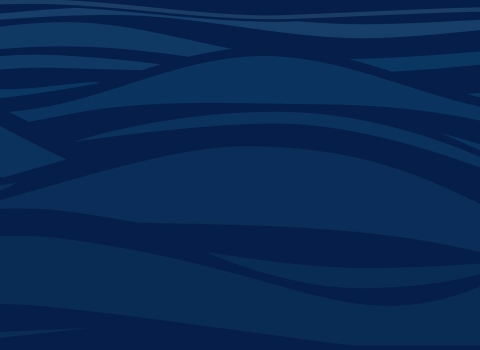 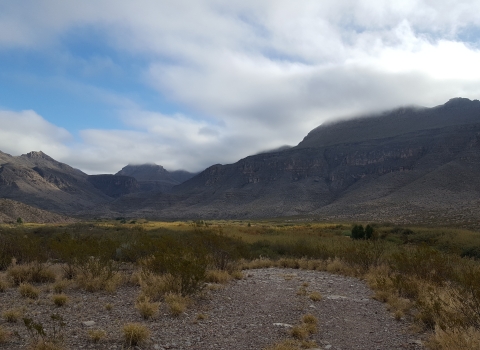