Learn more about Bipartisan Infrastructure Law (BIL). The law, signed by President Biden on Nov. 15, 2021, supports the work of the Service and its conservation partners and helps local, state and Tribal communities tackle the climate crisis while advancing environmental justice and boosting local economies.

The Department of the Interior will receive $30.6 billion over five years in direct funding through the BIL.  Of that, the Service was directly appropriated $455 million over five years for programs related to the President’s America the Beautiful initiative. These funds will help address climate change climate change
Climate change includes both global warming driven by human-induced emissions of greenhouse gases and the resulting large-scale shifts in weather patterns. Though there have been previous periods of climatic change, since the mid-20th century humans have had an unprecedented impact on Earth's climate system and caused change on a global scale.

“At its core, the Bipartisan Infrastructure Law is a significant investment in the nation’s infrastructure and economic competitiveness,” said Service Principal Deputy Director Martha Williams. “For the Fish and Wildlife Service, the law will build on proven projects, programs and partnerships that protect our cherished wildlife and natural resources as well as jobs and communities. These efforts will provide habitat restoration, invasive species invasive species
An invasive species is any plant or animal that has spread or been introduced into a new area where they are, or could, cause harm to the environment, economy, or human, animal, or plant health. Their unwelcome presence can destroy ecosystems and cost millions of dollars.

Learn more about invasive species control, conservation of at-risk and listed species, and other benefits to four significant ecosystems as well as opportunities to restore habitat connectivity for aquatic species around the country.”

The Service’s BIL funding will underpin programs and projects to restore habitat, control invasive species, conserve at-risk and listed species, and improve habitat connectivity for aquatic species around the country. For example, the objectives of the Service’s Klamath Basin Restoration Program include enhancing captive-rearing of Endangered Species Act-listed sucker species at the Klamath Falls National Fish Hatchery, addressing water quality and water quantity issues throughout the basin, and supporting projects that will help improve conditions for waterfowl and salmon and other native fish species throughout the basin. The Service is working closely with Klamath Basin stakeholders on its BIL-related efforts.

BIL funds also will support the Service’s work through the Sagebrush Ecosystem Team, which builds on an existing collaborative effort with public and private partners to conserve the sagebrush sagebrush
The western United States’ sagebrush country encompasses over 175 million acres of public and private lands. The sagebrush landscape provides many benefits to our rural economies and communities, and it serves as crucial habitat for a diversity of wildlife, including the iconic greater sage-grouse and over 350 other species.

Learn more about sagebrush ecosystem of the American West and the nationally significant biological, cultural and economic resources it supports. Working across 13 western states and multiple jurisdictions, the partnership will use leading-edge science and a Strategic Habitat Conservation (SHC) approach to identify the most pressing threats to a sustainable sagebrush ecosystem, such as invasive species and wildfire, and will invest in tangible, measurable actions to address those threats in the face of a changing climate.

Delaware River Basin Program BIL funding will provide competitive matching grants for habitat conservation to state and local governments, nonprofit organizations, institutions of higher education, and other eligible entities in the Delaware River Basin in partnership with the National Fish and Wildlife Foundation. The Delaware River Watershed Conservation Collaborative includes more than 40 partner agencies and organizations. Since 2018, the fund has awarded $26.6 million to 123 projects, which generated $46 million in match, for a total conservation impact of $72.6 million. The program will set priorities for advancing green infrastructure in the Delaware River watershed to guide strategic investment of $26 million (over five years) in infrastructure funding that will be available in this region.

In continuing its work on Lake Tahoe restoration, the Service will deploy BIL funding to provide important capacity to control aquatic invasive species for the benefit of Lahontan cutthroat trout and other native species. The trout is a threatened species under the Endangered Species Act and is a recovery priority for the Service, Washoe Tribe, Pyramid Lake Paiute Tribe, and other federal and non-federal partners in the Lake Tahoe basin. 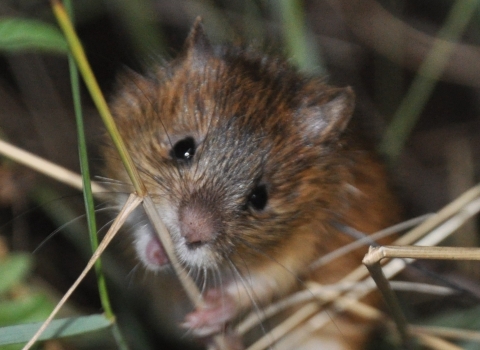