A lifetime on the land, a gift for finding the lost

The Selawik National Wildlife Refuge looks like 2.15 million acres of taiga and tundra to a person who doesn’t know better.

It is a rich collection of a diverse ecosystem, for sure, with lakes, rivers, tundra, and forests. It holds an important migration route of the Western Arctic caribou herd. The area thrives with aquatic life, with fresh fish available year around within the river deltas.

To Frank “Sonny” Berry Jr., many places in the 150-mile swath of the Selawik basin have the history of his life, family, friends and the Iñupiat who have lived before them. There is the place where he shot a black wolf. Or where he found Frankie, who was lost. He can point to the last place he camped with his mom and dad.

The stories go so far back that Berry can point out the place where Qayak Man killed Copper Man, a story from Iñupiaq folklore.

Berry, like others whose ancestors have lived there for generations, knows the land because he lives from the land.

“My favorite job is being out on the land, out in the country,” said Berry, a maintenance worker for the Selawik National Wildlife Refuge, U.S. Fish and Wildlife Service. “I like getting out to the land, camping, getting subsistence food for the elders.”

Berry knows the country so well that people who live near the Selawik National Wildlife Refuge depend on him for search and rescue. The twisting and interconnected rivers and sloughs are plentiful and the land is vast. No roads connect communities, and local residents travel mostly by boats and snowmobiles, depending on the season, to hunt, fish, pick berries, and visit friends and relatives in nearby villages. Many things can go wrong when traveling on the land and water, including storms, poor visibility, motor breakdowns, and getting lost. Berry is capable of going out at any minute of the day to look for someone, he said.

“I do have a built-in GPS,” Berry said. “If you have knowledge of the land, it gets easy.”

"Also, try to think like the lost person," Berry said. “In order to find someone, you have to get lost,” he said.

Berry received the Valor Award at the U.S. Department of the Interior Honor Awards Convocation in Washington D.C. on Sept 12, 2019 for rescuing a Selawik resident stranded on river ice during break up last spring, said Susan Georgette, SNWR manager.

“He has the knowledge, the hardiness, the resilience that many people in the villages have here,” she said.

Georgette has been with the refuge for 14 years, the last five as refuge manager. She has been able to better understand and articulate the differences between Western and Inupiaq culture from working with Berry and other indigenous people of the area.

“You can’t make many plans too far in advance here,” she said. “People live more in the moment, as far as the weather is concerned. But people can respond very quickly, if you need something today. Life is more fluid.”

Being the SNWR manager means taking trips out into the refuge. Georgette depends on Berry’s expertise.

“I’ve always thought of Sonny as one of the indispensable people on our staff,” she said. “He keeps us safe. He embodies many of the Iñupiaq values I’ve come to understand. He has respect for the land. A huge amount of humility.”

Anywhere they stop, Berry has a story about the place, she said.

“This is where people hunt geese early in the spring, he’d say,” she recalled. “This is the place where he saw eight wolves had bedded down. This is the place he had to wait out a storm. These stories provide a deep, human dimension to the landscape.”

In the summer, refuge staff travel by boat. In the winter, they use snowmachines. Spring is a good time to camp and explore the refuge, because the days are longer, but the land is still snow-covered, she said.

“We’ll sleep in a tent with a small wood stove,” Georgette said. “Sonny usually just sleeps on his sled when he is out camping. We’ll wake up and light our wood stove and he’ll already be up and outside, grinning from ear to ear.”

Berry learned this way of life that has been passed down from elders, to his parents and to him.

The Selawik refuge was established in 1980 under the Alaska National Interest Lands Conservation Act. In this part of the state, the Alaska Interior’s boreal forest gives way to Arctic tundra, creating a landscape rich in fish, waterfowl and large animals. The Western Arctic Caribou herd, the largest in Alaska and numbering about 259,000 animals, crosses the refuge twice a year in the spring and fall.

The refuge’s purpose is to conserve the caribou, birds, salmon and other fish, to provide continued subsistence uses, to fulfill treaty obligations and to maintain good water quality and quantity. The name Selawik is derived from “siiļvik” an Iñupiaq word for “place of sheefish.” Sheefish are prized as a subsistence food by local residents, and one of the region’s two sheefish spawning grounds is located in the upper Selawik River. With few salmon found in the Selawik River, local residents rely on sheefish, whitefish and northern pike for much of their staple foods.

The maze of waterways and wetlands on the Selawik River delta make it difficult for visitors to find their way around, Georgette said. That’s one of the reasons why Berry has been so important. Refuge staff rely on him to guide visiting researchers as well as many of his co-workers.

At age 58 at the time of his award, Berry knows that it’s time to pass on his knowledge to younger people, just as he learned from his parents and elders. There is a difference, he notes. The younger generation are witnessing how the land is responding to climate change climate change
Climate change includes both global warming driven by human-induced emissions of greenhouse gases and the resulting large-scale shifts in weather patterns. Though there have been previous periods of climatic change, since the mid-20th century humans have had an unprecedented impact on Earth's climate system and caused change on a global scale.

“The water is very scary nowadays,” Berry said. “The land is eroding. We need to let our younger generations lead our future.”

He encourages young people to go out on the land, to learn it, to hunt it, to gather on it, to bring food back for the elders, he said.

One thing necessary for surviving on the land will likely not change and that is dressing warmly, taking the right gear and the right rifle.

“It’s very hard in Alaska if you don’t have the proper equipment for survival,” he said. “In the past, I’ve done a lot of search and rescue. And I’ve found people in sad condition. Some not dressed warm. Some people in the water. I’ve helped them. That’s very scary, but you have to do it with the knowledge you’ve got. You got to do it without being scared.”

Story by Diana Campbell, a longtime Alaska writer and is a Gwich’in/Alutiiq member of the Native Village of Venetie.

Diana Campbell is a longtime Alaska writer and is a Gwich’in/Alutiiq member of the Native Village of Venetie. 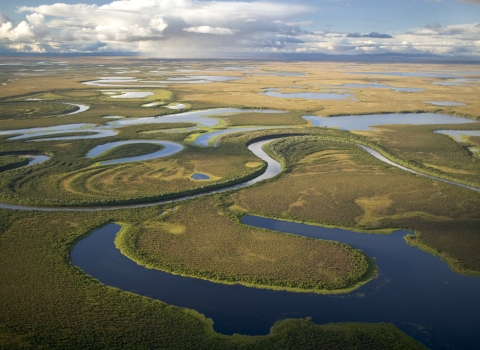 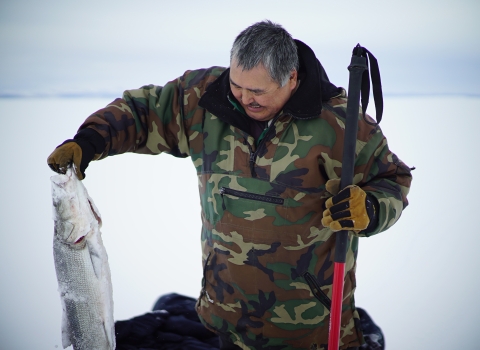