The night was winding down when Ronald King and his friends first entered the Suds Factory in Syracuse, New York. After a fun night of partying, it was time to turn it down a notch and play a game of pool. “It was quiet because my friends and I already hit every other bar in town and we were ready to settle down,” laughed Ronald. 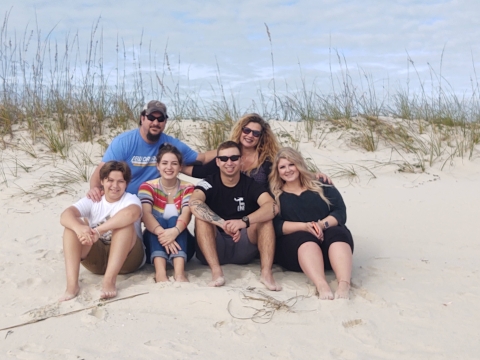 That’s when Ronald first spotted a group of girls in the bar who were celebrating a bachelorette party. The guys invited the girls to play a game of pool. By the end of the night, Ronald managed to get the phone number of one of the bridesmaids, Carrie Hall. Although Carrie did not give her contact information to strangers, Ronald successfully found it. “I was the only guy who got her number!” he boasted.

Carrie remembers the moment fondly: “He was such a gentleman and I loved his southern drawl,” laughed Carrie. “He also asked my permission to take me out on a date sometime.”

A member of the United States Army, Ronald would not be able to call Carrie for the next 30 days due to training in Fort Polk, Louisiana. During that time, the events of September 11th occurred, which also happened to be Carrie’s birthday. “He was all I could think about. He was the only soldier I had ever really met. I was worried about him when he didn’t call,” remembered Carrie.

Thankfully, Carrie DID receive that long-awaited call. The two went out on a movie date and spent every waking moment together, after that.

One month later, Ronald asked Carrie to marry him. “I was deploying to Kosovo for seven months. When I got back, we got married at the KNAPP Winery & The Vineyard in the Finger Lakes region of New York,” recalled Ronald.

Twenty years later, Ronald is now retired from the military and he and Carrie are still going strong. The pair moved to Daphne, Alabama when Carrie was hired as the administrative officer for the U.S. Fish and Wildlife Gulf Restoration Office; the branch was created after the oil spill incident of 2010.

Carrie wears many hats, and the staff could not run efficiently without her. “My job includes my support actions, tracking property inventory, space, purchasing, travel guidance and many other administrative duties,” explained Carrie.

As Ronald moved with Carrie to Daphne, he was unsure of where this new journey might take him. But fate was on his side; he found a job announcement for ANOTHER Service office near the same city. The Alabama Ecological Services Field Office (AESFO) was in desperate need of an administrative assistant. Field Supervisor Bill Pearson interviewed Ronald, and offered him the job. “I had no idea he was married to someone who was already working for the Service. He did not even mention it during the interview,” recalled Pearson. 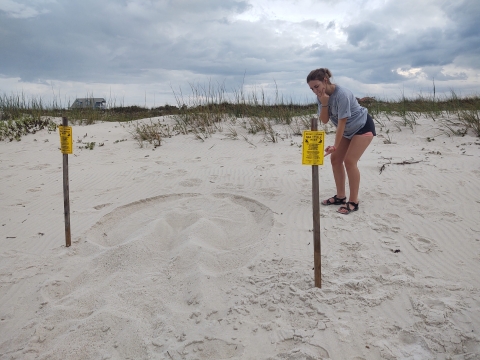 As the administrative assistant, Ronald’s job is to process and distribute hundreds of projects in need of endangered species consultations; projects that ensure Alabama’s natural resources are being protected. Pearson said the job is one of the most important in the office. “Ronald is the first person someone sees when they walk through our doors. He is the ‘central nervous system’ of our entire operation,” explained Pearson.

“Every single project that comes to our office goes through Ronald, from start to finish. His hands are on everything, from scanning the project, assigning it to the proper staff, ensuring the consultations are concluded within our 30-day deadline, and mailing our permits and responses to the appropriate people. It’s a regimented process that leaves little room for error,” said Pearson.

After joining the Service, Ronald and Carrie found a new passion: sea turtles. During nesting season, they volunteer their time looking for sea turtle nests with a group called Share the Beach.

Volunteering with the group was originally Carrie’s idea. “When I was hired by the Gulf Restoration Office, I was exposed to so many amazing sea turtle projects. I also have a daughter who loves marine life and is very good in biology,” explained Carrie. “I wanted to explore a volunteer opportunity that my family could do together, and the Service’s mission of conservation is something very special.”

Searching for sea turtle nests is no easy task. Volunteers have to wake up before the sun rises. They walk the beach for miles at a time looking for sea turtle crawls; crawls are marks in the sand made by the turtle’s flippers.

Ronald quickly realized walking wasn’t for the weak. “It can be long and gruesome if you’re not in shape,” laughed Ronald. “I am in good shape, but I have hardware in my back that makes it difficult to walk in the sand for miles.”

Although it’s a challenge to wake up so early, Ronald enjoys the serenity of a dark beach. “It is so quiet down there; you only see fishermen putting lines out,” said Ronald. “We feel blessed every time we watch some of the most beautiful sunrises.”

Most of the time, a crawl is a good indication a sea turtle nest is nearby. Since sea turtles are a threatened and endangered species, the Service and its partners have an obligation to protect the nests. 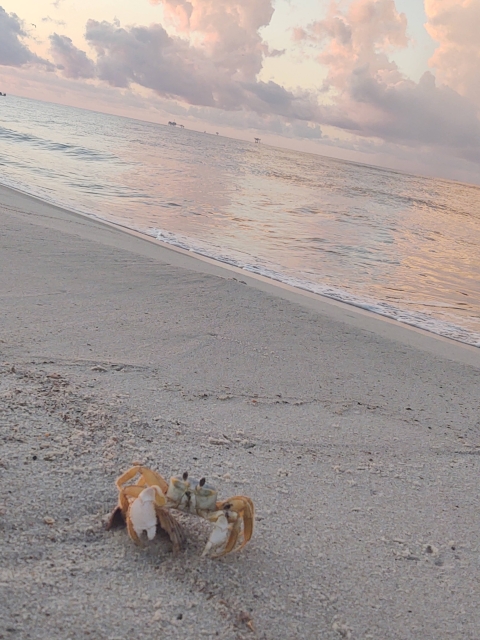 “On our first outing, we noticed the marked off area of the beach that included Service signs. Seeing those signs filled my heart with pride, and offered an opportunity to share with my daughter what some of the biologists do,” said Carrie.

Although the King family has yet to spot a nest, Carrie recalls the excitement she felt when they thought they’d found one. “Our nesting site turned out to be a ‘sand angel’ made by a child on the beach,” said Carrie. “It was disappointing, but we learned the difference.”

Still, there is never a dull moment when the Kings walk the beach. They are in awe of the coastal wildlife. They are also entertained!

“There are cranes fishing on the shore. We named the cranes Fred, and look forward to each one we see!” laughed Carrie. “The ghost crabs are comedic. They run out and hide, yet some are brave and stand their ground to a giant human who is trying to check them out!”

“The wildlife is crazy,” said Ronald. “I love laughing at the crabs and cranes running around. It seems like a screenshot out of ‘Finding Nemo’ where the seagulls are screaming ‘mine, mine, mine.’ It makes you laugh every time!”

While the Kings enjoy playing a role in conservation, they say their family time is what makes volunteering so special. “The landscape is picturesque,” explained Carrie. “It is a beautiful, peaceful time that I have fully enjoyed, and I am making memories with my family with each adventure we set.”

Sea turtle nesting season starts May and runs through October. For more information, contact the U.S. Fish and Wildlife Service or Share the Beach volunteer group. 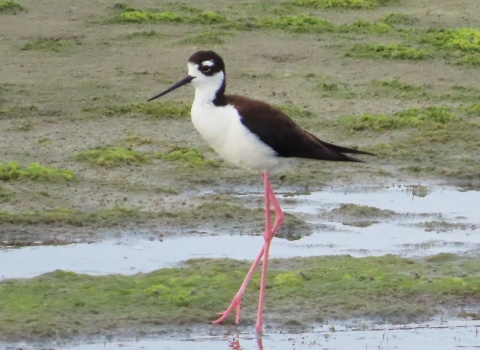 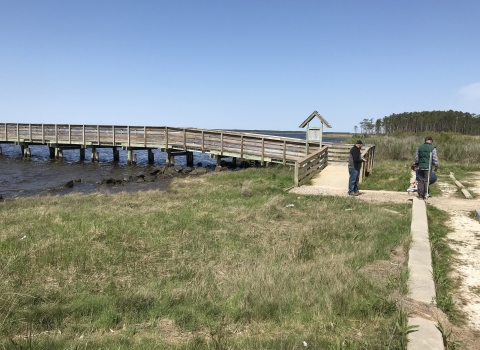 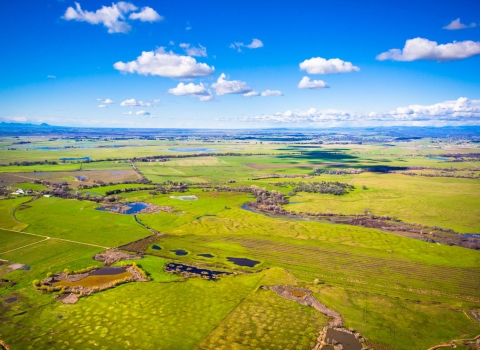