On a cool, rainy day in late April, a small group gathered in a remote parking lot near Lee Creek Reservoir in Van Buren, Arkansas. They were waiting for a semi-trailer truck to arrive with nearly seven tons of steel destined for a series of bat caves on private lands in northwest Arkansas.

The team consisted of staff from the city of Fort Smith, Arkansas; the Arkansas Game and Fish Commission; the U.S. Fish and Wildlife Service’s Arkansas Ecological Services Field Office; various contractors; and a group of eager volunteers with the Arkansas Wildlife Federation. The challenge of transporting 20-foot sections of steel one mile over the rugged Boston Mountains was daunting.

But the challenge of erecting protective steel gates pales in comparison to the difficulties faced by Ozark big-eared bats. A number of threats – white-nose syndrome, loss of summer habitat, human disturbance – affect this federally endangered bat. People in caves, during periods of hibernation when food is unavailable, can cause bats to awaken, which depletes the energy reserves bats need until food is available. The beautiful scenery and interesting geology surrounding the caves attract hundreds of outdoor enthusiasts each week. They sometimes pass within a few feet of the imperiled bats. With an estimated 2,000 Ozark big-eared bats in the wild, every action that reduces threats and provides protection helps the species recover.

For two weeks, through torrential downpours, tornadoes, hail, heat, cold, humidity, and steep terrain, Kristen Bobo and Jim Honaker, contract gate-builders, engineered and welded the specially designed airflow gates. Team members ably assisted. The gates were specifically designed to be bat friendly and won’t interfere with echo-location, air flow, or the bats’ ability to access the caves. The northern long-eared bat (threatened) and the tricolored bat (petitioned) also use the hibernacula and will benefit from the new cave gates. 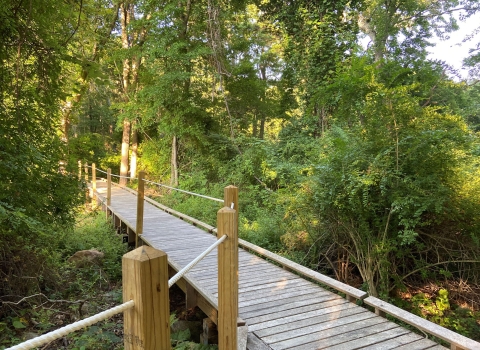 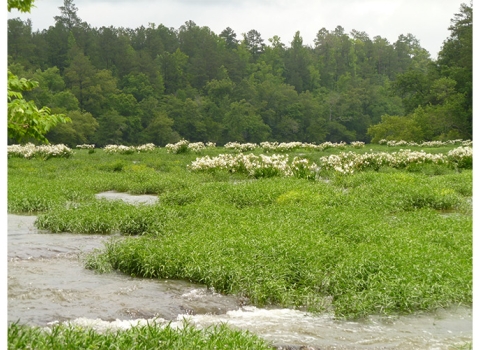